Why Milton Friedman Was Wrong 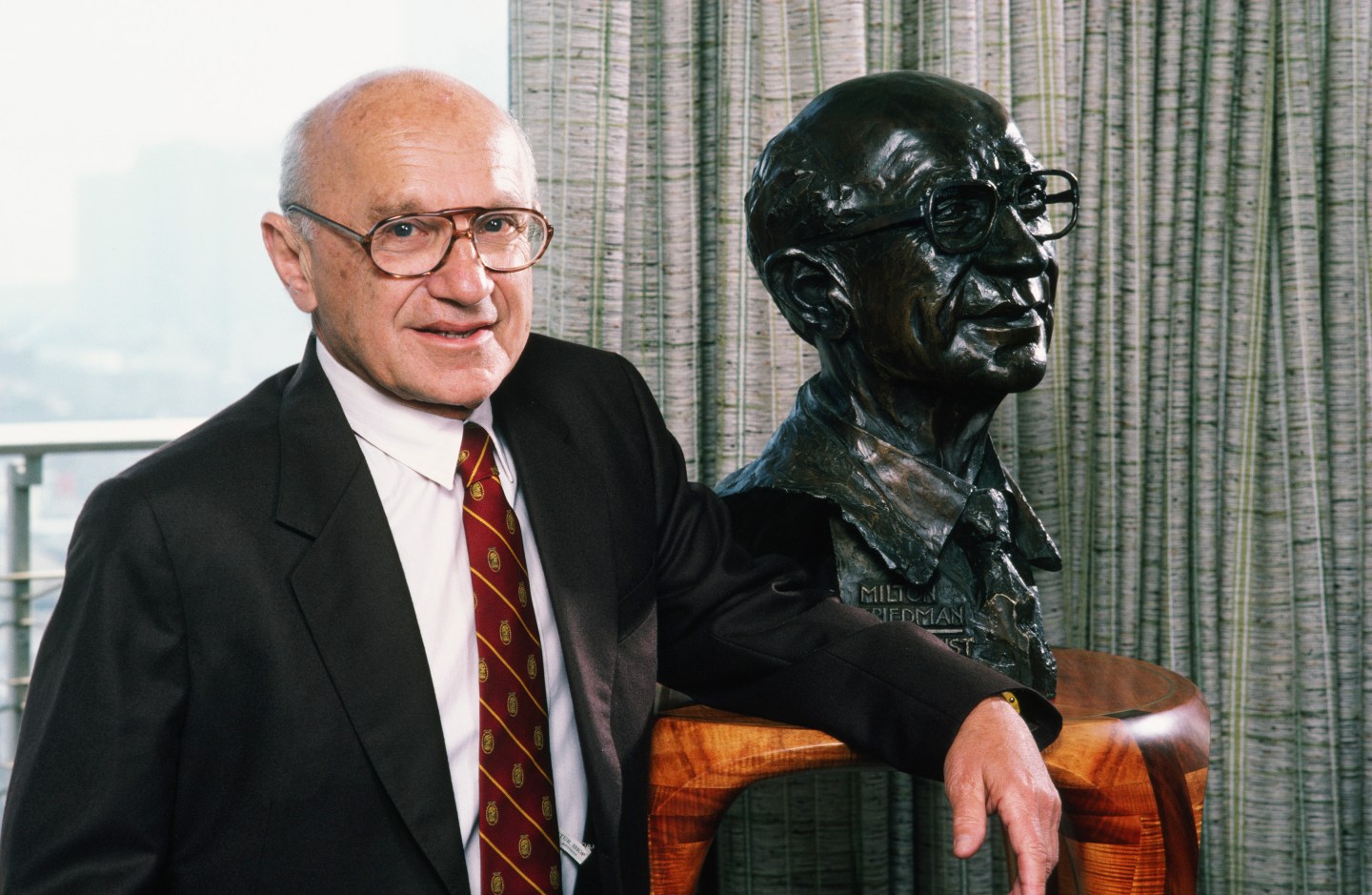 In an interview this summer, Microsoft (MSFT) CEO Satya Nadella was asked whether he thought companies creating technology had a responsibility to consider the effects of that technology on social equity.

The late Milton Friedman had a ready answer. “The social responsibility of business,” the economist often said, “is to increase its profits.” Period.

But Nadella took a different approach: “I think we don’t have a long-term business if we don’t address the inequities.”

As I’ve argued before in this space, capitalism is under attack. Having won the great ideological struggle of the 20th century, it faces a new and more diffuse challenge in the 21st. The quarter-century since the collapse of Communism has seen the greatest alleviation of poverty in human history. But it has also created deep pockets of disaffection in developed countries, where workers have been displaced by overseas labor. And it has fed rising inequality within countries. This year’s pro-Brexit vote and the Trump and ­Sanders insurgencies provide powerful punctuation to the trend.

My friend Dan Yergin, whose book The Commanding Heights documented the triumph of free-market faith at the end of the last century, cites four reasons for the current rebellion. The first is the aftershock of the 2008 financial collapse, which undercut confidence in markets. The second is rising inequality within countries. The third is the realities of global trade, which creates losers as well as winners. And the fourth is fading memories of the old order. Socialism sounds better to a generation that has no memory of its legacy of poverty, thwarted opportunity, and oppression.

And there is a fifth reason: the failure of governments. The 20th century assumed it was the job of government to address most social problems. The 21st century has witnessed too much ­corruption, incompetence, and political gridlock to ­assume the same.

For all these reasons, an ever-growing group of business leaders have come to believe that they must take up the mantle. The best businesses, of course, have always put purpose at the center of their strategies. But members of this new group realize that restoring public trust is essential to their long-term ­success. Increasingly, they are building intentional efforts to address social problems into the core of their business plans.

It is these efforts that we highlight in our second annual Change the World list. Our partners in this effort are Michael Porter of Harvard Business School and Mark Kramer, of FSG and the Shared Value Initiative, who were early leaders in bringing what they call “creating shared value” to mainstream business thinking. Their pioneering work has led nearly 500 universities around the world to incorporate the notion of shared value into their curriculums. A growing number of companies have made addressing social goals an explicit part of their strategy. And even the investment community is beginning to recognize that social goals and superior returns may go hand in hand.

For more on our Change the World list, watch this Fortune video:

Integrating societal needs into corporate strategy “has moved into the mainstream and is growing exponentially around the world,” Porter and Kramer write in an essay accompanying this year’s list, which can be found at fortune.com/ctw-essay. “Companies are moving beyond often fuzzy notions like sustainability and corporate citizenship to making meaningful social impact central to how they compete.”

You’ll find some inspiring examples of that trend in our package of stories. Let us know what you think. We believe, like Nadella, that such efforts are critical to the future of business.

A version of this article appears in the September 1, 2016 issue of Fortune with the headline “The Fight for the Future of Business.”