Why Great Presidents Are Often Psychopaths 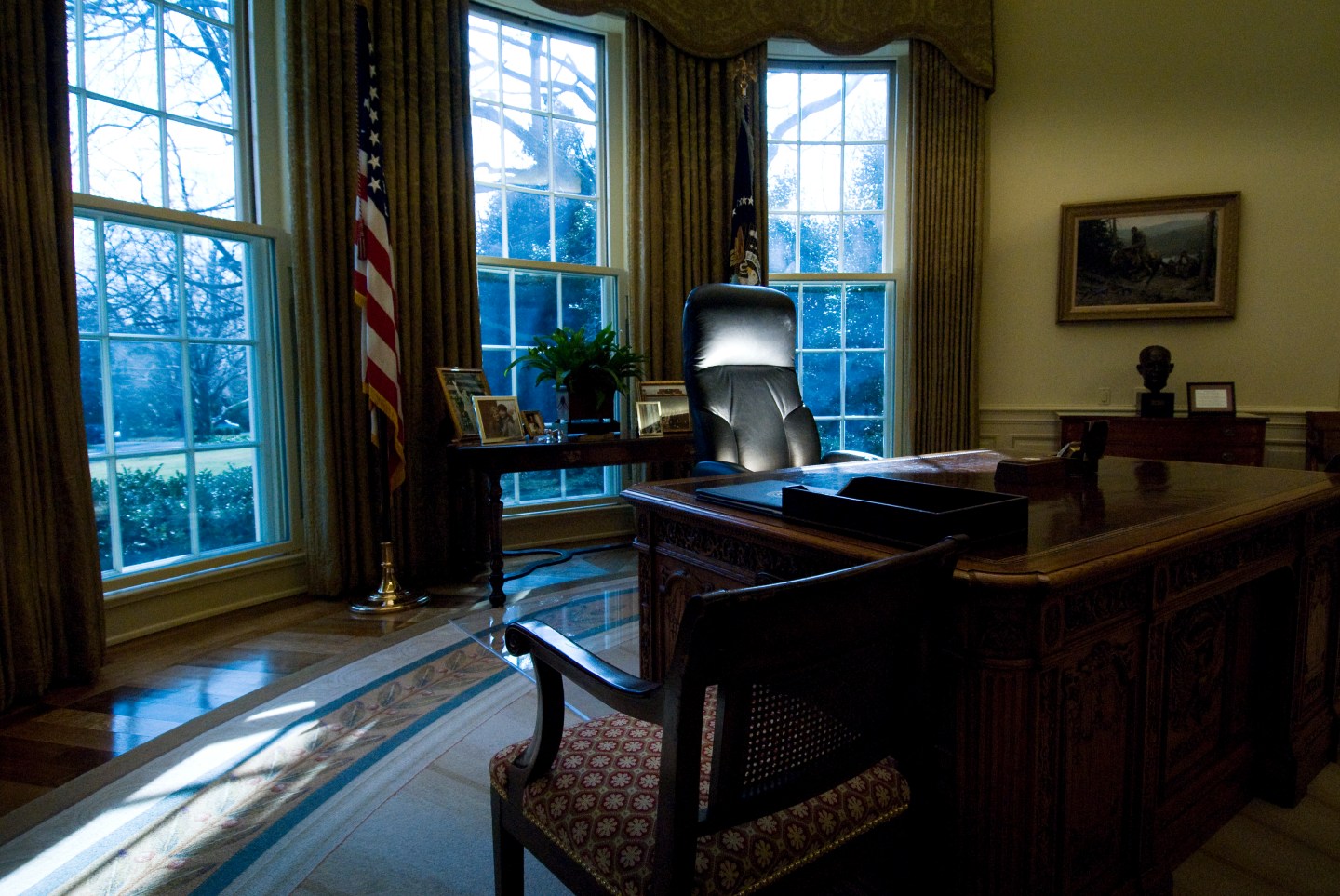 The president's desk, named Resolute, sits in the Oval Office at the White House in Washington, February 29, 2008. The current West Wing office of the president of the United States, constructed in the shape of an approximately 11m by 9m oval in 1934, sports a woven wool rug with the presidential seal. REUTERS/Jonathan Ernst (UNITED STATES) - RTR1XQS1
Jonathan Ernst — Reuters

What do these presidents have in common? Theodore Roosevelt, Franklin Roosevelt, John F. Kennedy. When I saw that question posed by University of California Irvine neuroscientist James Fallon, my response was that they were the three most popular presidents of the 20th century.

Now what about Gerald Ford, Jimmy Carter, and George H.W. Bush? All markedly less popular—each lost his bid for re-election. What I didn’t know is that biographers of each president had been asked to rate their subjects on a standardized assessment of psychopathic traits. Those first three super-popular presidents ranked No. 1, 2, and 3; they were America’s most psychopathic presidents. The three who couldn’t win a second term ranked among the least psychopathic.

It isn’t even Labor Day yet, and already supporters of Hillary Clinton and Donald Trump are calling their opponent a psychopath; just Google “Trump psychopath” or “Clinton psychopath” for an ever-lengthening list of examples. But maybe all those fierce partisans should be applying the term admiringly to their own candidate. Oxford University psychologist Kevin Dutton argues that psychopathic traits are common in successful leaders and in fact help them do their jobs. His argument in the new Scientific American Mind is here, but you have to pay to read the whole thing; a good synopsis is here.

Read more: What We Actually Know About Clinton’s and Trump’s Health

While we all use the term “psychopath” as a hard-fisted pejorative, it’s more complicated. Dutton even wrote a book called The Wisdom of Psychopaths. So what does the term really mean? To summarize as severely as possible, here are the eight traits that psychologists measure in identifying psychopathy: social influence, fearlessness, stress immunity, Machiavellian egocentricity, rebellious non-conformity, blame externalization, carefree nonplanfulness, and coldheartedness. It’s obvious how some of those traits (social influence, fearlessness, rebellious non-conformity) could help a leader attract followers. Other traits (stress immunity, coldheartedness) are clearly helpful to someone making the brutally hard decisions that leaders face.

The uncomfortable bottom line is that “psychopathic traits are pretty well represented in politicians and world leaders,” says Dutton. They not only help leaders respond to “all sorts of nasty kinds of crisis,” they also help them achieve high office. Political leaders “have to be pretty confident to run for office at all,” Dutton says. “They have to be very good at presenting themselves in a certain light. And they have to be very persuasive and manipulative.”

For what it’s worth, Dutton asked an unnamed “seasoned political reporter” to complete the eight-trait assessment for some of the U.S. presidential candidates. Both Trump and Clinton ranked in the top 20% for psychopathy—Trump was higher; Clinton was about even with Ted Cruz.

Now your assignments, in order of increasing difficulty: Practice saying “My candidate is a psychopath. And that’s okay.” Estimate where your boss and spouse or other life partner rank on the psychopath spectrum. Then estimate where you rank, and ponder what that may mean for you as a leader.