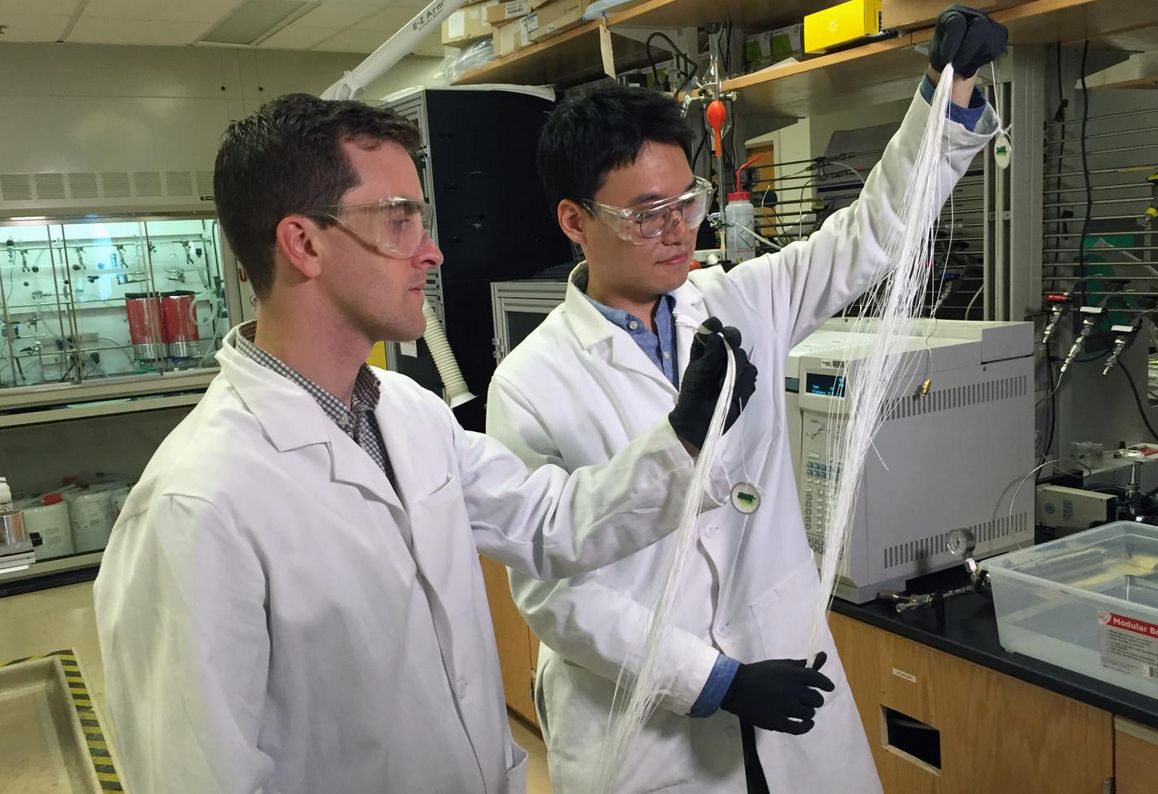 Scientists at oil giant Exxon and Georgia Tech have created a material that they say can drastically lower the energy use of a key step in the manufacturing of plastic.

The findings will be published in the journal Science on Friday, and were detailed in releases by the university and the oil firm on Thursday.

The researchers created carbon-based filters with tiny holes that can separate out an important building block of plastic from its more complex mixture. In traditional plastics manufacturing, this step requires ultra high heat and energy.

But the Exxon (XOM) and Georgia Tech scientists say they can accomplish this step using a form of reverse osmosis, or basically using pressure to push the mixture through their membrane and separate the ingredient. Reverse osmosis is commonly used in the water clean process called desalination.

For more on why Exxon had an awful first quarter watch our video.

The new process can be performed at room temperature, and eliminating the need for heat, drops the energy use of the step significantly.

The team thinks their technology could be commercialized and help in the global chemical and plastics manufacturing industries. Exxon says the annual amount of energy used in traditional plastics separation each year is the equivalent of about 20 power plants.

As a massive global oil company (and the second largest company on our Fortune 500 list), Exxon is both a major user and generator of energy, and is a large contributor to the world’s carbon emissions. Exxon has been accused of spending decades researching the realities of climate change and then spending money on publishing misinformation about the environmental changes to protect its fossil fuel interests.

Benjamin McCool, an advanced research associate at Exxon who worked on the tech, says the next steps are testing the filters at larger plants and seeing how well they work.