Donald Trump Says He Does ‘Regret’ Some Past Remarks 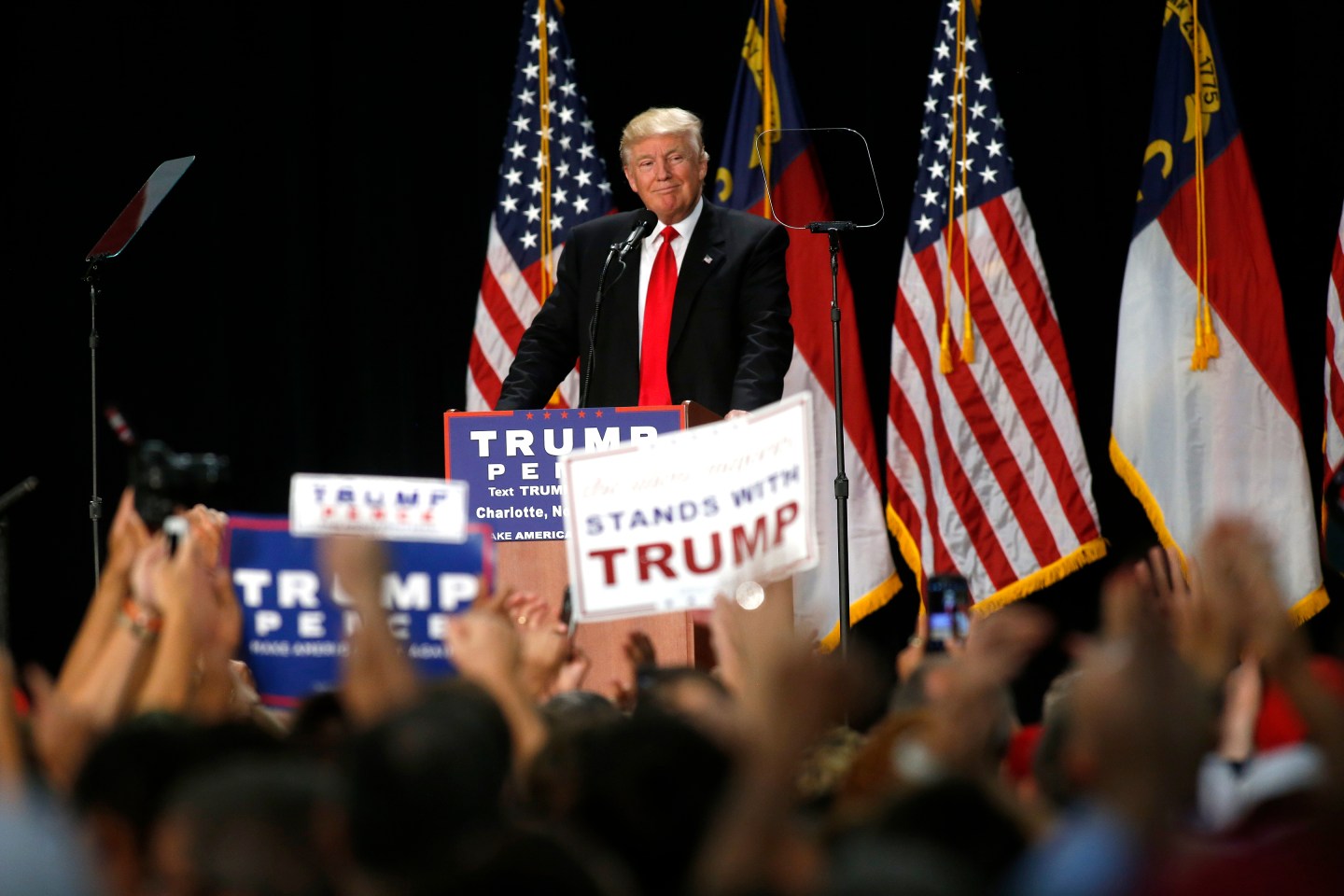 Donald Trump struck a compassionate tone at a rally Thursday night, saying he does “regret” some of his past statements.

“Sometimes, in the heat of debate and speaking on a multitude of issues, you don’t choose the right words or you say the wrong thing,” Trump said in Charlotte, NC, reading prepared remarks off a Teleprompter. “I have done that and, believe it or not, I regret it. And I do regret it, particularly where it may have caused personal pain.”

His speech Thursday came days after a campaign shake-up which brought on Stephen Bannon, formerly of the right-wing website Breitbart News, to be campaign CEO. Trump opened his talk with an appeal to American unity, a theme he carried throughout the evening. “When one state hurts, we all hurt,” he said of the flooding in Louisiana.

Later, he made an explicit pitch to African-Americans. “If African-American voters give Donald Trump a chance by giving me their vote, the result for them will be amazing,” he said. “What do you have to lose by trying something new?… This means so much to me, and I will work as hard as I can to bring new opportunity to places in our country which have not known it in a very long time. Hillary Clinton and the Democratic Party have taken African-American votes totally for granted. Because the votes have been automatically there for them, there has been no reason for Democrats to produce.”

Trump told the crowd he would fight for them and hammered Democratic nominee Hillary Clinton as being out of touch and unwilling to be truthful or apologize for mistakes. “While sometimes I can be too honest, Hillary Clinton is the exact opposite,” Trump said. “She never tells the truth.”

“In my administration, every American will be treated equally, protected equally, and honored equally,” Trump said. “We will reject bigotry and hatred and oppression in all of its forms.”