The Mystery of Hain Celestial’s Accounting 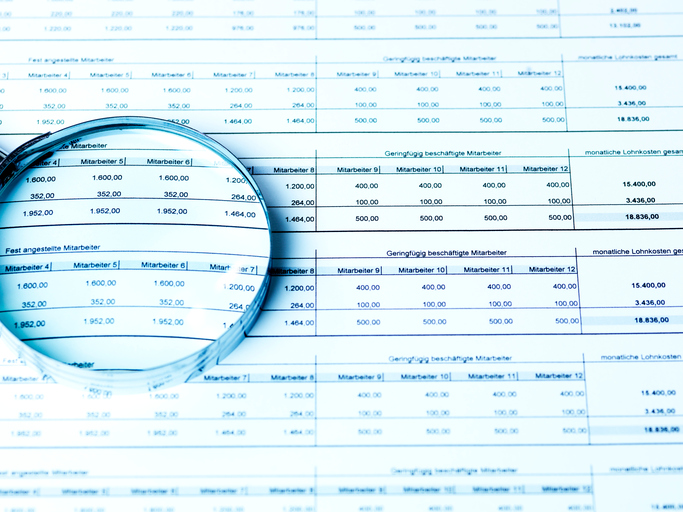 On Monday, shares of Hain Celestial (HAIN) hit a 10-month high of over $53, posting a 35% gain in 2016 and easily outpacing the S&P 500. It looked as though the purveyor of such natural and organic brands as Yves Veggie Cuisine, Greek Gods yogurt, and Health Valley cereals was delivering on its rapturous last name. But late that day, Hain announced that it was delaying its fourth-quarter earnings release because of accounting irregularities. On Tuesday, its stock plunged 26% to $39.35, erasing $1.55 billion in market value.

A blowback that severe means investors fear this isn’t an easily fixable blip, but a danger sign for Hain’s basic business.

But is that the case, or are investors overreacting? To decide, let’s closely examine the details that Hain disclosed, and what they may mean for its sales and profits going forward.

Hain announced that it will miss its previous profit and revenue guidance for fiscal 2016 (ended June 30), and that its audit committee is conducting an independent investigation of both the accounting issue and its financial controls. The issue involves its sales to “distributors,” and apparently not to other big customers such as supermarkets, mass market stores and online retailers. The distributors, Hain states in the 10K for fiscal 2015, are intermediaries “purchase products for us for resale to retailers.”

In its 10K for fiscal 2015, Hain states that its largest-single customer, accounting for 12% of its sales, is the distributor United Natural Foods (UNFI)

In its statement, Hain disclosed that it books revenue for products sold to United Natural and other distributors when those products are shipped, not when they’re paid for at the checkout counter. For its distributors, Hain offers “concessions” based on an undisclosed formula. possibly how much volume or dollar value the retailer sells in a given period. Since Hain recognizes revenue before the goods are sold, it needs to make an estimate of how big those concessions will be.

It’s important to understand what Hain didn’t do. There’s no evidence that it resorted to what’s called “channel stuffing” by sending far more products to its customers’ warehouses than those customers could sell anytime soon, effectively turning what should have been Hain inventory into “sales.” If that were the case, the days required for Hain to collect receivables would be increasing, but those days actually fell slightly in the latest quarter.

Instead, it appears there’s a problem with the estimate of concessions due the distributors at the time they recognized the sales—when Hain shipped goods to, say, United Natural. But the concession depends on what the distributors actually sell in an agreed upon period: the faster the stuff leaves their warehouses shelves, and they dispatch a new order, the bigger the concession. But Hain can only guess at how quickly the produce will move, and this time, its estimate appears to be wide of the mark.

“It’s highly possible that the distributors have lots of stuff they can’t sell and their inventory is piling up,” says Jack Ciesielski, author of the Analyst’s Accounting Observer. “So Hain over-accounted for the concession because the pace of sales was well below their forecast.”

Nevertheless, Hain states that “any potential changes in the timing of the recognition of revenue with respect to these transactions should not impact the total amount of revenue ultimately recognized.” In other words, Hain is telling investors ‘our distributors will sell all of these products, so the revenues we booked are totally legitimate, they’ll just be recognized later.’

But here’s the looming threat. It’s possible that all of this occurred because the distributors reckoned that the stores they’re selling to would order a lot more organic products than they’re ordering—meaning customers at those stores are putting fewer Hain products in their shopping carts. If so, it’s a signal that the hunger for Hain’s brands, and maybe other organic brands, is fading. And the term “ultimately” is hardly reassuring. Sure, the distributors will eventually sell the stuff they may have over-ordered, and that’s now presumably sitting in their warehouses. But if they did over-order, that means the market is slowing and they’ll order less of Hain’s produce in the future.

In fact, Hain is changing its accounting procedures because of the gaffe. From now on, it will recognize revenue when distributors actually collect the cash from customers. It will eliminate the need to estimate concessions in advance. Hain will be able to pay the concessions based on actual sales, not on predictions that, it appears, can easily go wrong.

It may take many weeks before we get new numbers from Hain, and learn whether the underlying issue is a softening market. Until we know for sure, investors are right to shun Hain’s shares. for a simple reason: Customers may be cooling on its organics.

Editor’s Note: An earlier version of this story incorrectly stated that Hain was offering “concessions” to big-box retailers like Wal-Mart and Target. Fortune regrets the error.