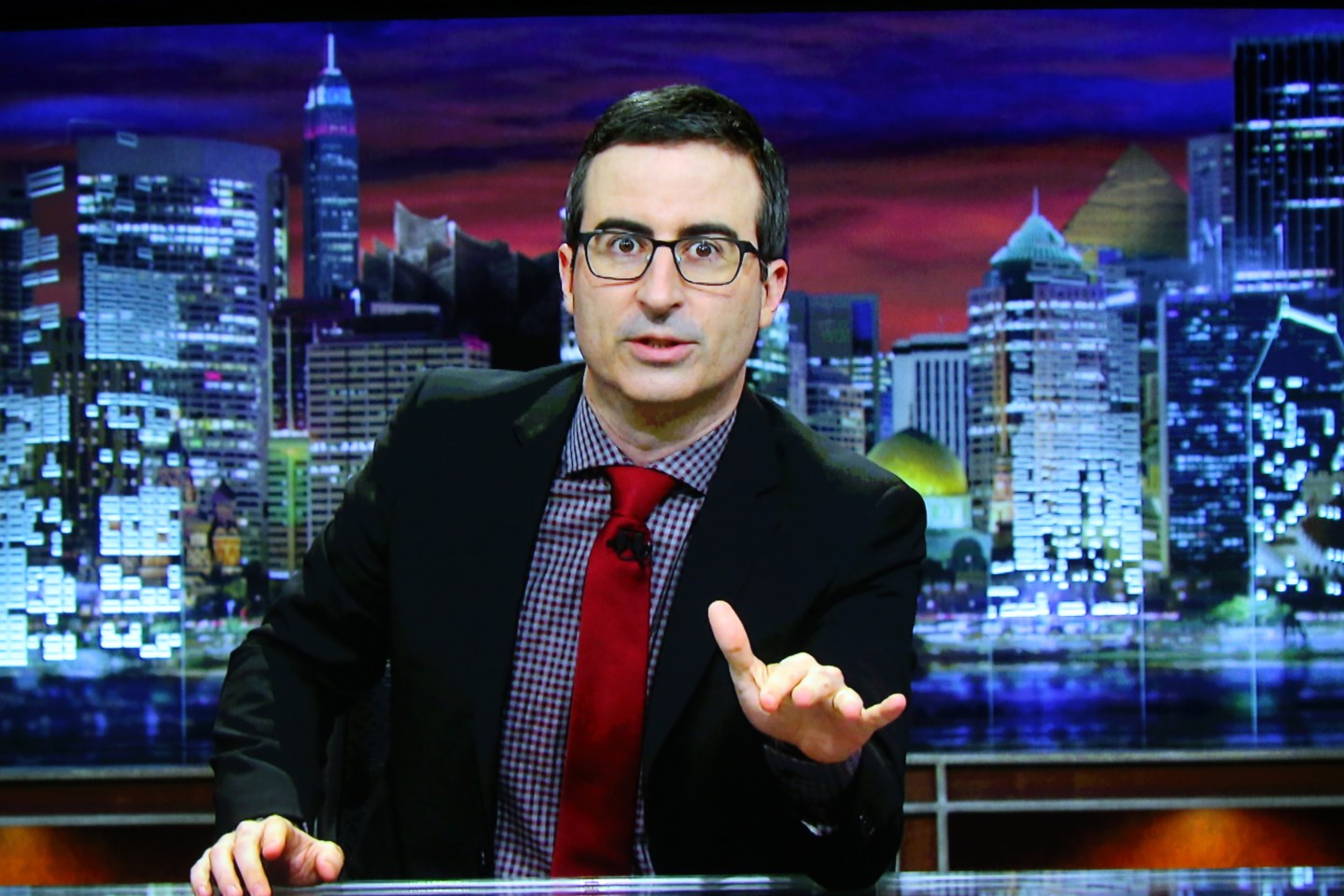 John Oliver on Sunday went after the U.S. auto lending industry with Keegan-Michael Key’s assistance — but first, the Last Week Tonight host explained why he thinks a crisis is brewing.

According to the United States Census Bureau, about 86% of U.S. workers commute to work by automobile. That’s just one indication of America’s obsession with automobiles. For another, take a look at the subprime loan market, which Oliver said targets desperate Americans who need vehicles but have poor credit.

“Nearly a quarter of all car loans are of the high-risk subprime variety,” said Oliver. “In fact, so many are being issued, they recently reached a 10-year high. And if the phrase ‘A boom in subprime loans’ is making your eye twitch with flashbacks to the mortgage crisis, just wait — we will get there.”

Oliver gave a “tour” of the subprime auto loan industry, kicking things with off with what he calls the buy-here-pay-here dealers, which control their own lending. “Theoretically, it is a good thing that car dealers lend money to people who can’t get financing elsewhere, but in practice, these dealerships can trap people with few options into paying vastly more than a car is worth,” he said. “It’s just one of many ways in which when you are poor everything can be more expensive.”

Oliver pointed out that the average interest rate at a buy-here-pay-here lot is 19%, but that some customers pay up to 29%. “That interest is on top of markups and add-ons that can inflate the price of the car,” Oliver said, going on to share the story of one woman who was essentially charged $13,000 for a $3,000 car. “It’s no wonder that buy-here-pay-here loans had an average default rate last year of nearly one in three, with most customers who default doing so just seven months after taking out the loan.”

For Oliver, it’s all eerily similar to the financial crisis captured in The Big Short, except a “direct-to-video version” of the drama won’t star Brad Pitt and Ryan Gosling, but rather Brad Garrett and “an actual gosling instead of Ryan Gosling.”

Oliver’s cautionary segment took another comical turn when he brought out Key to play his partner in wild auto lending at Crazy Johnny’s, the duo’s pseudo used car dealership.