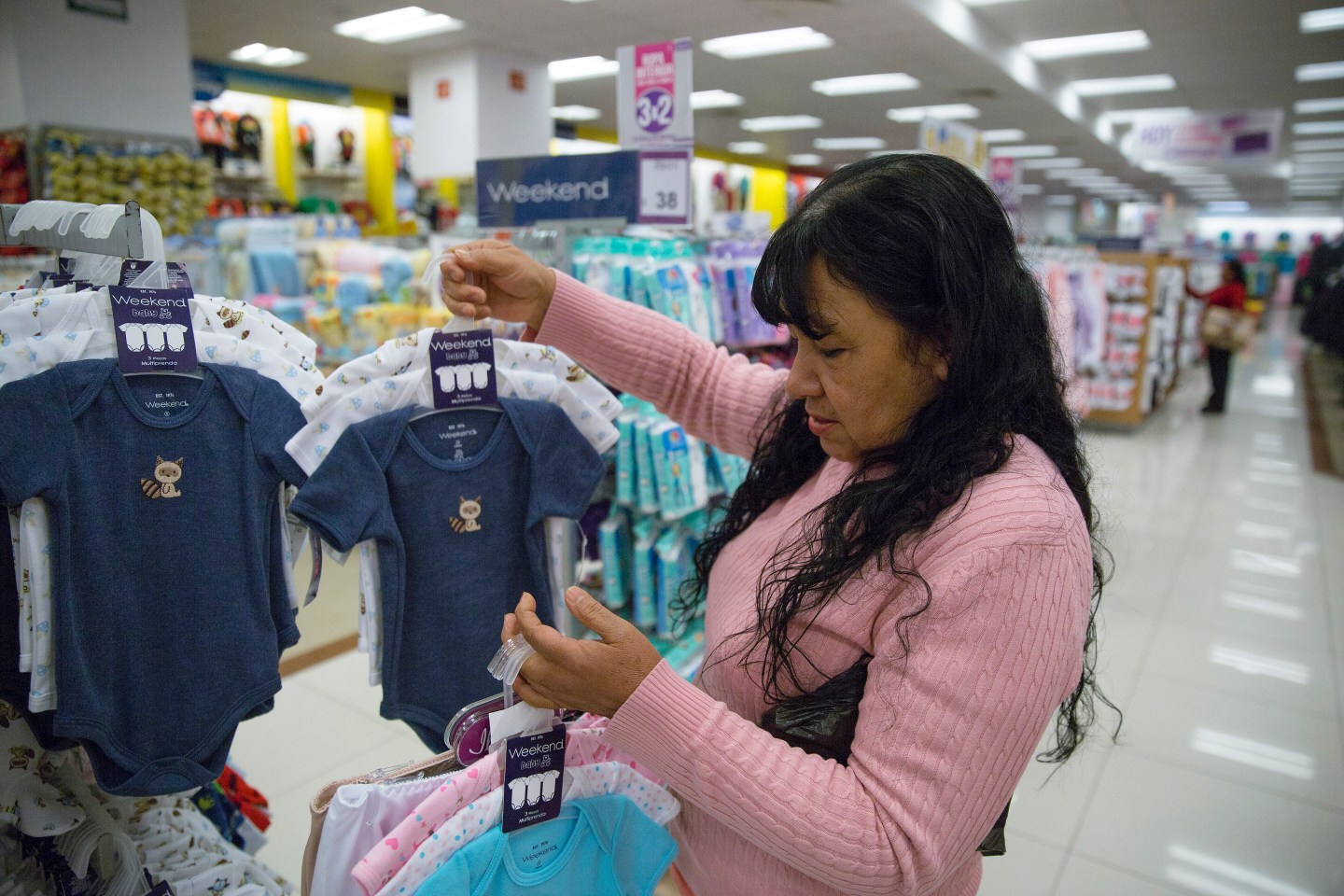 Wal-Mart Stores’s Mexican unit said on Wednesday it has agreed to sell its Suburbia clothing chain to El Puerto De Liverpool for about $852 million as the world’s largest retailer streamlines operations in its largest non-U.S. market.

Wal-Mart De Mexico y Centroamerica, also known as Walmex, will sell Suburbia with its 119 stores and real estate for 15.7 billion pesos ($852 million) including debt of 1.4 billion pesos. Walmex will also receive an additional 3.3 billion pesos in items including declared dividends after the deal closes, it said in a statement.

In January, the retailer said it was looking to sell Suburbia without giving a timeframe for completing the sale. Some Mexican media outlets had speculated the sale could fetch as much as $2 billion.

See also: Walmart Is Giving its Grocery Aisles a Makeover

Liverpool is one of Mexico’s department store operators, with more than 100 outlets. Company representatives were not immediately available for comment.

Wal-Mart (WMT) has been looking to double sales in Mexico by 2024 by boosting its core business of running discount retail and membership stores, and expanding its fresh food business. The divestiture is part of Wal-Mart’s strategy, announced in 2013, to streamline and sell businesses not central to its overseas operations.

For more on Wal-Mart, watch this Fortune video:

Wal-Mart’s international division, which contributes roughly one-third of the company’s total annual sales of nearly $480 billion, has divested some non-core businesses across Chile, Mexico and Canada in the past two years.

See also: Is a $3 Billion Sale a Failure?

In Mexico over the past three years, Walmex has sold its Vips restaurant chain to fast-food operator Alsea SAB for $626 million, and its Banco Walmart unit to Mexican billionaire Carlos Slim’s bank Grupo Financiero Inbursa for about $247 million.

Wal-Mart acquired Suburbia’s parent supermarket chain Cifra in 1997. Suburbia has 119 stores in 46 cities and is popular with urban shoppers, ranking among Mexico’s top five department stores, according to analysts.

Suburbia, which is profitable, contributed 3% to Walmex’s overall revenue in 2015. Walmex, Mexico’s biggest private sector employer and the country’s largest retailer, posted sales of about $26.35 billion in 2015.

At the company’s shareholder’s meeting in June, David Cheesewright, head of Wal-Mart’s overseas division, singled out the Mexican market as a top priority. Mexico has Wal-Mart’s largest number of stores outside the United States.

Wal-Mart has struggled in overseas markets, including Britain and China, but Walmex has remained a bright spot with second-quarter revenue growing 11.5% to about $6.93 billion.