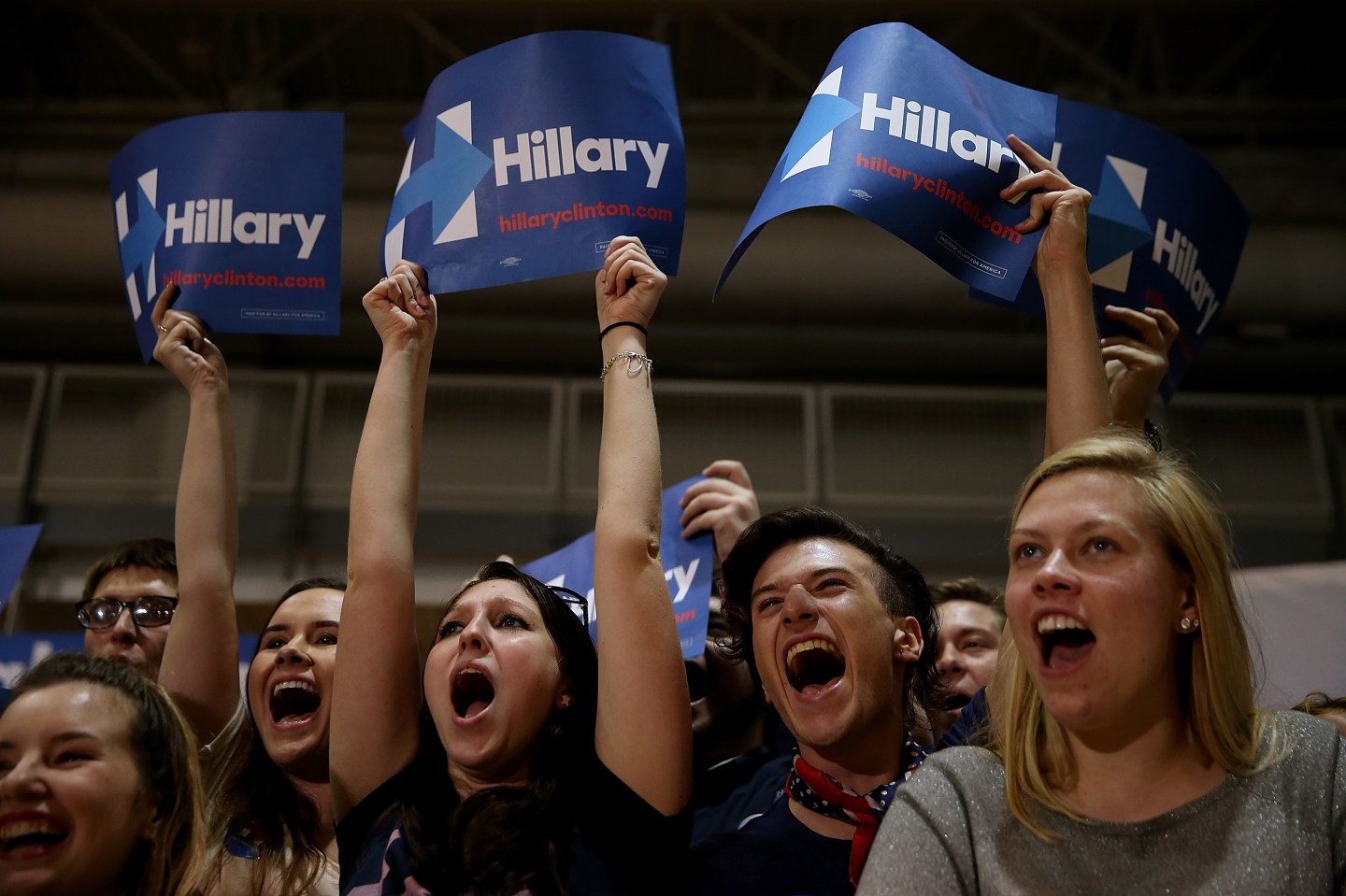 Courtney Bugler has considered herself a “diehard” Democrat since the sixth grade, when she—in the role of 1988 Democratic presidential nominee Michael Dukakis—won her elementary school debate tournament (unlike the real Dukakis, who lost the election to George H.W. Bush).

Yet Bugler, who ran for her high school’s student council every year, was voted most likely to be president by her classmates, and describes herself as someone who doesn’t keep her opinions to herself, has spent most of this election season in silence.

“I didn’t post about it, I didn’t talk to family or friends about it,” she says. “I just couldn’t fight this battle.”

Hearing Bugler, who now works at a non-profit, talk about this election season, you’d think that she was a guilt-ridden soldier explaining why she left the Army. And in a way, she is: A passionate supporter of Hillary Clinton, Bugler consciously made the decision not to voice her political opinions and not to publicly show her support for the candidate in any way.

“The vitriol against Secretary Clinton was so great, that for me both personally and professionally it was too much,” she says, noting that Georgia, where she lives, is typically a red state.

Bugler was one of the so-called “closeted” Clinton supporters, fans of the former First Lady who were nevertheless unwilling to publicly voice their support for her during the primary season—particularly when compared to Donald Trump and Bernie Sanders voters.

Yet a couple of weeks ago, on the second day of the Democratic National Convention, Bugler finally decided to put up a Hillary sign on her front lawn (“I half expected it to be vandalized or stolen within a day”), and told her Facebook friends: “I’m with her.”

On one level, Bugler’s shift isn’t surprising. With the nomination under her belt, Clinton now has both a literal and figurative stamp of approval, giving voters social permission to share their political views.

And yet, the former Secretary of State became the presumptive nominee back in June—and seemed a likely shoo-in long before that. So why are supporters just getting the courage to share their views now, when Donald Trump and Bernie Sanders fans have been all over social media for months?

It might not have been the nomination itself as much as the Democratic convention and the media coverage surrounding it, says Ginger Pennington, an assistant psychology professor at Northwestern University who is a longtime Clinton supporter. “You saw so much positive media come out of that, so much support all over the place…if you feel you have social support, you’re more willing to speak up,” she says.

Laura Winkler, an Albuquerque-based attorney, believes that having the party leadership speak on Clinton’s behalf was especially helpful. “Having President Obama and Michelle Obama give her their support was huge, and Michelle Obama especially—she kind of referenced the disillusionment that many Bernie [Sanders] supporters were feeling.”

Winkler participated in an NPR story back in May about Clinton supporters who were “hiding in plain view.” Back in May, she told the publication: “I get this feeling that many Hillary supporters (at least the younger ones, like me) are just biding their time to publicly display their support once she has the party’s nomination.”

That turned out to be exactly the case for the 29-year-old, who says she finally felt ready to show her support on social media during the last few days of the DNC—and if people didn’t agree, “too bad.” That’s a big reversal for Winkler, who just a few months ago told NPR that she didn’t feel able to express her political opinions about Clinton “because of the reaction you get from Bernie supporters and just anyone who doesn’t like her.”

In addition to the DNC effect, there’s also the changing political playing field. For Bugler, Sanders being officially out of the race—and publicly endorsing Clinton—has really made a difference. “Some of the vitriol from the left has died down. I’m used to having fights with the Republicans… It was one thing to fight on two fronts, but just the one front I can handle.”

She also notes that this election cycle may be the only time when she and her Republican friends will be voting for the same candidate. According to the New York Times, Bugler’s social circle is not unique: more and more GOP women are joining the “anyone but Trump” movement.

Stephanie Ann Menders, a 20-year old attendee of Salve Regina University in Rhode Island, says that, as a college student, supporting Clinton instead of Sanders made her feel like she “wasn’t supporting the candidate of [her] generation.” And despite the fact that many of her classmates are still promising to vote for third-party candidates like Green party nominee Jill Stein, she believes that, “as the stakes keep getting higher, we are on the upswing of support” in terms of who will come out to vote for Clinton.

Getting to know her

Finally, some Clinton supporters say that more people are willing to come out publicly as they learn more about her. Memphis Holland, a 52-year-old D.C.-based real estate developer, investor and entrepreneur, says she believes that the increasing media coverage—which is no longer divvied up among a large slate of candidates—is starting to help voters understand Clinton’s history and levels of experience.

“Going into the race, you had two generations of women with the wrong idea about Hillary,” she says. The older generation remembered her as the First Lady who stood by former President Bill Clinton after the Monica Lewinsky scandal. Younger women, thanks in part to Sanders’ rhetoric, says Holland, saw her as corrupt and an “establishment candidate.”

But while a growing number of Clinton voters are starting to step out of the shadows, Pennington, the Northwestern professor, says there’s still more the Democratic nominee could do to encourage people to become quiet supporters to become public cheerleaders.

“I feel like there are people who want to like her…but they don’t really have a clear message of who she is,” she says. “I sometimes wish she would back me up a little here.”