Here Are the 7 Biggest Financial Disasters in Modern Olympic History 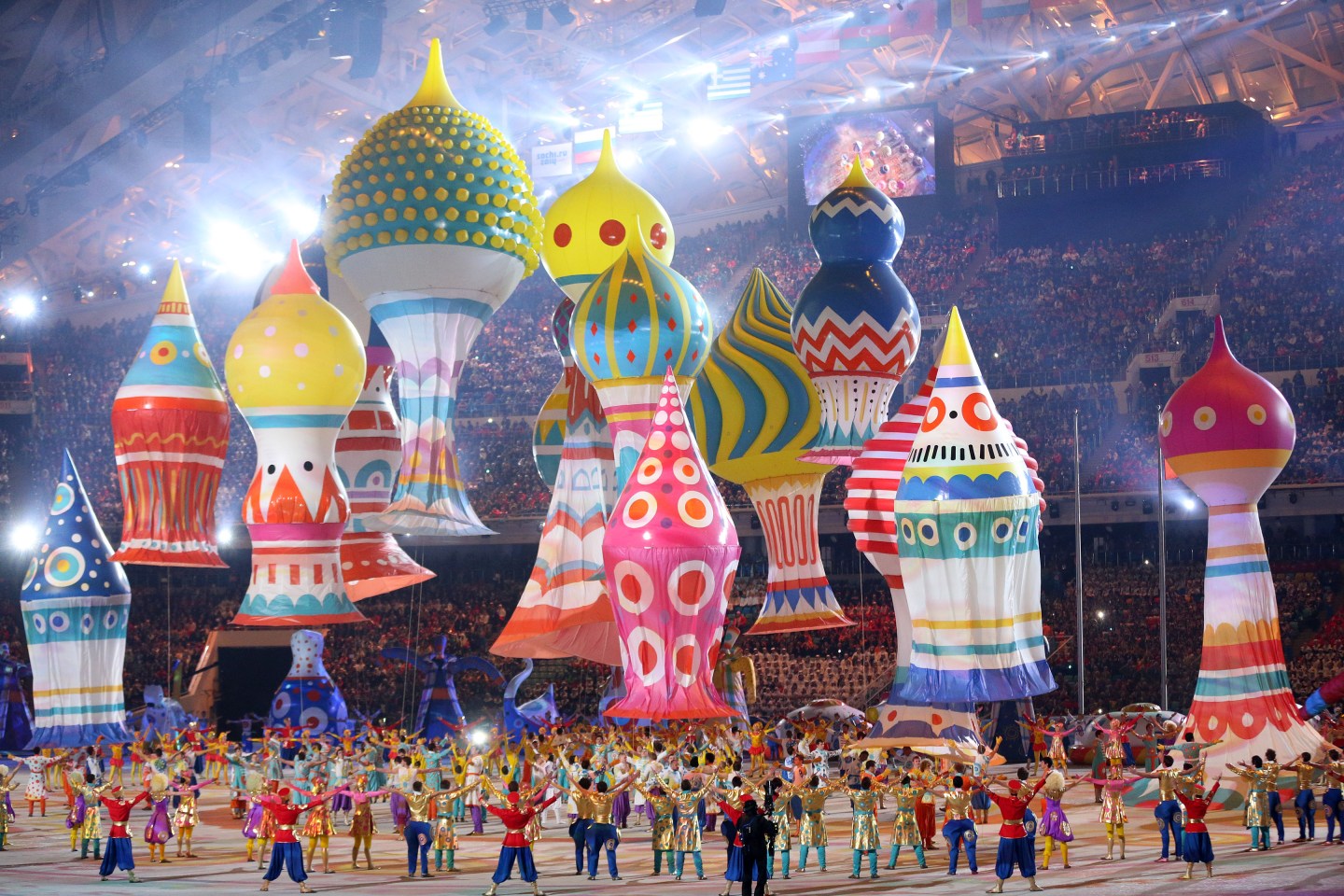 Other cities have been unable to copy L.A.’s model of success because the 1984 Games were unique in many ways. The city was already equipped with enough facilities, so the planning committee only had to upgrade existing sports venues. Tehran, the only other bidder, dropped out, removing the International Olympic Committee’s usual bargaining power; it was now on a level field with L.A. and had to negotiate accordingly.

Plus, L.A. was already a major tourist hub—unlike other recent hosts whose isolation has proven problematic for drawing crowds and maintaining them once the Games are over. As it becomes more apparent that making an immediate profit from the Olympics is nearly impossible, cities are justifying the costs by promising future tourism benefits from the increased exposure.

“The number of applicant cities now is in decline in part because people are beginning to see these mega-sports events as mega-bad deals,” says Dr. Robert Baade, an economics and business professor at Lake Forest College. “The risk-reward profile isn’t such that it’s encouraging for countries to bid on the games as they once did.”

As for any “legacy benefits” from the Games, Baade says they are often difficult for emerging economies to capture because those countries are often remote and therefore less likely to draw repeat tourists.

Then there are the cities that spend so bountifully, or plan to poorly—or a combination of both—that they triggered damage that took years or even decades to fix. Some had to be saved by bailouts from their national or state governments.

These are the worst offenders.

In the early stages of preparing to host the 1976 Summer Olympics in Montreal, Mayor Jean Drapeau floated the number of $125 million as a potential budget. The mayor—famously confident in his management capabilities—declared: “The Olympics can no more have a deficit than a man can have a baby.”

Instead, the Games went on to become an enormous economic flop, saddling the city with $1.5 billion in debt—thanks largely to the construction of the ill-starred Olympic Stadium. The “Big O”—now better known among Montrealers under the not-so-affectionate nickname the “Big Owe”—was the brainchild of French celebrity architect Roger Taillibert. Taillibert’s commitment to aesthetics over economics proved costly. Neither the stadium’s futuristic retractable roof nor its inclined tower were finished on time—leaving an awkward half-baked project on display during the actual Games. To this day, the stadium is plagued by roof rips and falling concrete. While the Big O no longer has a single professional sports team that uses it, there is one bright spot in all of the misery: the Big O skateboarding pipe—originally the entrance to the Olympic park—has become famous among Montreal skateboarders as a must-skate landmark.

Spectators and athletes from all over the world watch the opening ceremony of the XIIIth Winter Olympic Games in Lake Placid.STAFF AFP/Getty Images

Lake Placid, New York is probably best known for playing host to the U.S. hockey team’s “Miracle on Ice” win over the heavily favored Russians. But by the time everything was over, the village was an estimated $8.5 million in debt, a potentially crippling figure for a small village of a few thousand people.

Congress had initially set aside more than $49 million for the organizing committee, but—like many other host cities throughout Olympics history—Lake Placid ran way over, spending upwards of $100 million on the Games. Expanding the Alpine ski runs cost $15.5 million, according to The New York Times, and the Olympic arena cost another $14.9 million. Several other facilities, including the bobsled and luge run, a ski jump complex and the speed-skating arena, collectively cost about $16 million.

Luckily for Lake Placid, the state of New York agreed to a bailout after President Jimmy Carter refused to cover the debt. In exchange, Lake Placid gave up its ownership of the venues, which may have worked out for the village in the long run give how much other Olympic cities still pay annually to maintain their aging facilities.

When Lillehammer, Norway—population 23,000—won the Olympic bid to host the 1994 Winter Games, the organizers set out to do something revolutionary: to stage the first-ever ‘Green’ Games. Shunning the usual practice of sacrificing nature for the sake of gigantic sporting arenas, the Norwegian city urged companies to use natural materials whenever possible, launched a regional recycling program, and stipulated that all built projects had to blend in with the natural landscape.

Lillehammer’s eco-friendly policies made for exceptionally stunning events: the Olympic ice rink was a giant cave blasted out of a rock, while the speed skating hall was took the form of a massive Viking ship, featuring 100-meter wooden beams. But the Green Games also suffered its fair share of eco-related drama: a standoff occurred between the Lillehammer organizing committee and environmental activists over the location of the Viking Ship building, as its coastal placement would disrupt migratory bird patterns. (The venue ended up getting moved away from the shoreline and rotated slightly.) Television crews were also forced to move from their desired positions when the committee refused to allow them to clear foliage. All in all, the total cost of the Lillehammer Games exceeded $1 billion—and some believe the costs rocketed five-fold because of the environmental considerations. When the city of Lillehammer could only scrounge up $289 million to foot the bill, the oil-rich Norwegian national government ended up bailing out the city with the rest of the $1 billion in order to avoid national embarrassment.

Fireworks explode during the Closing Ceremony of the 1998 Winter Olympic Games at the Minami Sports Park in Nagano, Japan.Clive Brunskill Getty Images

Nagano, Japan spent an estimated $10.5 billion on the Olympics, according to an Economist report, though we may never know the exact amount because the Olympic bidding committee destroyed its financial records over a corruption scandal. Some estimates put the official figure even higher. The Japanese media also reported the bidding committee spent an average of $22,000 on bribing 62 IOC members to influence their hosting decision, but they avoided any punishment by getting rid of the records.

On top of the corruption scandal, Nagano’s spending efforts did not result in the expected Olympic tourism bump, as many would-be skiing tourists chose to vacation elsewhere to avoid the chaos of the Games. To encourage tourists to travel from Tokyo to Nagano, the Shinkansen bullet train line was extended to connect Tokyo and Nagano, cutting travel time between the two cities in half. The idea worked a bit too well: Olympic tourists booked hotels in Tokyo knowing they could take the train, which left Nagano’s hotels and ski villages under-occupied. The city’s Olympic facilities—it built five venues for the Games—also remain underused and have proven costly to maintain.

The main Olympic Stadium in Athens, GreeceMCT via Getty Images

The 2004 Olympics may not have triggered Greece’s financial meltdown, but hosting the Athens Games surely couldn’t have helped. The Greek government overran their budget by 97%—spending almost $11 billion on the events. For starters, the country dawdled for the first three years of its seven-year preparation period, only kicking into high gear after the IOC threatened to pick a different host city. As consequence, Greece was forced to pay its builders a premium to ensure that the buildings would be ready in time. And when Greece finally spent, it spend lavishly—building a brand-new airport, subway system, tram service, and numerous stadiums. But the conclusion of the Games has left a mass of white elephants in its wake: the majority of the sporting venues and Olympic Village have all fallen into neglect now that the Games are over.

A view of the Richmond Olympic Oval ahead of the Vancouver 2010 Olympics.DIMITAR DILKOFF AFP/Getty Images

Vancouver ended up with $630 million in debt after hosting the 2010 Games, though it would be unfair to place all the blame on the planning committee’s shoulders because its financial troubles were partly the product of bad timing. In September 2008, as the global financial crisis was in full throttle, the hedge fund lending to the Olympic Village developer cut off funding. Vancouver paid off its debt in 2014 by selling the village’s luxury condos, but a recent report by Business in Vancouver shows that taxpayers got stuck covering hundreds of millions of dollars of debt.

Vancouver is a case study in how global trends or any other external economic pressure can play a major financial role in the games (though overspending was also to blame). Tokyo just has to hope it doesn’t have to scramble to deal with a global economic meltdown before 2020.

The 2014 Winter Olympics in SochiChristopher Morris — Corbis via Getty Images

The 2014 Sochi Winter Games in Russia has the distinction of being the most expensive Olympics—and disastrous—ever staged. Andrew Zimbalist of Smith College has a simple explanation: Putin’s ego.

“He thought he could create an international resort in an area that’s subtropical,” Zimbalist says.

One of Russia’s best-known beach resorts, Sochi was never geographically fit to serve as the year-round ski resort that the planners envisioned. To make matters worse, the remote destination largely lacked pre-existing venues and infrastructure suitable for hosting the games—hence, the $10 billion price tag attached to the largest project: a road and railway link built to take passengers from Sochi’s coast to Krasnaya Polyana, a mountain resort that hosted the ski and snowboarding events. Throw in an outsized security budget (thanks to terrorist threats from a southwestern Russia Jihadist group) and a massive corruption problem (opposition politicians estimated that Putin’s cronies pocketed up to $30 billion), and it’s not tough to see how Russia massively overran its $12 billion budget. While the final sum of spending for the Games was reported to have been $51 billion, Baade estimates the figure at much closer to $70 billion—an amount that “eclipsed the sum total of all money spent on all previous winter Olympic games.”