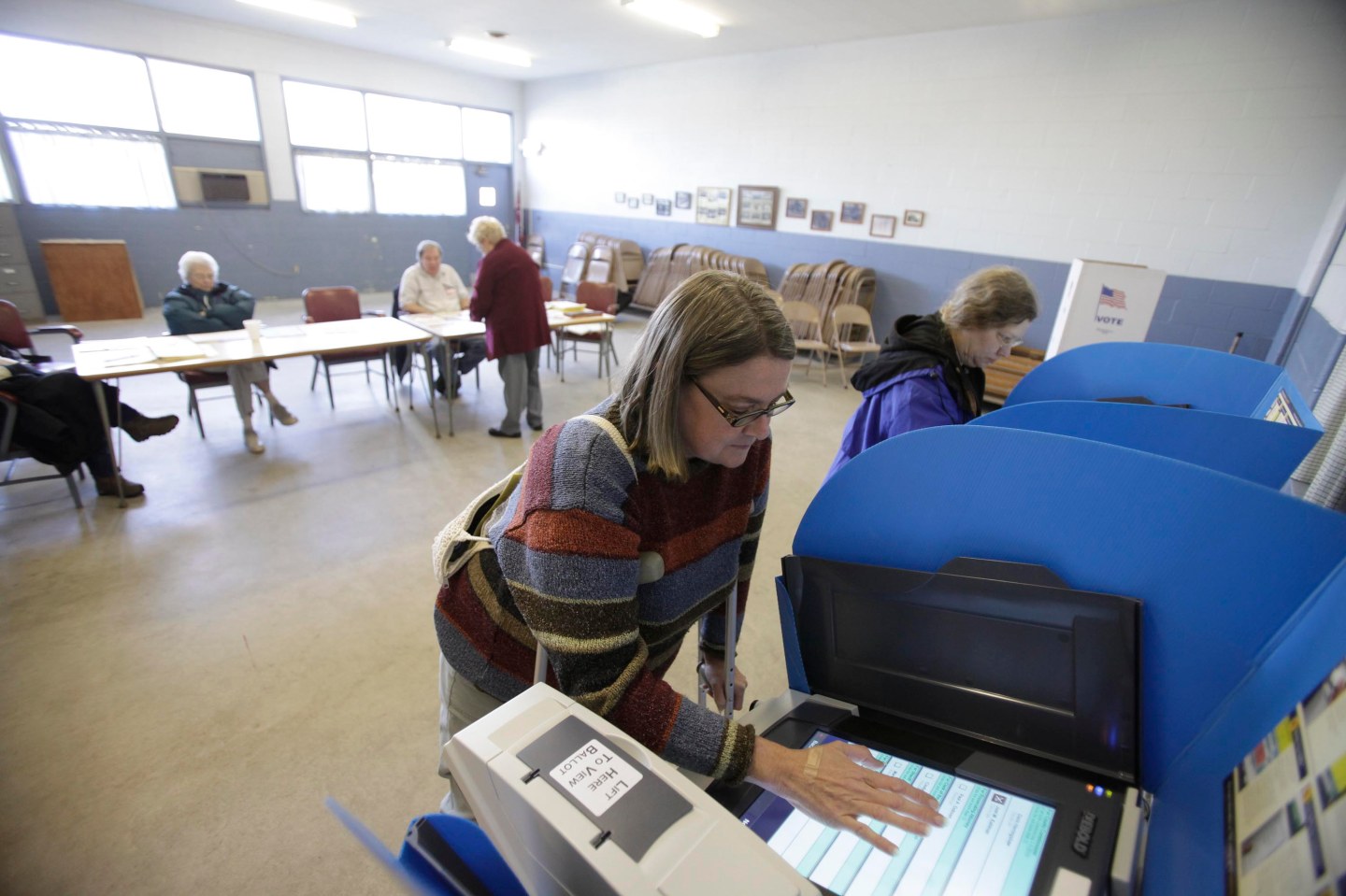 Here’s a scary thought: Hackers hijack U.S. voting machines on Election Day, rigging the results to install their preferred candidates. The Russians have already hacked their way deep into the computers of the Democratic Party, and an encore act involving the Presidential election could permanently destabilize the country.

This scenario is already the subject of serious discussion among academics, and this month, the Department of Homeland Security said it may designate ballot machines as “critical infrastructure.”

Fortunately, though, hacking the U.S. election is extremely unlikely or downright impossible. Here are five reasons why.

1. Most Americans Don’t Vote With Voting Machines in the First Place

Verified Voting, a nonprofit group, provides excellent data that shows how citizens vote in every state and county. It turns out many places, including key swing states like Iowa and Minnesota, don’t use voting machines at all.

Instead, Americans vote in a mish-mash of ways from paper ballots to mail-in votes. There is no single way to “hack” the election. Instead, a foreign country would have to deploy hundreds or thousands of agents on the ground to meddle at the local level.

2. There Is Often a Paper Trail to Audit

Only five states—New Jersey, Delaware, Louisiana, Georgia, and South Carolina—rely entirely on an electronic-only voting process. In ten other states, some of the counties are electronic-only. Everywhere else, including places that use voting machines, the voting process creates a paper record of ballots that can be hand-counted to verify computer records.

3. Voting Machines Are So Old They Can’t Be Hacked

This is a rare case where the government’s ineptitude with IT is a blessing, not a curse. According to Pamela Smith of Verified Voting, many of the voting machines that are in use date from the 1980s or 1990s, making them unviable hacking targets.

“The older ones are not even internet enabled. Access to those would require [a hacker to have] physical access,” says Smith. She adds one state (Virginia) used machines that had to be Wi-Fi connected, but those machines have since been decertified, and the state is moving towards a paper process.

4. Ballot-Scanners Can Be Hacked but Not All at Once

One way hackers could distort election results is by installing malware on the scanning devices used to tabulate individual election races. But, according to Smith, this would require doing so at the moment, prior to Election Day, when a scanner is configured to read and count the ballots. Once again, this would require a series of discrete on-the-ground actions—it’s not something that could be carried out from Moscow.

The country most likely to monkey with Election Day is Russia. But the Kremlin has already put the U.S. on notice by hacking the Democratic Party’s emails. According to Ryan Maness, an academic at Northeastern University, this means an election day attack is unlikely.

“Putin’s not very nice, but he’s not stupid,” Maness tells Wired. “If they were going to mess with the voting machines and the vote-counting software, they wouldn’t have done the DNC hack.”

Thanks to America’s decentralized voting process, the possibility of hackers wresting control of the election is basically nil. Instead, the real concerns to the voting process are familiar ones like voter registration lists, ballot stuffing, or tampering with mail-in ballots. In other words, on Election Day, be more worried about the local party boss than the Kremlin.

This story was updated on Aug. 10 to add that certain counties in ten other states (in addition to those named) use paperless balloting.