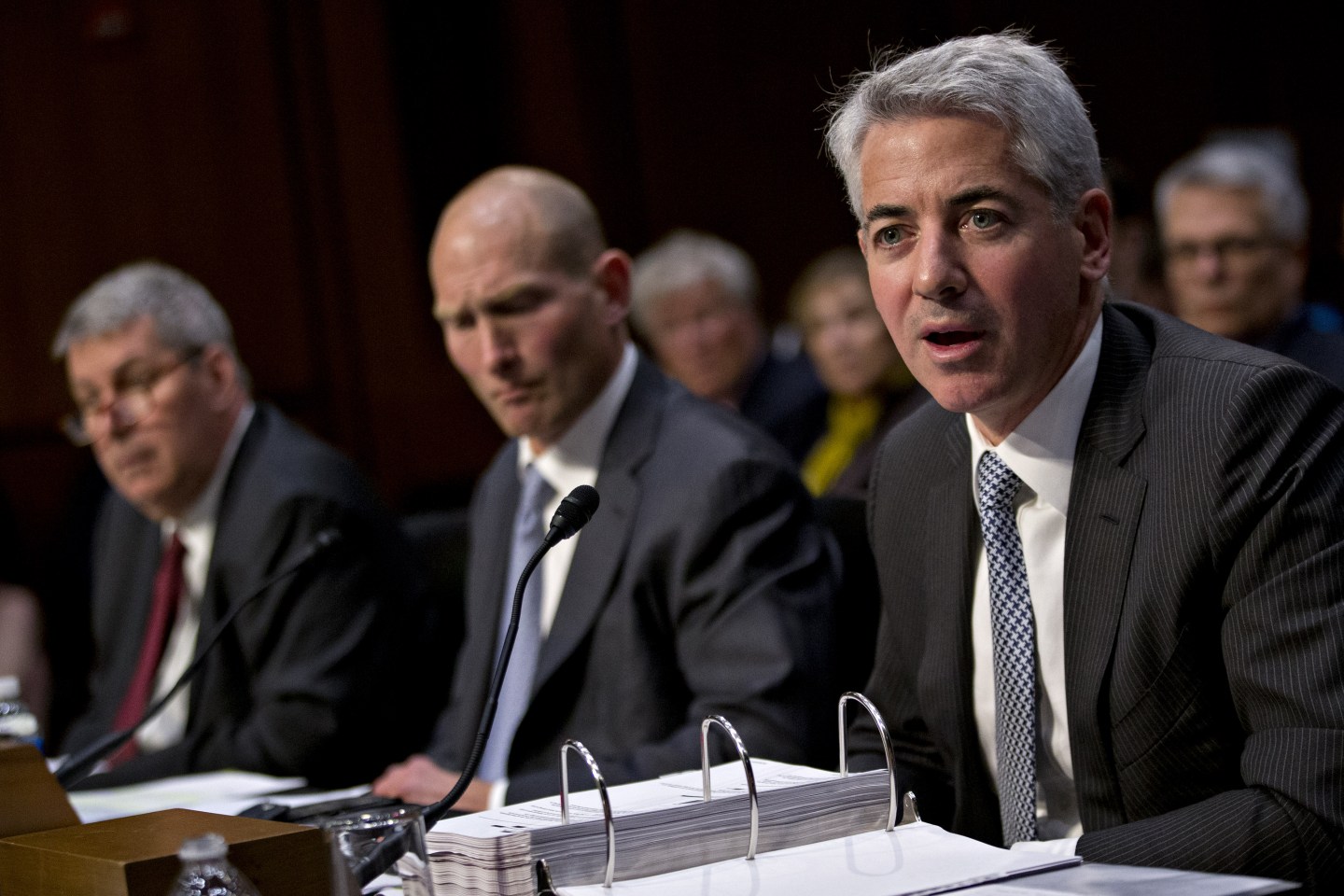 A little change can go a long way at Valeant.

The stock surged 25% on Tuesday after the drug company announced reorganization plans. But it still has a lot more work to do to earn back investors’ trust.

The big stock price increase came even as Valeant Pharmaceuticals reported second quarter earnings that were worse than Wall Street was expecting. But investors were willing to overlook the disappointing financial results after the company’s new CEO Joe Papa outlined his intentions to sweep out the vestiges of Valeant’s troubled past—drug-pricing, accounting scandals and a crisis of confidence that have sunk its stock price 90% from its high last year. Papa wants to reinvent the company as the “new Valeant.”

A key part of Papa’s plan actually happened yesterday, when Valeant (VRX) announced it was replacing its top lawyer and head of public relations, which was the next phase of an executive house cleaning that began in March with the ouster of former CEO Michael Pearson.

On top of reshuffling management and reorganizing the company by business segments instead of geography, Papa also pledged to pay down more than $5 billion of Valeant’s debt and amend its agreements with lenders to give it more “cushion” from the potential of default—a concern that has worried investors since March. To raise cash, Valeant said it’s considering selling assets worth as much as $8 billion, even some it wasn’t actively looking to sell, but for which it had received interest from buyers.

But not everything was on the table in terms of change. When an analyst asked whether the new Valeant would come with a new name, Papa said the company had no plans to change its name, though would “always continue to evaluate” it. And although Valeant acknowledged that some of its previous drug price increases were “a mistake,” and said it was working to repair its relationships with patients, doctors, and insurers who have become wary of price-gouging, Papa stopped short of promising to lower prices. “It’s not so much reducing prices, but looking at the rebate structure,” Papa said, explaining that the company has offered discounts and rebates on drugs to ensure that patients can still get access to the medications.

In fact, Valeant may still raise drug prices further. Its financial projections for the rest of 2016 include “potential modest price increases,” the company said. And while so far this year the company had been giving away drugs for free through its partnership with Walgreens (WBA), allowing the pharmacy to dispense them before it knew if insurance would reimburse the costs, Valeant said that since last week it has begun charging those patients a copay, which one analyst suggested could be $35 on certain drugs. Valeant had been losing money to fill those prescriptions, paying a fee while often getting nothing in return. The company said the copay would restore its profitability on those sales.

Still, not everyone was convinced that Valeant could escape the problems that continue to haunt it. David Maris, a senior analyst at Wells Fargo who has been critical of the company, rating it “underperform” since February, pointed to the company’s refusal to lower drug prices. “To me these are all symptoms of the same old Valeant,” Maris said on the call Tuesday morning. “Are things really changing or is it just new paint on the same old shed?”

Maris also noted that one of Valeant’s “very prominent board members” attended a private dinner with investors in which he discussed Valeant’s negotiations over its debt agreements before the company publicly disclosed them. CEO Papa said he couldn’t comment on that because he didn’t “know the context.” Pershing Square hedge fund manager Bill Ackman, arguably Valeant’s most prominent board member, also declined to comment.

Valeant reported a net loss of $302 million on $2.42 billion in revenue in the second quarter. Wall Street analysts had expected a smaller loss of $261 million and $2.46 billion in sales.

Editor’s note: This story has been updated to more accurately describe the role of the “prominent board member” at the investor dinner. Maris was unsure whether the board member held or merely attended the dinner, as the analyst himself was not there.