Two Years After Ferguson, What Has Changed? 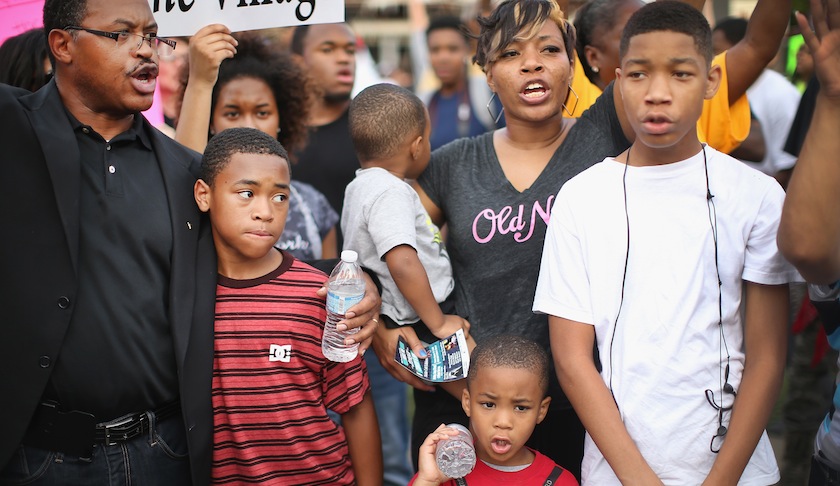 Today is the two-year anniversary of Michael Brown’s shooting death in Ferguson, Missouri.

Americans may never fully understand why that terrible event became such a flashpoint, why that particular confluence of violence, systemic despair and social media turned a moment into a movement. Maybe it was the image of his lifeless body as it lay in the summer heat. Maybe it was just time.

“If you’re going to pick someone to go bat for,” a local St. Louis attorney told me just days after the shooting, “this kid isn’t your guy.” He was wrong.

Black lives matter has morphed from an anguished, tweeted cry, into a time of unprecedented social action and conversations about race, violence and inequity. A lot has happened. Here’s just one example: As of last week, it’s now mandatory that police departments report details of all deadly incidents involving their officers to the U.S. Justice Department every quarter.

The move was inspired in part by The Guardian’s crowdsourced effort to document every police-related death called The Counted. (The Washington Post has a similar effort collecting data around police shooting deaths, specifically.)

Up until this point, reporting was voluntary, and woefully inadequate. There was no central database of these events, and as a result, no way to truly understand what was happening in communities, or hold people accountable. In a world in love with evidenced-based solutions to everything, this seems like a pretty basic piece of data to collect.

But, as America continues process the issues raised by Michael Brown’s death, there are other data points that each of us can take part in collecting.

I recently spoke with Dr. Monnica Williams, a psychologist, researcher and an associate professor of psychological sciences at the University of Connecticut. We were talking about her research on the link between racism and post-traumatic stress disorder for a different essay, when she said something that struck me as a useful reminder for difficult days like today.

“Right now we’re looking for ways to reduce racism on campuses by addressing some of the difficulties people have around conversations,” she said. Her students are willing to suffer through the awkward talking stuff because they have to. The rest of us? We’re skipping school. “We cite research showing that most three quarters of white Americans don’t have one black friend,” she says.

“If you’re not regularly communicating with people who are different from you – and that’s not just about race, either – your mind will fill in the blanks with all the garbage stereotypes that’s out there about them.” So, when something happens, like on a hot summer day in Ferguson, we’re stuck with old talking points to explain a complex world. “We all need to do better.”