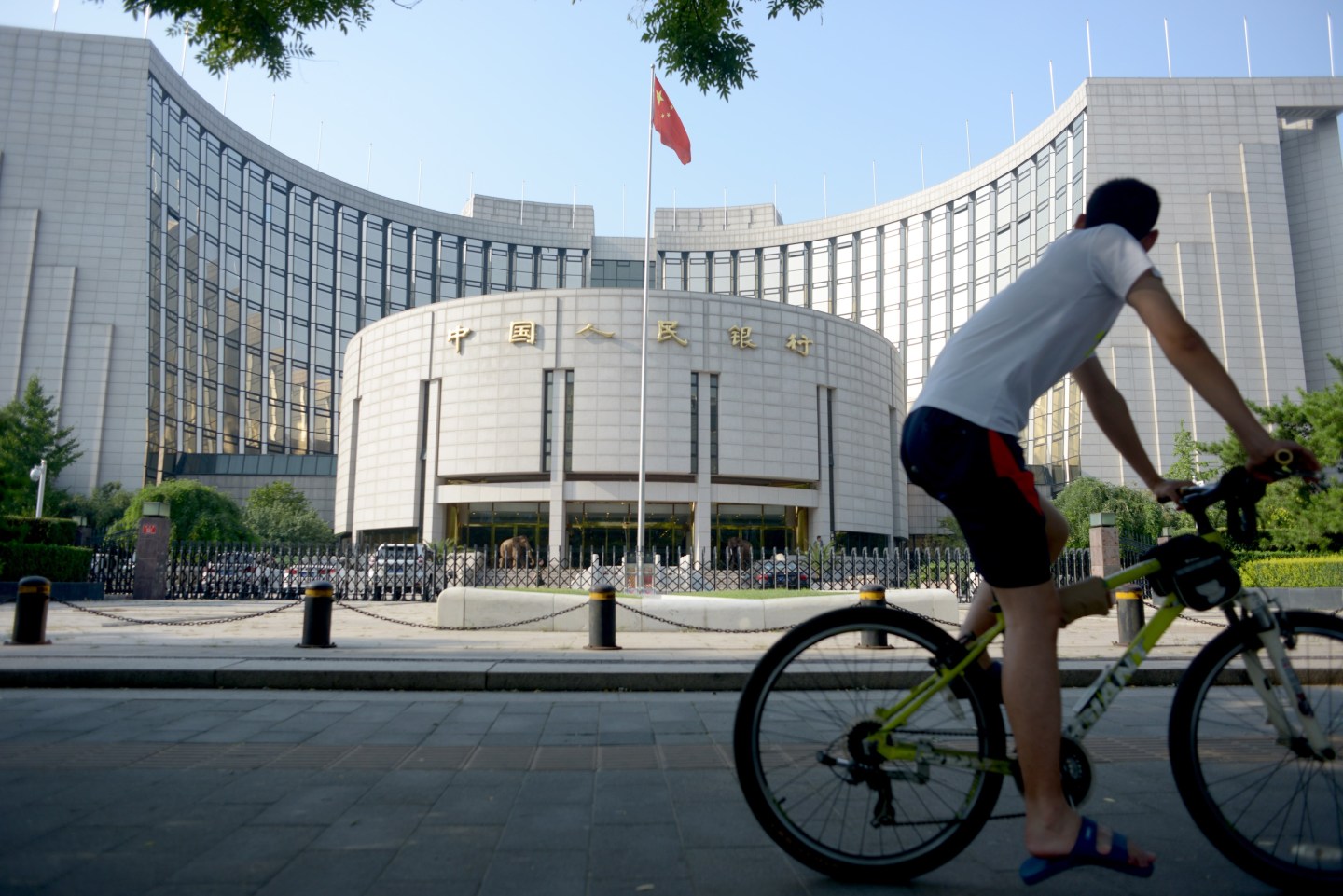 A man rides his bicycle past the People's Bank of China in Beijing on August 12, 2015. China cut the yuan's value against the US dollar for the second consecutive day on August 12, roiling global financial markets and driving expectations the currency could be set for further falls. AFP PHOTO / WANG ZHAO (Photo credit should read WANG ZHAO/AFP/Getty Images)
WANG ZHAO/ AFP/ Getty Images

Buried behind the ugly trade data China released this week—exports fell 4.4% year-over-year in July, even as its trading partners’ economies improved, while imports plummeted 12.5%—was some good news. Capital outflows are under control.

China said this weekend that foreign exchange reserves remained basically unchanged, down just $4 billion to $3.2 trillion. That’s a sizable improvement from the $100 billion-plus a month the country blew through earlier this year.

What that suggests is capital outflows are slowing, and China’s central bank is reducing its interventions into the country’s yuan currency. China has promised to adopt a more market-based approach to currency trading. But so far this year, when the currency has stumbled, it has jumped in to support it.

HSBC analysts note that since the middle of July, the onshore yuan daily spot price hasn’t been closing higher than the currency’s fixed level that morning, suggesting the government is staying out. They say two factors are behind the stability.

“We are approaching a sense of supply and demand equilibrium,” Paul Mackel, head of emerging markets foreign exchange research for HSBC wrote yesterday. “The [foreign exchanges] flow picture lately supports this view: exporters are offering foreign currencies again, corporates’ repayment of external debt is slowing, domestic ‘hot money’ outflows have eased, and we are starting to see the resumption of foreign portfolio inflows.”

Despite continued disappointing industrial exports and imports, some stability is coming to China in other forms.