Is It Weird to Let a Former Employee Come to Your Company Party? 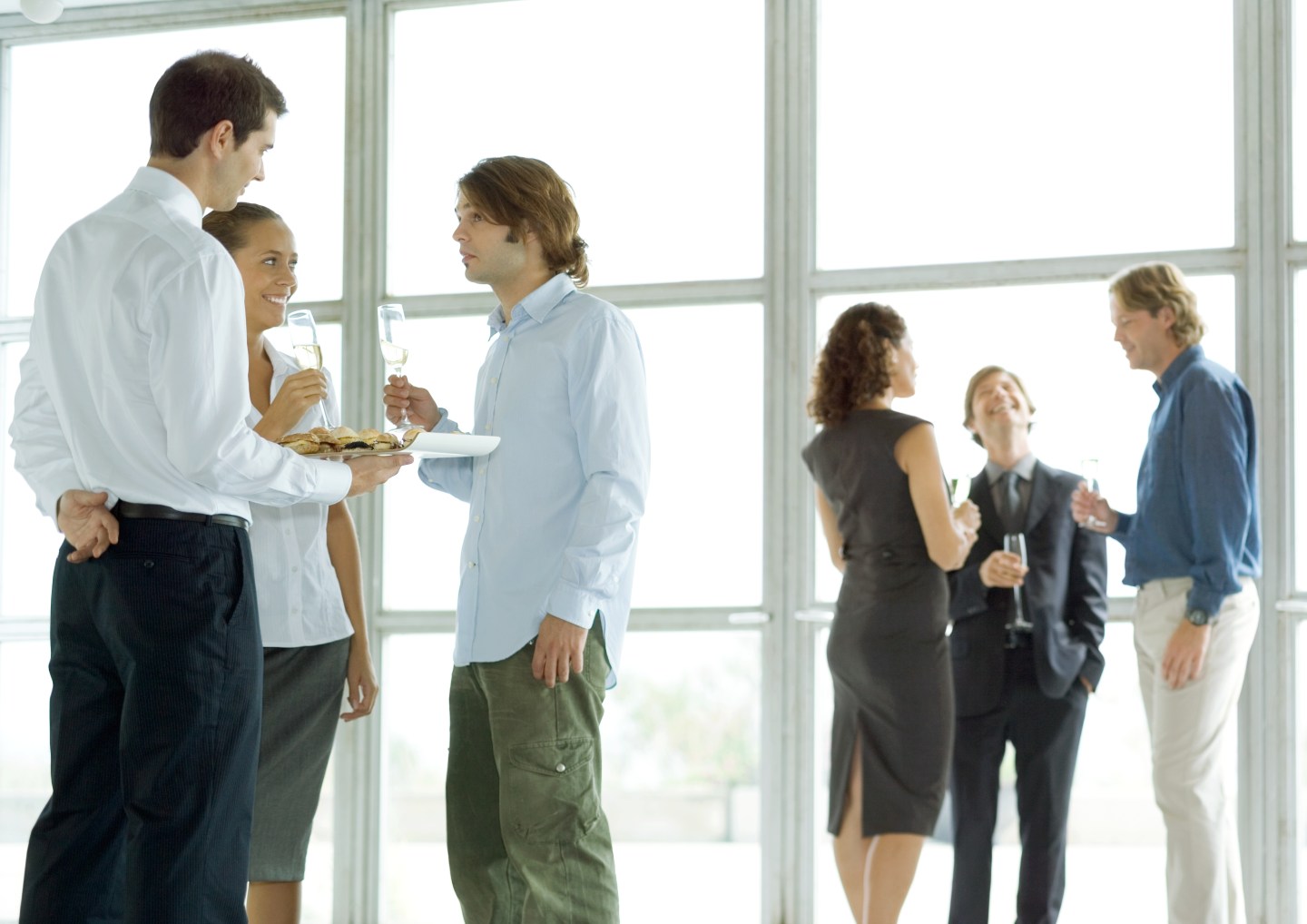 I just got word an employee who we let go a few months ago is attending a company party as a guest of one of our current employees. Should I allow this to happen?

First, let’s make sure we have all facts. For starters, are employees allowed to bring guests to this party? And is there a definition of “guest”- i.e. a spouse or significant other? Is there a limitation on the number of guests an employee can bring? Assuming that the former employee meets all these requirements, then it’s tougher to prohibit him from attending.

So let’s also look at the circumstances when the employee left. Was it on bad terms? Are there people in the company who would feel uncomfortable by his presence? Is there reason to believe that the guest could be disruptive or create an unsafe environment for others? If you believe any of this to be the case then you do have reason to prohibit him from coming and you should probably have an open discussion with the current employee who invited him.

Remember, this is a work party. You’re paying for it. It’s a company event. In other words, your event. So you have full authority to allow or disallow whoever you want from coming because in the end you want everyone to enjoy themselves.

That said, I hate burning bridges. Regardless of the reason why an employee was fired, I believe that the world is a small place. Your city, no matter how big it may seem, is a small place. Your industry is a small world too. There’s a high chance that you’re going to run into this person again, somewhere. So why leave things on bad terms? Okay…things didn’t work out on the job. But that doesn’t mean you still can’t have a good or at least cordial relationship with the former employee. And there’s no reason not to let him enjoy some time with your employees too. Take the high road, as long as you’re comfortable driving there.

I had a confirmed appointment with a prospective customer recently and he kept me waiting for more than 45 minutes with no explanation. Eventually, I left. Did I do the right thing?

You waited 45 minutes? Wow, you’re a lot more patient than I would have been. I usually give it about 20 minutes and then I leave. But that’s because I’m just an angry middle-aged man. I try very hard (sometimes unsuccessfully) to hide my annoyance and let him or his assistant know that I’ll be rescheduling.

Am I walking away from a lucrative deal? A big sale? A large client opportunity? Maybe. So that’s why I’ll reach back out to reschedule. Sometimes things happen, even to the most courteous of people, that cause their schedule to turn upside. And sometimes even courteous people, because there’s a fire, forget appointments or fail to communicate. So rather than start things off on the wrong foot, it’s best just to regroup and try again. Plus, after waiting for 45 minutes I’d be afraid what I might say to the prospect regardless of whether he was being rude or not.

One thing’s for sure: I don’t care how big an opportunity there is, if I’m kept waiting a second time then that’s just plain rude. It shows how important (or unimportant) you are to this prospect.

Ask yourself: if this were an appointment with a well-known celebrity or the president, would they have been kept waiting? Everyone has their pecking order and being made to significantly wait two times in a row is a good indication where you stand on that prospect’s list. And if that’s where you are now, imagine how you’ll be treated if you make the mistake of moving forward with him. Sure, we all want the deal. But we also want to be treated with respect. So just be careful who you’re dealing with!