Amazon Prime Air Is Here, but Not in the Expected Form 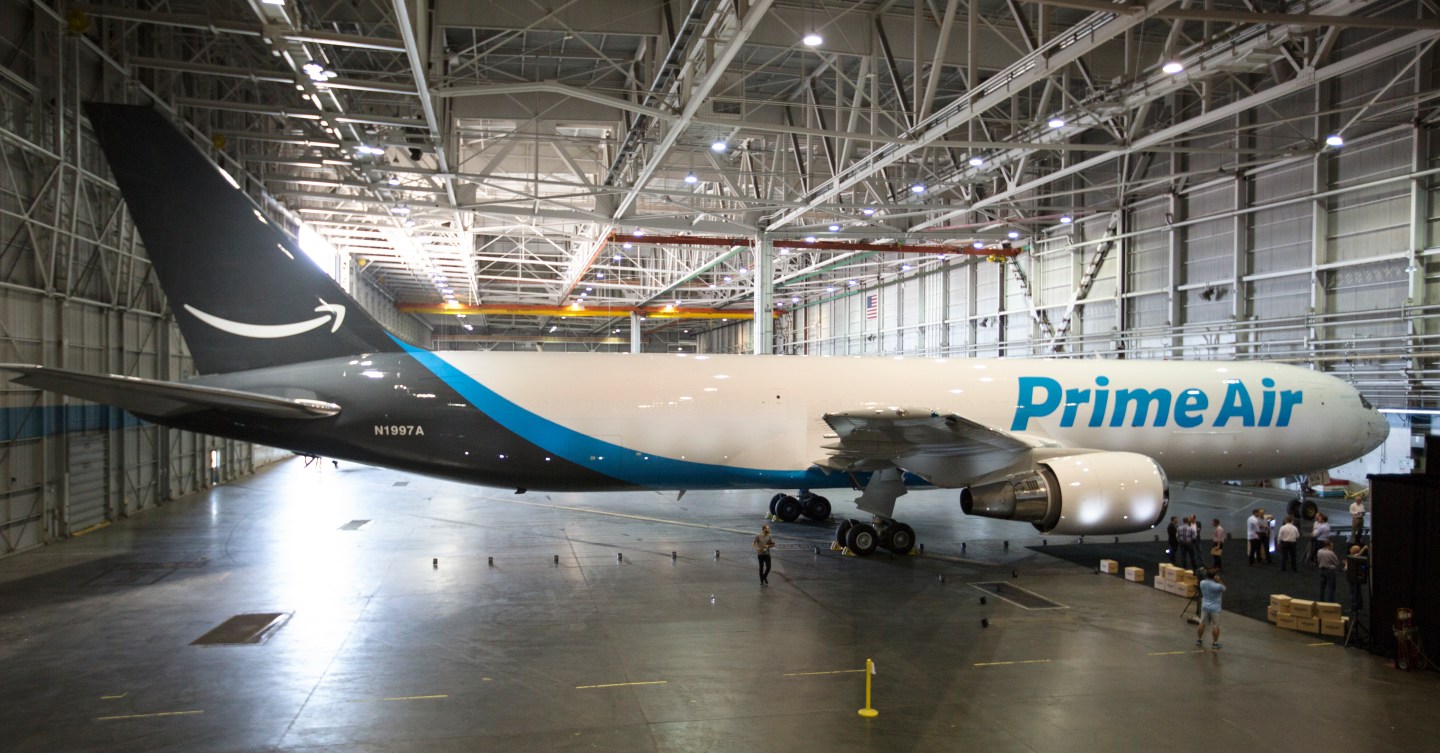 Instead, Amazon has unveiled the first of 40 Prime Air cargo planes that it has agreed to lease from Atlas Air (AAWW) (its current air cargo provider) and ATSG (ATSG). These planes will only be for use by Amazon and, so far, it has 11 of them in service.

It showed off “Amazon One,” its first branded airplane, at the Seafair Air Show in Seattle. In what the firm claims is “an ode to its Prime members,” Amazon One’s registration number (N1997A) includes a prime number.

“I cannot imagine a better way to celebrate the inaugural flight than in our hometown at Seafair alongside Amazon employees and Seattle residents.”

Amazon already announced back in March that it was leasing 20 Boeing (BA) planes from ATSG. Having its own dedicated planes means less reliance on delivery partners such as UPS (UPS) and FedEx (FDX) and, in theory, lower costs for Amazon.

For more on Amazon’s drones, watch our video.

Other pieces of this puzzle include Amazon Flex, where it lets regular people deliver packages much as they might give people rides as Uber drivers, and the firm’s network of 4,000 semi-trailers.

At some point, drones will also aid Amazon’s delivery quest. For now, though, they need to get through the testing phase and clear various regulatory hurdles, something that could prove particularly difficult in the U.S.