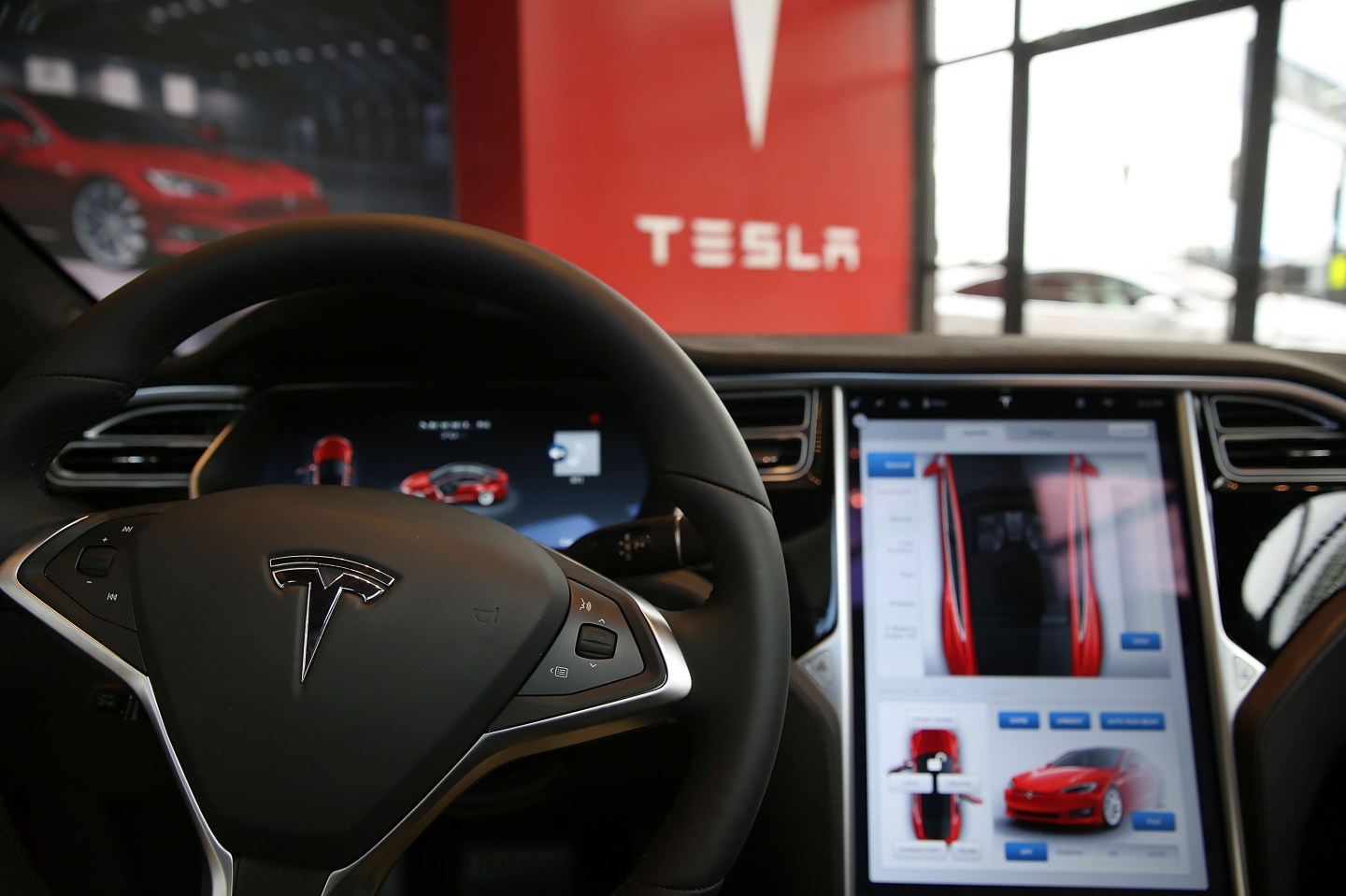 Electric car maker Tesla Motors plans to open up its first store in San Francisco next week at the corner of Van Ness Avenue and O’Farrell Street.

The Tesla facility will be the company’s largest store to date, at 65,000 square feet, and will replace a former Bentley and Lamborghini dealership that moved next door. Tesla plans to hold a public grand opening next Friday August 12th.

Tesla (TSLA) will sell its Model S, Model X, and eventually the planned Model 3, electric cars out of the store, and will also use the space to educate consumers on electric car technology. Additionally, Tesla customers can have their cars serviced at that location.

Unlike most auto makers, Tesla has long had a strategy to operate its own stores so that it can have company employees educate customers and market the electric cars. The idea is that because the technology is relatively new, potential customers need to experience and learn how the tech works. Some states, with powerful traditional auto industries, have blocked Tesla’s direct sales through stores.

For a look inside Tesla’s Gigafactory, watch this Fortune video:

Presumably, when (and if) Tesla and SolarCity (SCTY) merge, the company could sell solar panels and home batteries at the San Francisco store as well. Earlier this week, Tesla announced its plans to buy SolarCity for $2.6 billion, contingent on a vote by independent shareholders of both companies, as well as regulatory approval.

Tesla also announced earnings on Wednesday and revealed that the company plans to add new Tesla retail locations every four days, on average, during the remainder of the year. Tesla is spending heavily this year to not only expand its stores, but to get the first Model 3 cars to customers by the end of 2017.

Last week Tesla showed off its massive battery factory outside of Reno, Nevada. The plant is only 14% completed now, but is eventually supposed to stretch across 10 million square feet and churn out enough batteries for 500,000 cars per year by 2018.