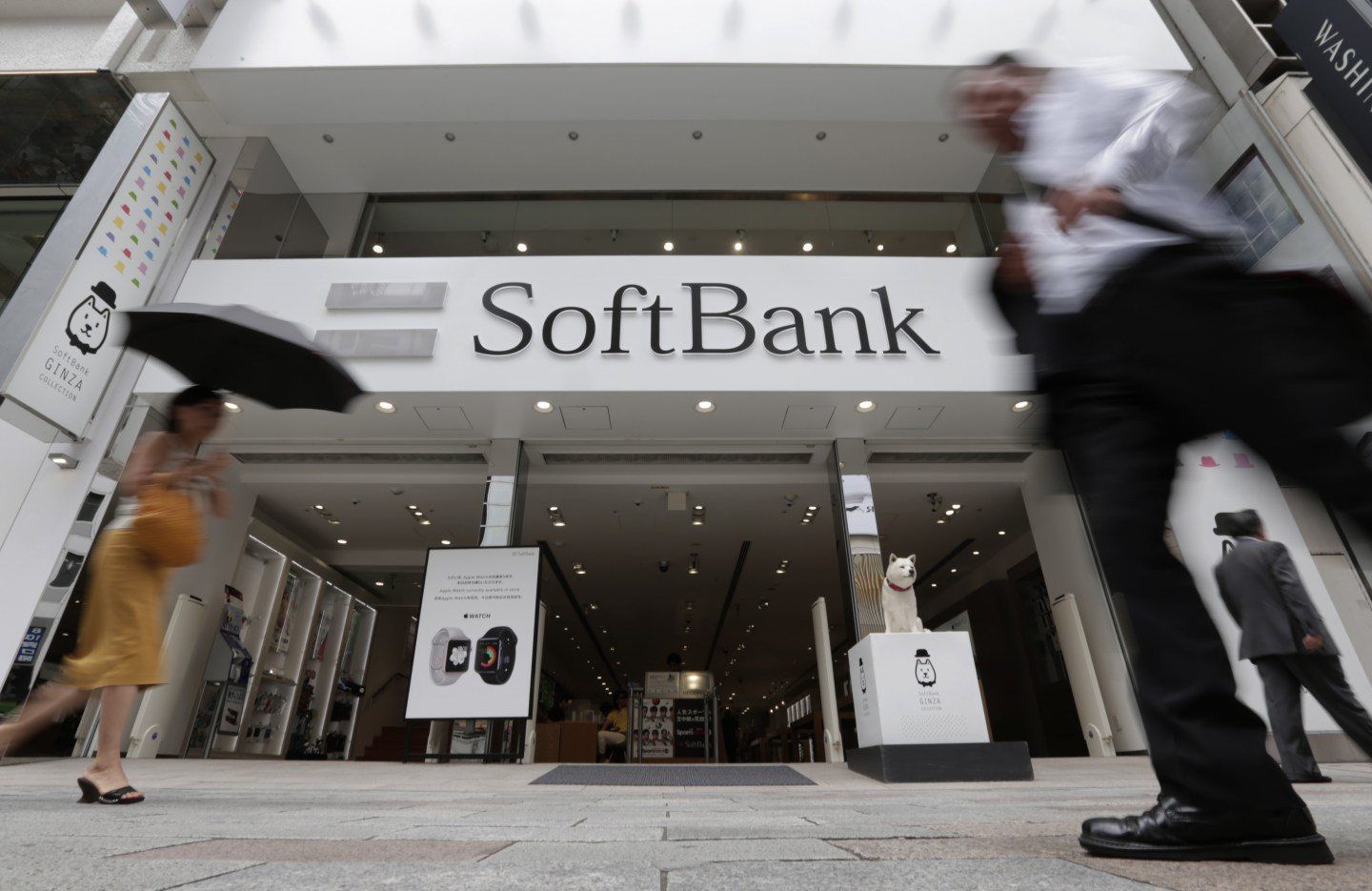 Pedestrians walk past a SoftBank Group Corp. store in Tokyo, Japan, on Tuesday, July 26, 2016. SoftBank rose in Tokyo trading after Sprint Corp. reported its sixth straight quarter of subscriber gains, a sign that the the turnaround of the money-losing U.S. wireless carrier is starting to work. Photographer: Yuya Shino/Bloomberg via Getty Images
Yuya Shino — Bloomberg via Getty Images

Ever since SoftBank said last month that it would buy the British mobile chip firm ARM Holdings, the Japanese company has insisted that it will keep ARM’s headquarters in the U.K. and double its employee headcount in the country over the next five years.

Now SoftBank (SFTBY) has made those promises legally enforceable, in what appears to be the first activation of a new rule in the U.K.’s takeover laws.

The U.K. has a bit of a history of foreign companies making grand promises when announcing the takeover of big British firms, then promptly breaking them.

The most notable example in recent years was that of the U.S. food behemoth Kraft (KRFT), which bought the British confectionary firm Cadbury while saying it would keep a major factory open. It promptly shut the factory and moved production to Poland. With 400 British jobs down the drain, politicians were not amused.

The breaking point was Pfizer’s (PFE) abortive attempt in 2014 to buy AstraZeneca (AZNCF), a pharmaceutical company with its headquarters in Cambridge (the same city where ARM is based).

Pfizer initially made a rather woolly statement about its “long term commitment to the U.K.,” a promise that it then claimed was “legally binding.” CEO Ian Read then admitted to angry parliamentarians that job cuts were on the menu. Soon after, facing a rejection of its original offer, Pfizer walked away.

For more on SoftBank and ARM, watch our video:

Later that year, the U.K. Takeover Panel introduced its new rules, which took effect at the start of 2015. The changes describe so-called post-offer undertakings that a party in an M&A deal can make after the initial offer, which must then be treated as properly binding commitments.

Unlike before the change, the company must send written compliance reports to the panel, and the panel can also choose to appoint an independent compliance supervisor.

Between then and now, there hasn’t exactly been a huge rush to make these post-offer undertakings. However, the $32 billion ARM (ARMHF) buy is a very big deal indeed, and British business secretary Greg Clark said at the time of the offer that the government wanted to see the job commitments made binding. ARM currently has around 1,700 employees in the U.K.

SoftBank has appointed the consultancy Grant Thornton to audit its pledges. ARM’s shareholders will vote on the takeover at the end of this month and—all going well—the deal will close on Sept. 5.