This Major Health Insurer Says Obamacare Is Cutting Into Its Profits 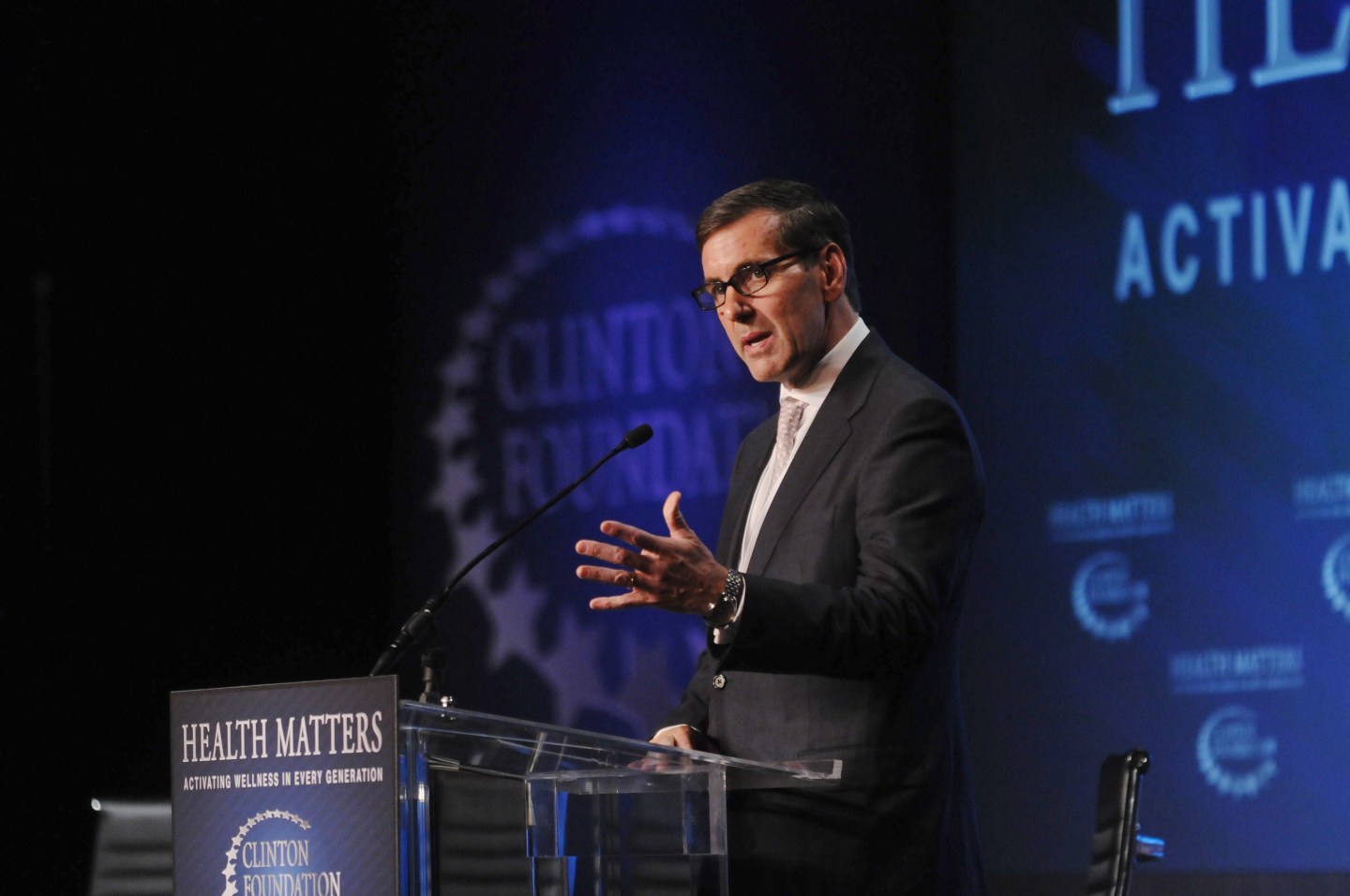 IMAGE DISTRIBUTED FOR HUMANA- Bruce Broussard, President and CEO of Humana, addresses attendees at the 2013 Health Matters: Activating Wellness In Every Generation Conference with the William J. Clinton Foundation on January 15, 2013, in La Quinta, Calif. The second annual conference brings together national thought leaders who demonstrate ways in which individuals, corporate leaders, athletes, and health and wellness experts can contribute to solutions that positively impact health and well-being for people and communities across the country. The event precedes the Humana Challenge PGA TOUR golf tournament, which is being held January 14-20 in La Quinta. (Carlos Puma / AP Images for Humana)
Carlos Puma — AP

Humana (HUM) reported a 28 percent drop in quarterly profit as it set aside more money to cover losses in its Obamacare business, and the company said it would discontinue next year most of these plans sold off public exchanges.

The U.S. health insurer, whose acquisition by rival Aetna (AET) has been challenged by U.S. antitrust authorities, said it planned to shrink its individual commercial business to 156 counties next year from 1,351 currently.

Under the business, Humana offers individual insurance plans both on and off the public exchanges set up under President Barack Obama’s Affordable Care Act.

The company said it expected premiums of $750 million-$1 billion in 2017 from its Obamacare plans, way lower than the $3.4 billion it has estimated for this year.

U.S. health insurers, including Anthem (ANTM) and UnitedHealth Group (UNH), have been bleeding money in their Obamacare businesses due to high medical costs.

Humana set aside about $208 million more in the second quarter to cover losses in the business, which it currently operates in 15 U.S. states.

The company plans to shrink the business to 11 states next year. It said it had already limited memberships in the four states where it no longer intended to offer the plans.

Excluding items, the company earned $2.30 per share, beating the average analyst estimate of $2.23, according to Thomson Reuters I/B/E/S.