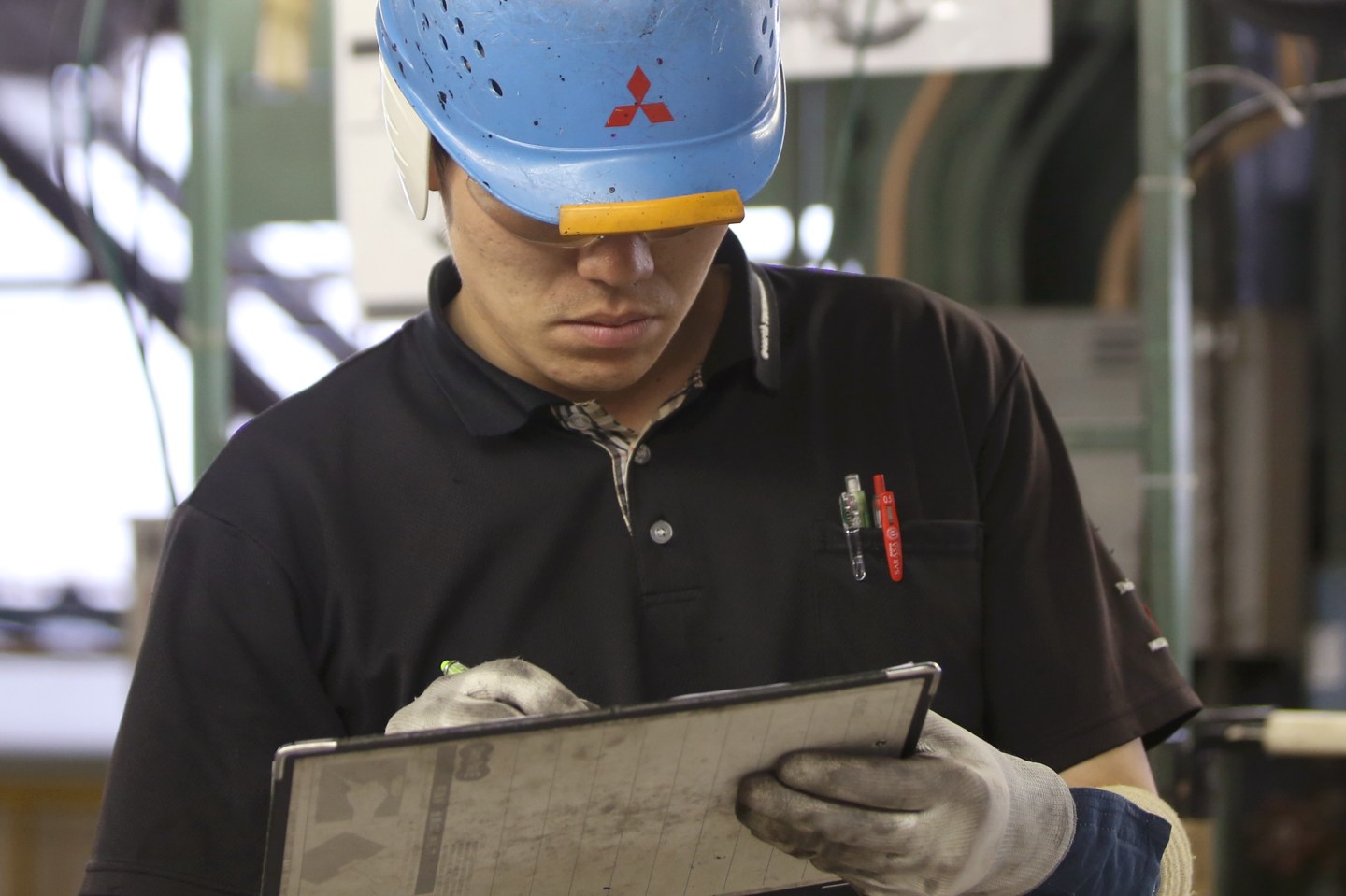 An employee writes on a clipboard on a production line at Mitsubishi Motors Corp.'s Mizushima plant in Kurashiki, Okayama Prefecture, Japan, on Monday, July 4, 2016. Starting on July 4, regulators are allowing Mitsubishi Motors to resume production. Yet that hasn't prevented rattled employees and suppliers from wondering what will happen next. Photographer: Yuriko Nakao/Bloomberg via Getty Images
Photo by Yuriko Nakao/Bloomberg via Getty Images

Poor communication, slack governance and pressure on resource-starved engineers to improve fuel efficiency at Mitsubishi Motors (MMTOF) were at the root of its mileage cheating scandal, an investigation concluded.

Investigators hired by Mitsubishi after the automaker admitted in April to overstating the fuel economy on its minivehicles criticized the firm for “not having the manufacturing philosophy of an automaker”.

They also said in their report on Tuesday that Japan’s sixth-largest automaker by vehicle sales had not rallied its workers to help get it back on track following previous scandals going back to 2000, when it revealed it had covered up customer complaints for more than two decades.

Rather, the investigators said the company had been more focused on cutting costs from 2004, when it admitted to conducting secret recalls, which squeezed the resources engine designers needed to keep the company competitive.

This meant testing engineers had an impossible task of tweaking existing engine designs to gain greater fuel efficiency, they said, adding that this led to a culture within the division where employees felt they could not speak up against unattainable targets.

“That the company did not take a united, cooperative approach to developing cars was a key factor behind the falsifications,” Yoshiro Sakata, a member of the investigation team, said.

The probe was carried out by three former public prosecutors and an ex-director of Toyota (TM) after Mitsubishi admitted that two of its minivehicle models and two models manufactured for Nissan (NSANY) had overstated fuel economy readings.

This led to a suspension of their sales for nearly three months while further revelations showed Mitsubishi used improper data to calculate mileage for other models, going back to 1991.

This caused a slump in Mitsubishi’s market value and prompted the company to seek financial assistance from Nissan, which agreed to buy a controlling one-third stake in the company for $2.2 billion.

The investigation revealed that the company on two occasions failed to address the possibility that the vehicle performance testing division was manipulating mileage test results when issues were raised by employees.

In 2005, managers brushed off concerns raised by a new employee that the division had been making up mileage calculation figures, according to the investigation, while responses from a 2011 compliance survey addressing other falsifications were not passed up the line.

“There were missed opportunities to deal with issues at the division,” Mitsubishi CEO Osamu Masuko told reporters.

The report recommended five improvements at the company: a revamp in development, stricter compliance, greater transparency, a better understanding of the law, and a greater willingness to uncover and tackle violations.

The scandal led to President Tetsuro Aikawa and its top technology executive Ryogo Nakao stepping down.