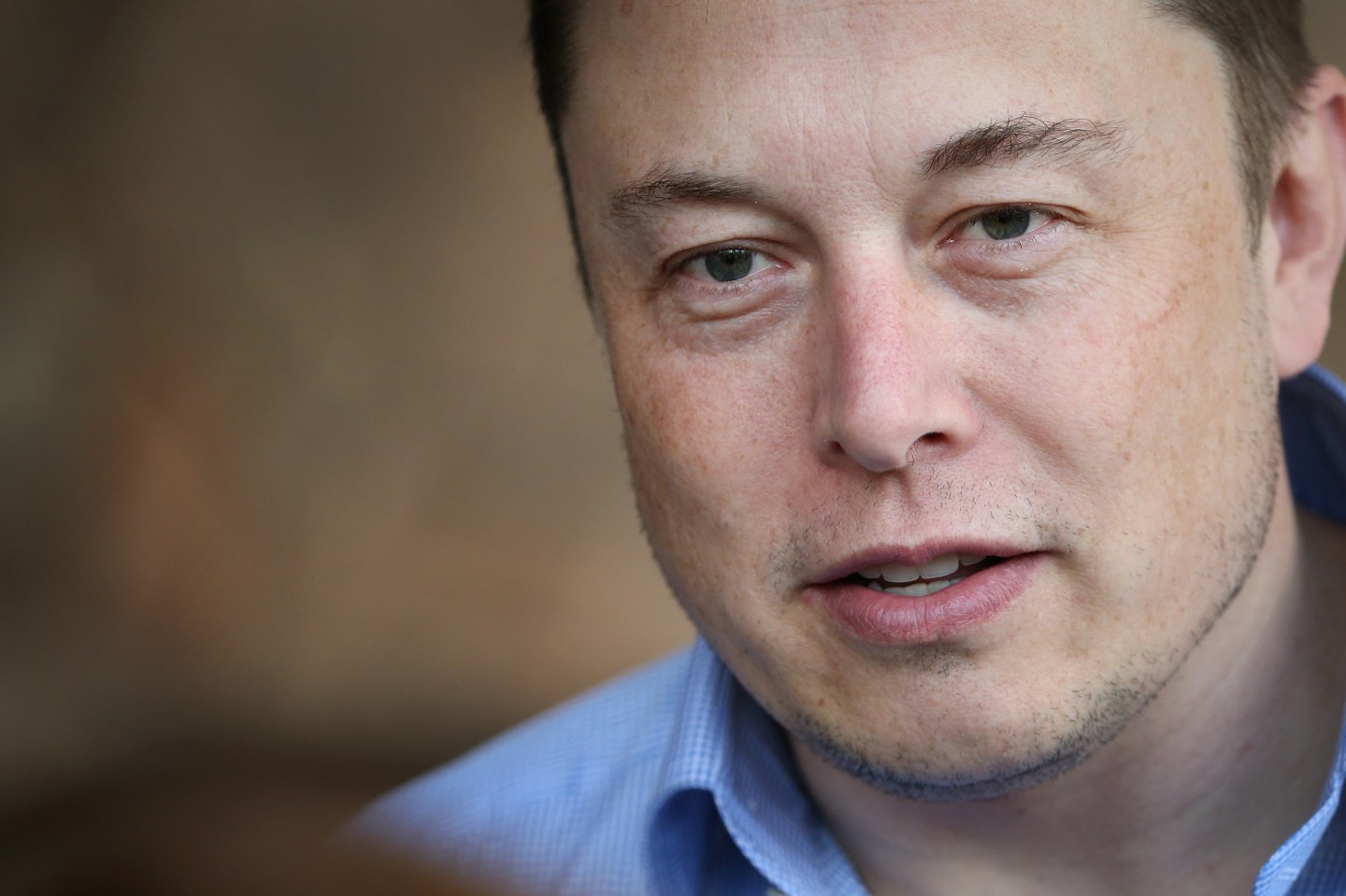 SUN VALLEY, ID - JULY 07: Elon Musk, CEO and CTO of SpaceX, CEO and product architect of Tesla Motors, and chairman of SolarCity, attends the Allen & Company Sun Valley Conference on July 7, 2015 in Sun Valley, Idaho. Many of the worlds wealthiest and most powerful business people from media, finance, and technology attend the annual week-long conference which is in its 33nd year. (Photo by Scott Olson/Getty Images)
Scott Olson/ Getty Images

Tesla Motors (TSLA) and SolarCity (SCTY) could announce they have agreed to merge as early as Monday, people familiar with the matter said, setting the stage for a campaign to convince the two companies’ shareholders to back the deal.

Combining the clean energy car maker with the solar panel installer is a major part of billionaire Elon Musk’s strategy, who earlier in July unveiled his master plan “part deux” that calls for the combined company to offer consumers a single source of hardware to power a low-carbon lifestyle.

While Musk is chief executive of Tesla, chairman of SolarCity and the biggest shareholder in both companies, a merger agreement was not certain because SolarCity had formed a special committee to review Tesla’s offer independent of the influence of Musk and other executives close to him.

The merger agreement is likely to include a so-called go-shop provision that will allow SolarCity to continue to solicit offers from other potential buyers for a short period of time following its signing, the people said on Sunday.

The exact terms of the deal could not be learned. Tesla had previously said it offered 0.122 to 0.131 of its shares for each SolarCity share.

The sources asked not to be identified because the negotiations are confidential. Tesla and SolarCity, which have market capitalizations of $34.6 billion and $2.6 billion respectively, declined to comment.

Musk has argued that combining Tesla with SolarCity will allow the combined company to reach consumers more effectively, installing solar panels on their roofs, sending power to Tesla storage batteries in their homes, and Tesla cars in their garages. Batteries from Tesla’s $5 billion Gigafactory outside Sparks, Nevada, will be central to the combined enterprises.

Tesla shareholders have gradually warmed up to the deal with SolarCity following initial apprehension after Tesla announced its offer on June 21. After dropping to below $190 per share following the offer, Tesla shares have recovered and ended trading on Friday at $234.79. SolarCity shares closed at $26.70 Friday.

Reuters first reported last week that Tesla and SolarCity were close to a merger agreement.

Besides Musk, several Tesla and SolarCity executives, including Musk’s cousins, SolarCity CEO Lyndon Rive and SolarCity board member Peter Rive, have recused themselves from voting their shares when the deal comes to a vote.

Tesla is scheduled to release its second-quarter results on Aug. 3.

The company said earlier this month that its deliveries for the quarter fell short of its forecasts. Analysts will be looking for signs that the company is containing its costs and slowing its cash burn.

Tesla took a hit on June 30 when the U.S. National Highway Traffic Safety Administration disclosed it was investigating a fatal accident that killed the driver of a Tesla Model S while he was using the car’s ‘Autopilot’ system, which takes partial control of steering and braking.

Since then, Musk has both defended the Autopilot technology, and moved aggressively to change the subject.