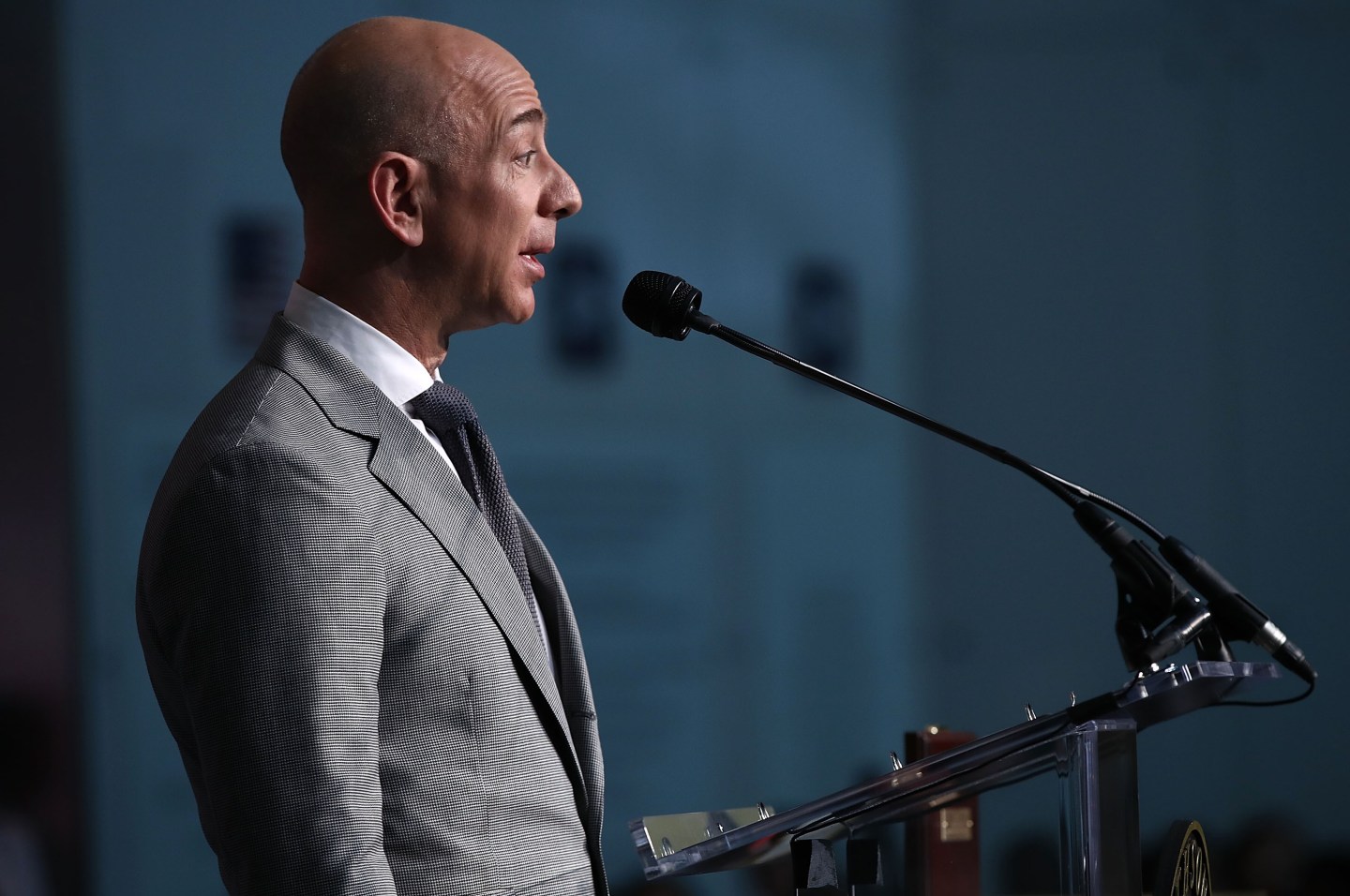 To this day, the chief exec at EverFi, an education software startup based in Washington, D.C., boasts about an initiative he backed in the ’90s as a member of the state legislature in Maine that provided laptops to every seventh grader in the state. (He ran for office while still a student at Bowdoin College in 1994—and won.)

Davidson’s enthusiasm for technology in schools has not diminished. On Wednesday, his company will announce a $40 million series C funding round led by a couple of tech tycoons and other firms: Jeff Bezos, CEO of Amazon (AMZN); Eric Schmidt, CEO of Alphabet (née Google) (GOOG); and venture capital firms New Enterprise Associates and Rethink Education.

Founded in 2008, EverFi has raised $61 million to date including the latest round. Other participants include Advance Publications, Rethink Impact, and existing investor Allen & Co.

“We’re trying to get the private sector to really engage in local education,” Davidson says of his venture.

Indeed, the company has partnered with organizations ranging from the NHL to the NFL, while tapping also into the corporate social responsibility arms of big companies like Intel (INTC), American Express (AXP), and U.S. Bank (USB), to get its learning software into school systems across the country.

Earlier this month, Davidson participated in an eduction task force at Fortune’s Brainstorm Tech conference in Aspen, Colo. You can read more about the results of that summit here.

For more on technology in education, watch:

Beyond its network of 20,000 K-12 schools in the United States and Canada, EverFi also sells its product—called Foundry—to universities such as Harvard, MIT, the University of Michigan, and Stanford University. These institutions use the company’s tech to meet compliance requirements by educating students on subjects such as alcohol abuse and sexual assault.

EverFi recently agreed to buy LawRoom, a competitor in the colleges market. Davidson says he plans to use some of the latest fundraising round to complete that acquisition.

Although Davidson declines to reveal the company’s revenue, he says the business is profitable. About a third of the business focuses on corporate sponsorships for schools, he says. Another third involves selling its prevention programs to universities. And the remaining third goes to companies seeking to teach their employees about topics like personal finance and workplace behavior.

“It’s a big opportunity,” he says. “And it’s getting more complicated on all sides of the ball every day.”