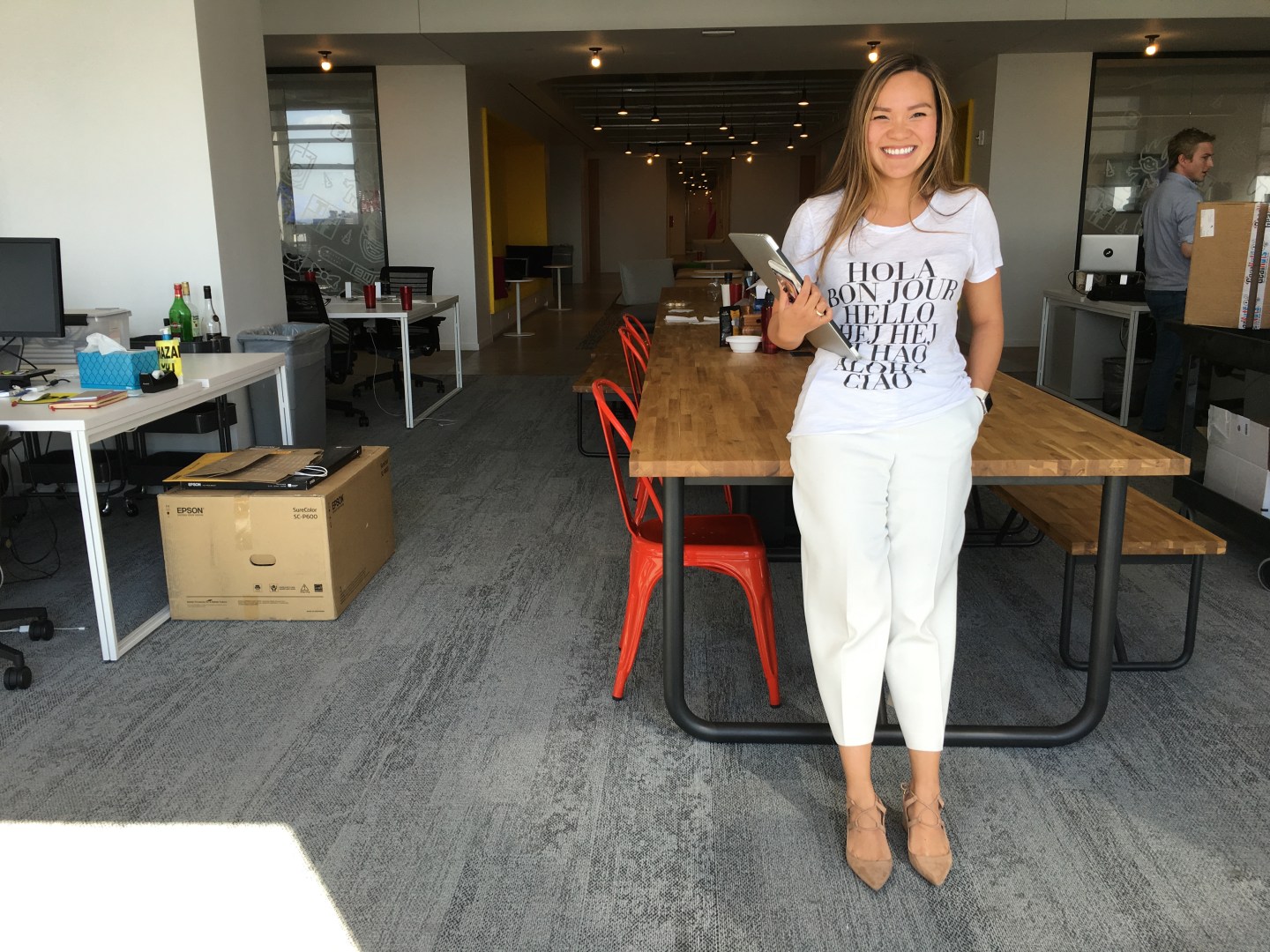 That began to change a year and a half ago, when Millie Tran, who helped launch BuzzFeed’s news app, became the company’s first Director of Global Translations. Tran has built a team of eight to translate a handful of the zillions (in reality: around 500) pieces of content BuzzFeed produces each day for new audiences. She has one staffer, Nora Snee, whose job is simply to read BuzzFeed’s U.S. edition every day and pitch translations to the site’s editors. Another staffer, Tanner Greenring, translates content from the international bureaus into English—and gets a million views on each of his posts, Train says. “It’s a really nice way to expose our international teams to the whole network of BuzzFeed,” she says.

Before Tran formalized the operations, BuzzFeed translated items “on an ad hoc basis,” she said. Now translations make up 30% to 40% of the content in BuzzFeed’s international editions. They generally don’t perform as well as original content, written in the country’s native language, which Tran says is “to be expected.” BuzzFeed translates around 75 pieces of content a month. The company adapted 685 English-language videos into other languages, which has led added 3 billion video views from international markets.

With the exception of large cross-border collaborations, translation doesn’t happen the moment content is created, Tran says. “It’s a matter of seeing it doing well somewhere else and saying, ‘Oh, this would be good.” She notes that BuzzFeed’s international teams know their audiences and media environments and flag trending content that has universal appeal. A post titled “24 Things Men Will Never Understand” was translated into several languages, with minor tweaks. (In Brazil, it was 20 things, in Germany it was 24 things.)

There have been some awkward results. A BuzzFeed Tasty recipe video that required fresh tomatoes in February drew incredulous comments from readers in France, Tran says.

Often, the translation allows BuzzFeed to be the first organization to break U.S. news internationally. BuzzFeed’s local competitors used to have an advantage by translating news first, but BuzzFeed’s story about the Disney alligator incident led the news cycle in Japan, Tran says. Likewise to a letter written by the Stanford assault victim that BuzzFeed published—it was the top performing translation for France this year. “We had this scoop in English,” Tran says. “We were able to scoop it [in France] too.”

BuzzFeed Has No Idea What Will Work and What Will Fail

The team aims to translate a mix of investigations and news, scoops, videos, entertainment and listicles. A video that amounted to a personality quiz started off in English, but after translation garnered three to four million views each in Portuguese, French, and Spanish. It’s another way media companies are finding efficiencies in today’s fragmented, globally distributed media environment. “It’s really about maximizing those types of articles that we’ve done,” Tran says.