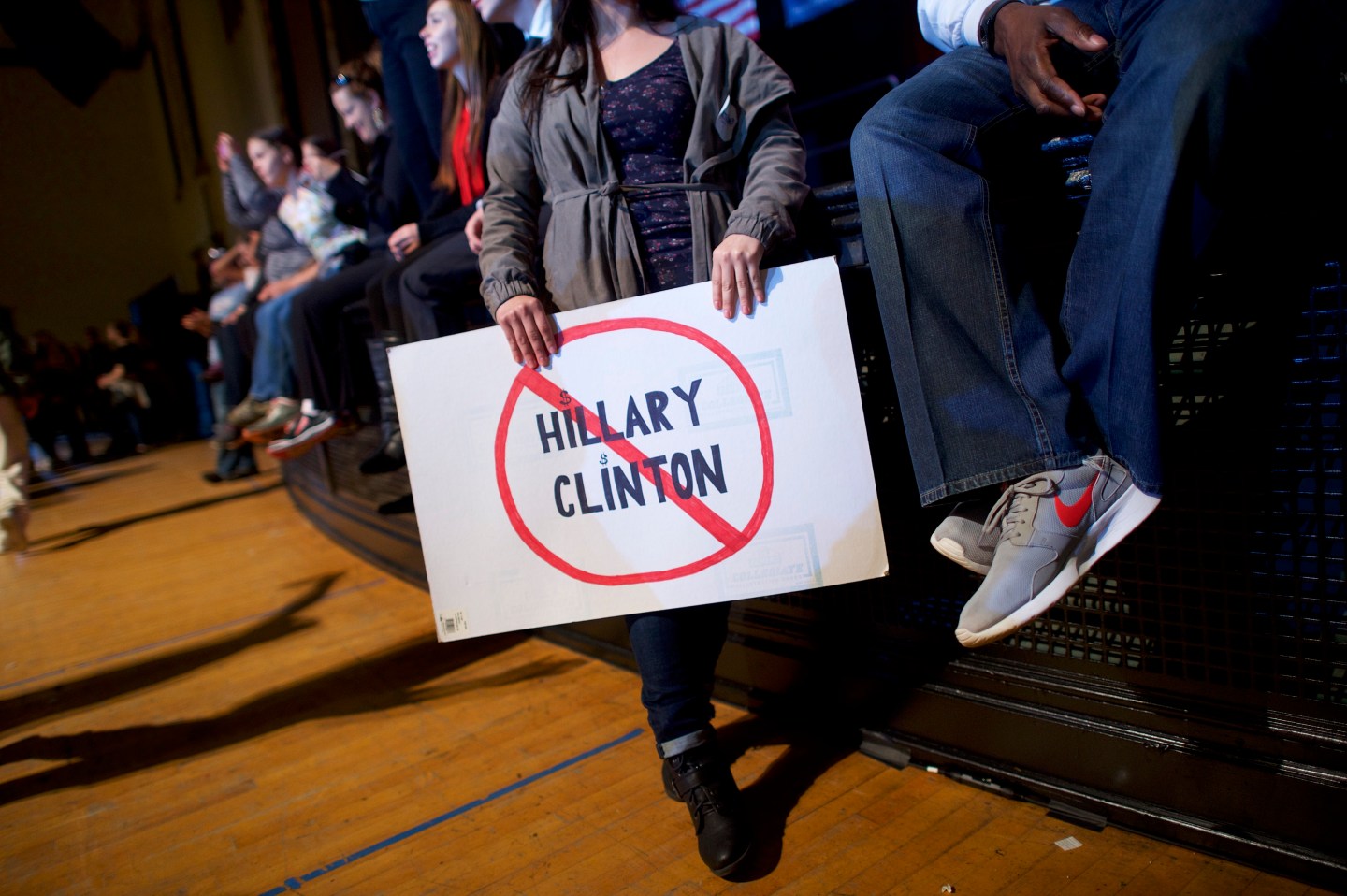 On Friday, Wikileaks published 19,252 emails from Democratic National Committee officials, some of which show the supposedly neutral party leaders working against former nominee Bernie Sanders in interactions with the press and party members. In response, the DNC decided Saturday that DNC Chair Debbie Wasserman-Schultz will not speak at the party’s convention this week. Later the same night, the DNC’s Rules Committee passed a resolution establishing a commission to reform the caucus process and make superdelegates more beholden to caucus results.

Both decisions may help mute Sanders supporters’ anger over the emails, but Sanders himself has not been much help in that effort. His supporters, largely occupying the progressive wing of the Democratic party, have long charged the DNC with favoring his centrist rival and now presumptive nominee, Hillary Clinton. This morning on Meet the Press, Sanders said the leaked emails do “not come as a shock to me or my supporters.” He also said unequivocally that Schultz “should resign, period” as chair of the DNC.

Perhaps the most inflammatory of the DNC communications was sent under the title “No Shit” by the DNC’s Chief Financial Officer, Brad Marshall. Marshall (who is hopefully more comfortable with numbers than words) suggested that “for KY and WVA can we get someone to ask his belief. Does he believe in a God . . . I think I read he is an atheist. This could make several points difference with my peeps.”

Another email has DNC Press Secretary Mark Paustenbach floating anti-Sanders talking points: “Wondering if there’s a good Bernie narrative for a story, which is that Bernie never ever had his act together, that his campaign was a mess.”

At the same time, another email outlined the DNC’s detailed strategy for asserting its own neutrality in the nominating process.

For more on politics, watch our video:

Wikileaks has not released any information on the source of the emails. But the timing of the release, just days before the start of the convention, suggests harbored hopes to cause trouble for the presumptive nominee.

And the emails are a serious liability for Clinton. As recently as June, nearly half of Sanders supporters said they would not support Clinton in the general election (though those numbers are mobile). Those sentiments have been fueled nearly as much by a sense of unfairness in the nominating process as by opposition to Clinton and her policy positions.

And that’s to say nothing of how this news will go over with undecided voters and anti-Trump Republicans considering swinging Democrat.