Why Does Ivanka Trump Always Get a Free Pass? 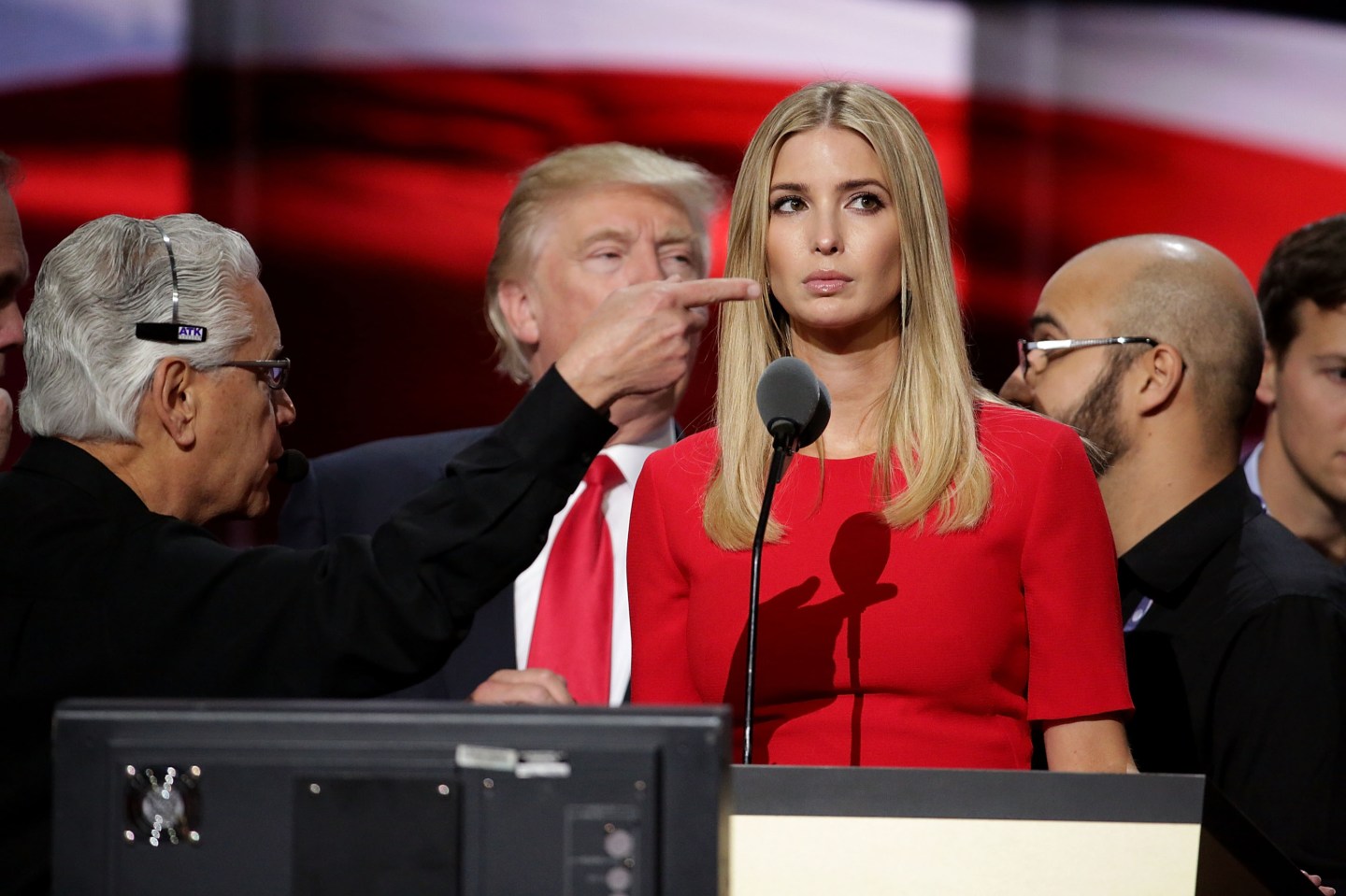 There was the hubbub over her fashion label’s scarves, which the Consumer Product Safety Commission recalled for not meeting “the federal flammability standards for clothing textiles, posing a burn risk.” Then, there’s the lawsuit she’s facing from Italian shoemaker Aquazzura over allegedly stealing its shoe designs.

Donald Trump’s eldest daughter is also an EVP at the Trump Organization, which has been accused of things like not paying its contractors, ripping off its customers, and illegally being used to do campaign work.

And yet, while each of the GOP nominee’s wrongdoings as a businessman appear in headlines over and over again, when it comes to Ivanka, we are quick to forgive and forget. We overlook the fact that she, as a top exec at his company—and, judging by her speaking slot at the RNC, the one with the best access to its CEO—is not totally aloof to her father’s dealings. That’s not to say that she’s to blame for the company’s mistakes. But to entirely absolve her of responsibility, given her obvious ability to influence her father’s decision-making, seems naive.

The Trump campaign did not respond to a request for comment.

As anyone following this election knows, Ivanka has been her father’s best asset when it comes to wooing female voters: a strong, independent, educated woman equal to her husband and business partners in every way. The mother of three has also been a vocal part of the “lean in” conversation, and last month announced that she will publish book titled Women Who Work: Rewriting the Rules for Success.

Simultaneously—and somewhat miraculously—she has also positioned herself as her father’s keeper, effectively playing the role traditionally reserved for the spouse of a presidential nominee. She has given interviews in defense of Trump’s treatment of women, called him a “feminist,” and serves as a favorite counter-example to the countless anecdotes of Donald Trump’s misogynistic attitude.

It’s a difficult balance, but she’s managed to pull it off so far. The real question is: How long can she keep it up?