I Think You Mean the Billion-Dollar Shave Club 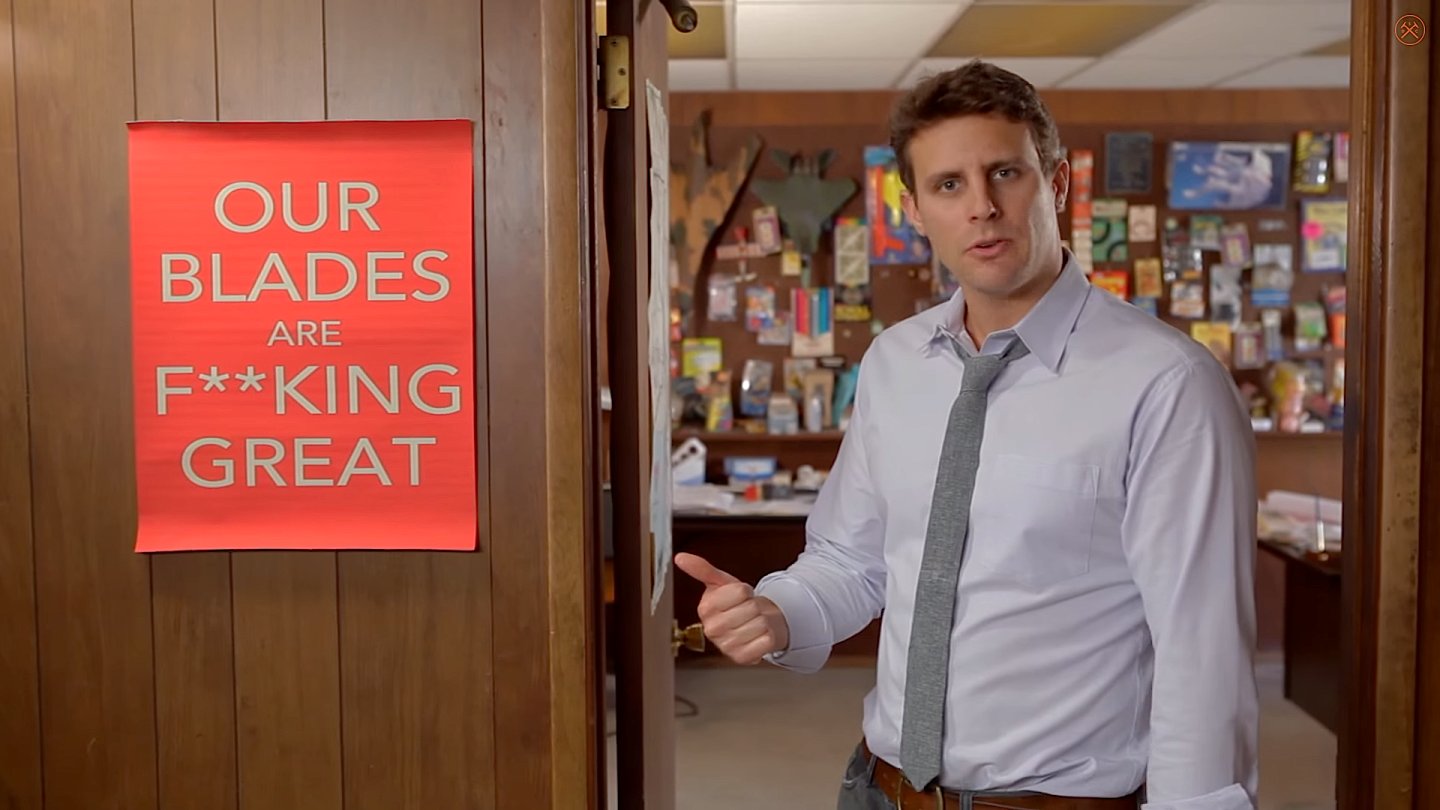 It seemed like kind of a goofy video, to be brutally honest—the kind that startup founders and/or small-town used-car salesmen tend to make because they can’t afford to hire a real actor. In it, Dollar Shave Club founder Michael Dubin is seen walking through a warehouse, bragging about how his blades are “f***ing great.”

In fact, the whole concept behind the company seemed kind of ridiculous when it first appeared in 2011. It felt like the kind of offer that might have made sense in the go-go days of the late 1990s, when websites like “Just White Shirts” and “Socks.com” launched and flamed out in a matter of days.

It shouldn’t have worked, but it did—in spades. The company that Dubin started in his apartment in Venice, Calif., was soon selling tens of thousands of blades via a subscription model, something that investors were openly skeptical about when he went for his first round of funding. And now consumer-products giant Unilever (UL) has agreed to buy the company for a cool $1 billion in cash (Dubin gets about $90 million of that).

So what can we learn from all this? Well, among other things, we can learn that sometimes the startup guy with the funny video actually wins. (To be fair, Dubin did improv comedy for years with the Upright Citizens Brigade in New York.) Also, it means that the same disruption that started with music and books is coming to the consumer products industry, and innovation like the Dollar Shave Club is part of that.