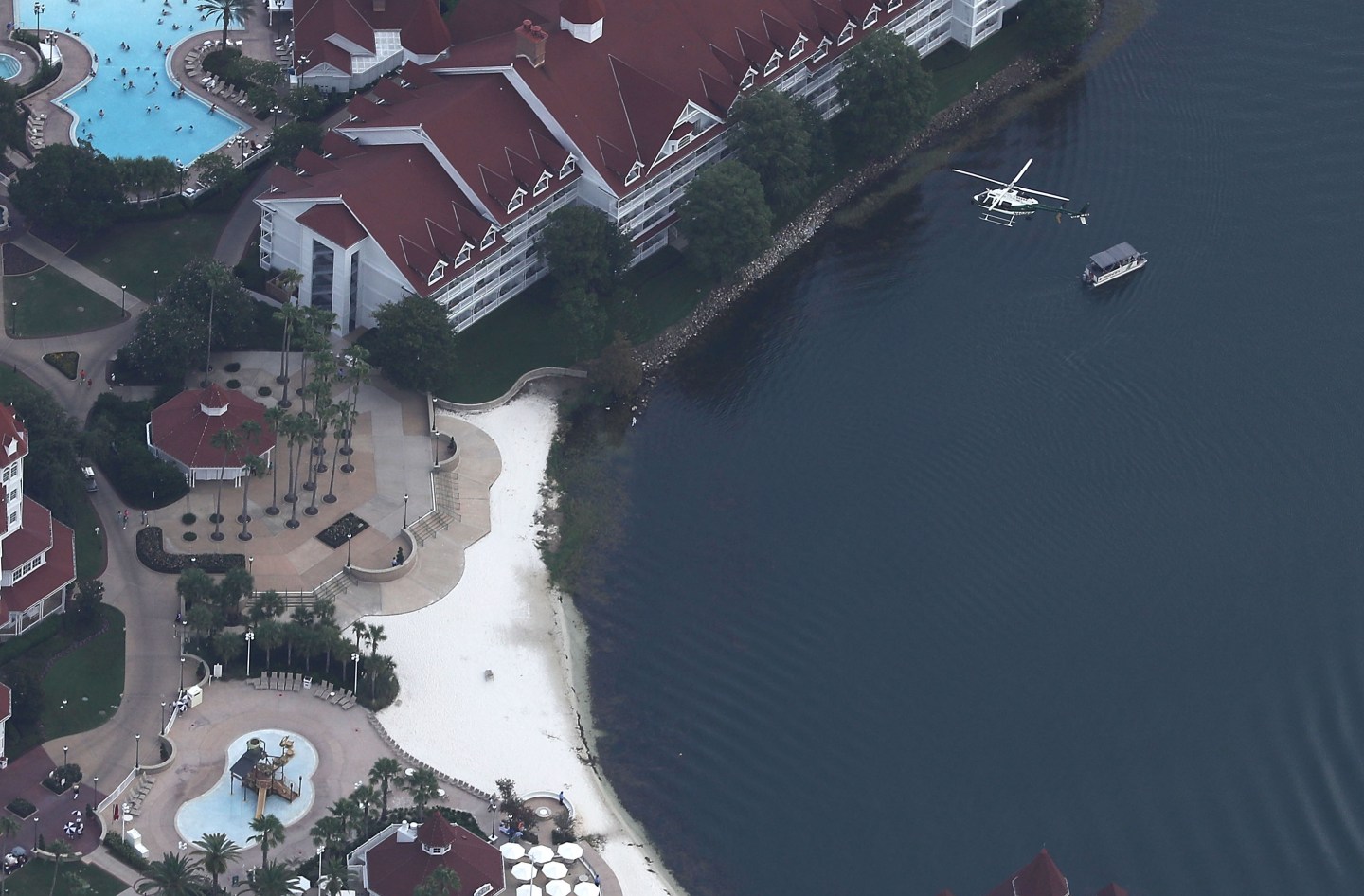 ORLANDO, FL - JUNE 15: A search helicopter is seen as it flies close to the beach area of the Walt Disney World's Grand Floridian resort hotel where a 2-year-old boy was taken by an alligator as he waded in the waters of the Seven Seas Lagoon on June 15, 2016 in Orlando, Florida. The child was taken last night at about 9 pm and the search and rescue effort has become a recovery effort. (Photo by Joe Raedle/Getty Images)
Photo by Joe Raedle—Getty Images

This story has been updated to reflect a response from Walt Disney World.

The parents of 2-year-old Lane Graves have reportedly released a statement saying that they will not be taking legal action against Disney after their child was killed by an alligator at the company’s Florida resort last month.

Lane had apparently been in some shallow water at a beach at Disney’s (DIS) Grand Floridian Resort and Spa on June 14 when he was snatched by an alligator. According to a statement obtained by NBC New York, his parents will continue to focus on their healing instead of getting involved in a lawsuit.

“We will forever struggle to comprehend why this happened to our sweet baby, Lane,” Matt Graves, the toddler’s father, said. “We know that we can never have Lane back, and therefore, we intend to keep his spirit alive through the Lane Thomas Foundation.” The foundation, created by the Graves in the memory of their child, will donate any funds collected to “various charitable organizations.”

Walt Disney World president George A. Kalogridis told Fortune in a statement, “In the wake of this tragic accident we continue to provide ongoing support for the family, which includes honoring their request for privacy.”

A Disney summer intern was recently fired for tweeting out a picture of a notice requesting that Disney employees refrain from telling guests that they’ve seen alligators in the area. Disney said that the notice had not been authorized by the company, and the woman was soon rehired.