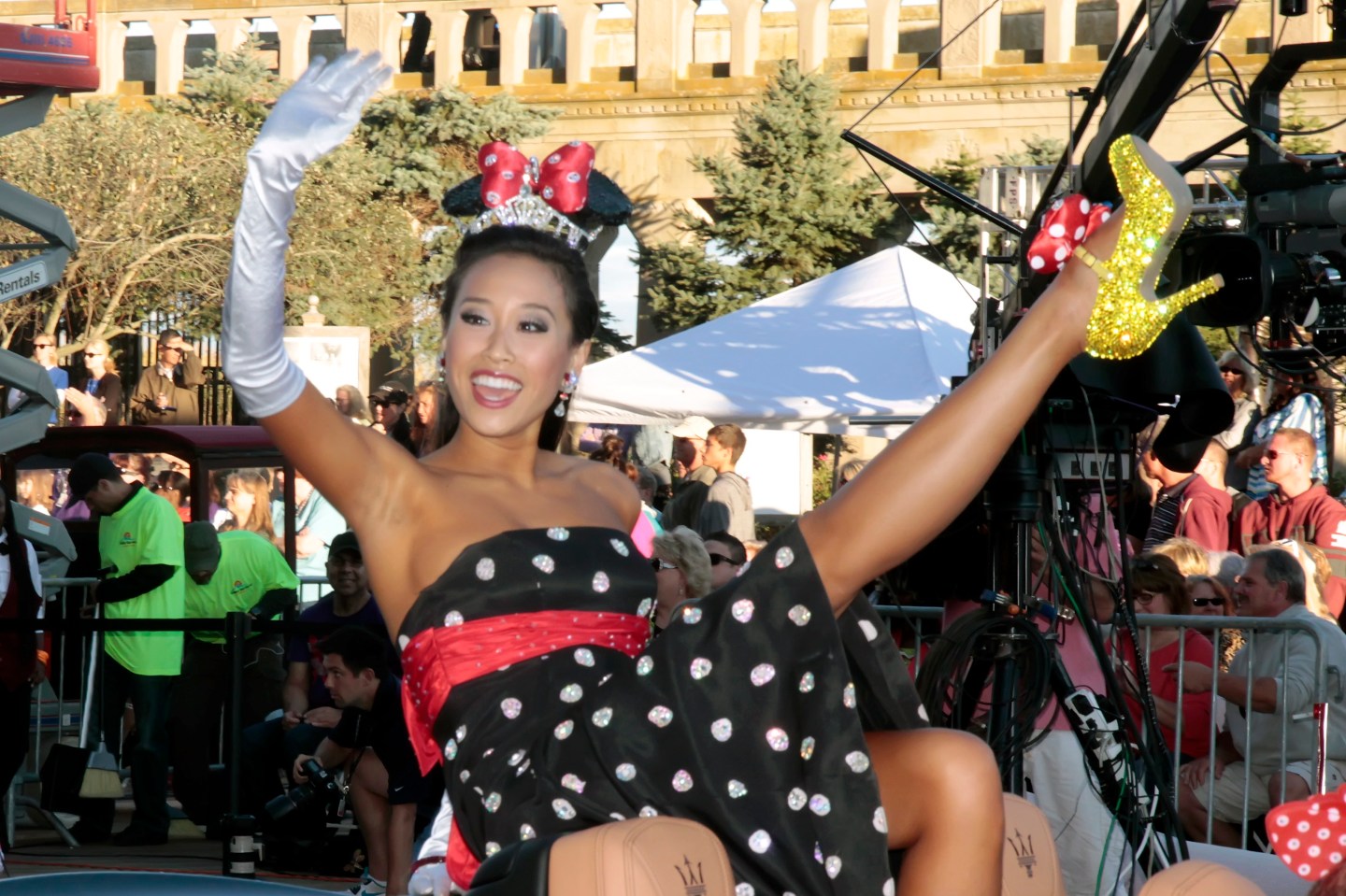 Would you believe that a rock-ribbed New York State insurance company developed an innovative tech product designed to put families with aging parents at ease, with the help of a retired armored car CEO, and a super-sleuth veteran hacker? Then consider that the same startup boasts among its co-founders not one but two celebrated beauty queens, one fresh from finishing as first runner-up in the Miss America pageant?

The innovation is an original, ultra-secure, cloud-based safety deposit box called LifeSite Vault, where individuals and families can store all of their essential information. While offerings such as Google Drive and Dropbox are convenient storage sites for family photos, homework assignments, and personal diaries, LifeSite Vault is a centralized digital filing cabinet designed to hold everything that, if lost in a flood or fire, could throw your life into chaos: living wills, estate planning documents, copies of passports, driver’s licenses, Social Security cards, medical insurance and tax records, even the vaccination history and microchip number for your Labrador retriever.

“LifeSite is different because it’s designed to store your most sensitive information all in one place where it’s easy to access, and because it’s the first product that makes it easy to share all or part of the information with your children or your attorney,” says Crystal Lee, 24, a Miss America finalist who worked at Google selling Google Drive prior to working on the launch of LifeSite last November.

LifeSite’s technology was developed at an unusual venue for internet innovation––Security Mutual Life, a mid-sized insurer in Binghamton, N.Y., a faded one-time industrial hub 137 miles west of Albany. Security Mutual’s IT team hatched the concept of an electronic vault strictly for financial and other crucial personal data, and the company’s management backed the initiative, reckoning that the product would appeal to its policyholders. But last year, the board determined that, given the regulations restricting insurers from owning non-insurance ventures, the best solution was to transfer the technology to a newly formed outside venture that could perfect it and market it. “The idea was still to offer it to our policyholders, but through a separate company,” says Security Mutual director Ray Barnard, who is the EVP for systems and supply chain at engineering giant Fluor Corp.

It was Barnard, a 21-year IBM veteran with strong Silicon Valley connections, who found an ideal candidate for building a new venture around Security Mutual’s technology. He’d worked with software specialist Chris Wong at PeopleSoft in the 1980s and followed Wong as a serial entrepreneur, culminating in the successful sale of video-tech venture Ooyala to Telstra of Australia.

In fact, Wong was looking to forestall a potential aging parents crisis and reckoned that what became LifeSite was the solution for his family and millions of others. His mother and father, both in their 80s, had been storing their wills, insurance, and medical documents in an assorted mix of shoeboxes, filing cabinets, and a safety deposit box. “My mother actually put documents in the butter deck of the refrigerator thinking it was the only safe place in case of fire,” marvels Wong.

Today, Wong is using LifeSite to share his parents’ data with his three brothers and their attorney. He also established an account for himself and his wife that his four children can access, and helped his kids store all of their personal data on LifeSite.

Wong took charge as CEO and quickly raised $5 million in startup funds from angel investors, among them Barnard. Security Mutual maintained a minority holding. Wong quickly assembled a small team of co-founders, including Lee, whom he’d met and mentored when Ooyala was a sponsor of the 2013 Miss California pageant, where Lee captured the crown.

From her teen years, Lee pursued parallel tracks as a serial beauty contest winner and as a top student with an avid interest in technology. As a kid, she watched her father, an optician who made prescription eyeglasses, pursue his passion in their San Francisco garage: assembling second-hand routers, motherboards, hard-drives, and monitors purchased at computer shows into fully-functioning computers, gear he donated to schools. “It was a Frankenstein approach in his geeky man-cave of IT parts,” she recalls. “I thought there was nothing cooler than watching my father give life to machines.”

His daughter, however, never wanted to learn the hardware skills that fascinated her dad, and also shunned the software programming her mother practiced as an IT specialist at a local college. “I didn’t code and I didn’t like math,” she says. Instead, Lee studied what made tech products big hits, and dreamed of creating new ones. “I’d download apps and mess with Photoshop,” she says.

At Stanford, Lee majored in human biology and took extra courses to earn a master’s in communication along with her BA. She also entered beauty contests, winning the Miss Chinatown pageant at age 18. While a Stanford senior, she captured the Miss Silicon Valley crown in early 2013, and right after graduation in June, she won the Miss California title. At the Miss America extravaganza in September, Lee paraded as a standard bearer of technology, introducing herself with the catchphrase “Tweet me, like me, text me, streaming from Silicon Valley, I’m Crystal Lee, Miss California!”

The field in Atlantic City narrowed to two finalists, and Lee lost to Miss New York Nina Davuluri, who became the first Indian-American Miss America. The loss was hardly heartbreaking, since Lee’s overriding ambition was to find a place among Silicon Valley’s top entrepreneurs. “My priority as a contestant was to look great and hone my performing skills,” she says. “I checked that box. There are so few top women executives in Silicon Valley, and that’s where I wanted to win. I wanted to play with the big dogs in business.”

Lee’s first post-beauty job was as a Google salesperson covering Canada, where she sold Google Drive and other products to businesses. “It wasn’t a good fit,” she admits. “I wanted to create great consumer product, by making software into an amazing experience for a big audience.” The opportunity came in early 2015, when her mentor Wong offered her an opportunity to turn LifeSite’s technology into a simple-to-master environment for consumers, including seniors.

Like Wong, Lee was attracted to LifeSite because of her own family’s struggles. “My grandfather had an apartment piled high with financial and legal papers, and plenty more at the bank,” says Lee. “After he died when I was 7 or 8, I’d watch my father in the kitchen, night after night, poring over stacks of papers, trying to make sense of his finances.” For Lee, LifeSite represented a big advance from the functions offered by Google Drive and Dropbox, where she’d also worked as a spring intern. Its principal advantage, she says, are the user-friendly features for sharing information with family and professionals¬¬.

At LifeSite, Lee works on the soft side of software, broadening the site’s appeal by designing pop-ups, choosing colors and fonts, and labeling categories. “In beauty pageants, it’s all about ego, versus startups, where you check your ego at the door,” she says. Even her daily commute is humbling: Biking to the train station in San Francisco, and riding an hour to LifeSite’s seven-person office in Mountain View, Calif.

The second beauty queen at LifeSite is YoonJin Chang, who was crowned Miss Korea in 2010. Chang, who’d learned English as a high school exchange student in Illinois, worked for a tech “accelerator” in South Korea that coached and helped find funding for dozens of tech startups. Through that job, she got to know Wong, who served as an adviser to the accelerator. “I was passionate about helping entrepreneurs, but I also wanted to be one,” says Chang. “Chris called, and I moved to work for LifeSite, and left everything in Korea.” Today, Chang heads business development, helping to find tech partnerships and sign on new customers.

LifeSite faced the daunting task of erecting an impenetrable firewall around its site. Wong received guidance from a figure who spent a long career protecting valuables from thieves, Michael Dan, retired CEO of armored car and home security purveyor Brink’s (the home security franchise was purchased by ADT). In an era when cyber-thieves regularly hack into giant corporate databases, pilfering identities and credit card information, consumers are wary of putting all their financial and legal information on a single site, unless they are certain it’s armored-car secure. Says Dan: “We had to get past the fears of having all your most critical information in one place.” Dan, who met Wong through a Security Mutual board member, advises LifeSite on what Wong calls the best family encryption solution on the internet.

LifeSite employs a key security technology supplied by cloud infrastructure provider VMWare. It uses techniques such as “rotating encryption keys,” a state-of-the art system designed to keep hackers at bay. Dan was so impressed that he became an investor in LifeSite, and a customer as well. “I have file cabinets full of information,” says Dan. “I spend a couple of hours a day entering data. My lawyers and financial adviser have access, and keep wills and brokerage accounts updated. And it’s a tremendous relief that my wife has one place to go to get all of our crucial information.”

To test the system, Wong asked an old friend and veteran hacker, whom, he says, can breach practically anything that’s hackable, to attempt breaching the firewall. “Given how good he is, it was the ultimate test of the vulnerability of the system,” says Wong. This dean of hackers failed, and he was so impressed by LifeSite’s security that he asked to join the startup. Wong gladly brought him aboard.

The LifeSite team strives to make the site so consumer-friendly that non-tech-savvy seniors can use it with ease, though their children may need to guide them through the process the first couple of times. Once again, the design is largely the province of Crystal Lee. Once logged in, customers view a “dashboard” with dozens of life categories carrying labels such as “property and valuables” (for locations of art, cars, and jewelry), “passwords,” “health and medical,” and “legacy end of life planning,” which includes a place for funeral arrangements, for example. After clients click on a category, a series of prompts guides them to entering all the typical types of data for, say, living wills or insurance plans. A category for military benefits even informs surviving families of the payments and medical coverage they’re entitled to depending on the veteran’s final rank and length of service.

So far, LifeSite has sold its products to around 1,000 families in its less than 10 months in business. It primarily markets its products to companies that, in turn, offer it as a benefit to their employees. Typically, it’s the employee who pays for the product. The cost of its main offering, LifeSite Vault Plus, is $80 a year. Among its early customers are Security Mutual, Maines Paper and Food Service, and wealth management firm Concentrum.

It’s promising that the product appeals to such security-conscious, old-economy folks as armored-car veteran Dan. He’s enthusiastically recommending the product as an HR benefit to companies he advises. “It’s early days, but LifeSite will ramp up rapidly,” he says. “This is a driven team that combines beauty and brains.”

Of course, it’s too early to tell if the product will catch on in a big way. But LifeSite has plenty of prestigious backers and believers. We’ll soon see if the journey from Binghamton to Silicon Valley––led by beauty queens, hackers, and their mentor––turns from a rollicking adventure into a digital triumph.