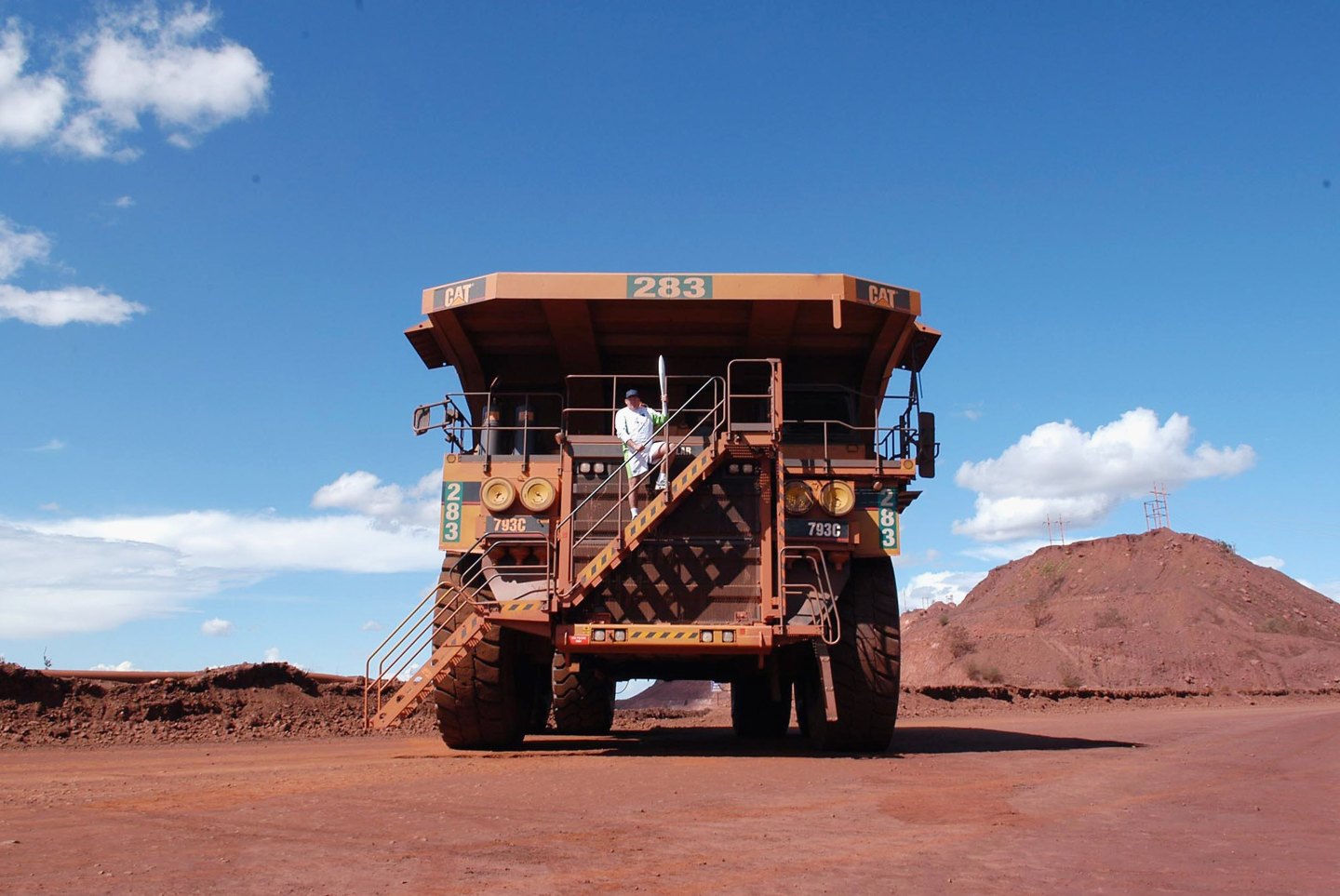 NEWMAN, AUSTRALIA - FEBRUARY 8: BHP Billiton emergency co-ordinator Steve Cooper poses with the Melbourne 2006 Queen's Baton in front of a haul truck at the Iron Ore Mine during the Melbourne 2006 Queen's Baton Relay on February 8, 2006 in Newman, Australia. The Baton arrived in Australia on January 24, 2006. Some 3,500 relay runners will carry the baton across Australia in the final 50 days of its epic 180,000 kilometre journey from Buckingham Palace, London to the opening ceremony of the Melbourne 2006 Commonwealth Games. (Photo by prpix.com.au via Getty Images)
prpix.com.au via Getty Images

BHP Billiton (BHP) said it aims to boost its iron ore output by up to 7% this year as it works its existing mines harder, after narrowly missing its target for fiscal 2016 due to the Samarco disaster in Brazil.

Production for the current financial year to end-June 2017 is forecast to increase to between 265 million tons and 275 million tons, all from the company’s Western Australia mines, it said.

BHP also said it will take up to a $175 million charge to underlying profit for the second half of fiscal 2016 related to the reversal of inventory writedowns, job losses and impairments at its coal business, as well as a further $150-$200 million charge relating to global tax matters.

See also: Brazil Prosecutors File a $44B Lawsuit Against Vale and BHP for Dam Spill

BHP, which has now completed a massive expansion of its iron ore business to feed the Chinese market, said the planned growth would come from deploying unused capacity at its mines as part of a broader strategy to boost volumes across key commodities.

“Over the next 12 months, we expect volumes and costs across our minerals businesses to benefit from our continued drive to safely improve productivity,” Chief Executive Andrew Mackenzie said in the company’s quarterly production report.

Copper output is expected to rise 5%, metallurgical coal 3% and total iron ore output by up to 7%. BHP forecast a fall in its petroleum output of up to 17%, with output at its onshore U.S. shale oil business to fall nearly 30% as it defers development at a time of low prices.

BHP had previously cut its Western Australia iron ore production for the year to June 30, 2016 by 10 million tons to 260 million tons, blaming a cyclone that ripped through the Pilbara iron ore region in January and railway maintenance.

For more on mining, watch this video:

Production was also hit by by the shutdown of its half-owned Samarco iron ore business following a burst tailings dam in November last year.

In what has been billed the worst environmental disaster in Brazil’s history, the dam unleashed a mud flow that killed 19 people, left hundreds homeless and polluted a major river.

In copper, output from the giant Escondida mine climbed to 979,000 tons in fiscal 2016, beating guidance in April of 940,000 tons. Production of metallurgical coal production and petroleum products were also slightly ahead of guidance.