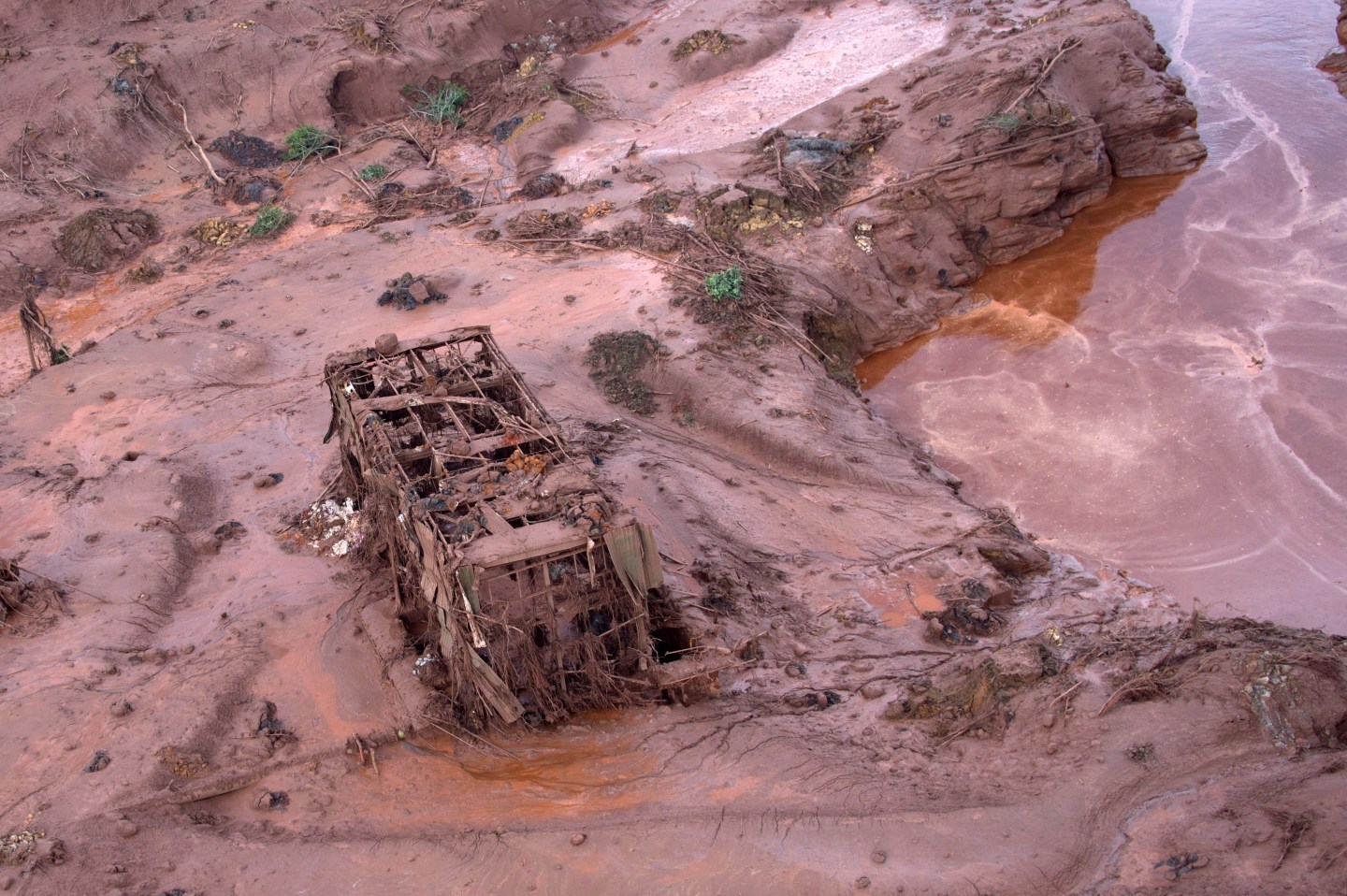 Aerial view of damages after a dam burst in the village of Bento Rodrigues, in Mariana, Minas Gerais state, Brazil on November 6, 2015. A dam burst at a mining waste site unleashing a deluge of thick, red toxic mud that smothered a village killing at least 17 people and injuring some 75. The mining company Samarco, which operates the site, is jointly owned by two mining giants, Vale of Brazil and BHP Billiton of Australia. AFP PHOTO / CHRISTOPHE SIMON (Photo credit should read CHRISTOPHE SIMON/AFP/Getty Images)
Photograph by Christophe Simon — AFP/Getty Images

BHP Billiton was sued in the United States by investors who accused the Anglo-Australian mining company of fraudulently overstating its ability to manage safety risks prior to November’s fatal dam burst at a Brazilian mine it co-owned and operated.

In a complaint filed on Wednesday in the U.S. District Court in Manhattan, investors led by the Jackson County Employees’ Retirement System in Michigan said BHP inflated the price of its American depositary receipts by ignoring safety risks and overstating its commitment to safety before the disaster.

BHP (BHP) said in a statement emailed to Reuters on Thursday that it disputed the allegations of the complaint.

“We intend to vigorously defend the matter,” the statement said, adding that the company had not been served with court documents at this stage.

Wednesday’s lawsuit follows the Nov. 5, 2015 dam burst in Minas Gerais, Brazil’s main mining state, at the mine run by Samarco, a joint venture between BHP and Brazil’s Vale (VALE).

The burst unleashed huge quantities of mud and waste that destroyed a nearby village and killed at least 17 people, in Brazil’s worst environmental disaster.

The price of BHP’s ADRs closed that day 20 percent below where they traded before the dam burst, and the complaint said BHP should compensate ADR investors for that decline.

“Defendants knew or recklessly disregarded the precarious condition of the Fundão dam and Samarco’s tailings facilities,” causing harm to investors when the truth came out, it said.

The lawsuit seeks class action status for ADR investors between Sept. 25, 2014, when BHP touted its focus on safety in a U.S. regulatory filing, and Nov. 30, 2015, when Brazil sued.

On Tuesday, Brazilian police accused six Samarco officials and one contractor of murder in connection with the dam burst. Samarco called such accusations “misguided.”

The law firm Robbins Geller Rudman & Dowd, which specializes in securities fraud lawsuits, filed Wednesday’s complaint. Vale was not named as a defendant.