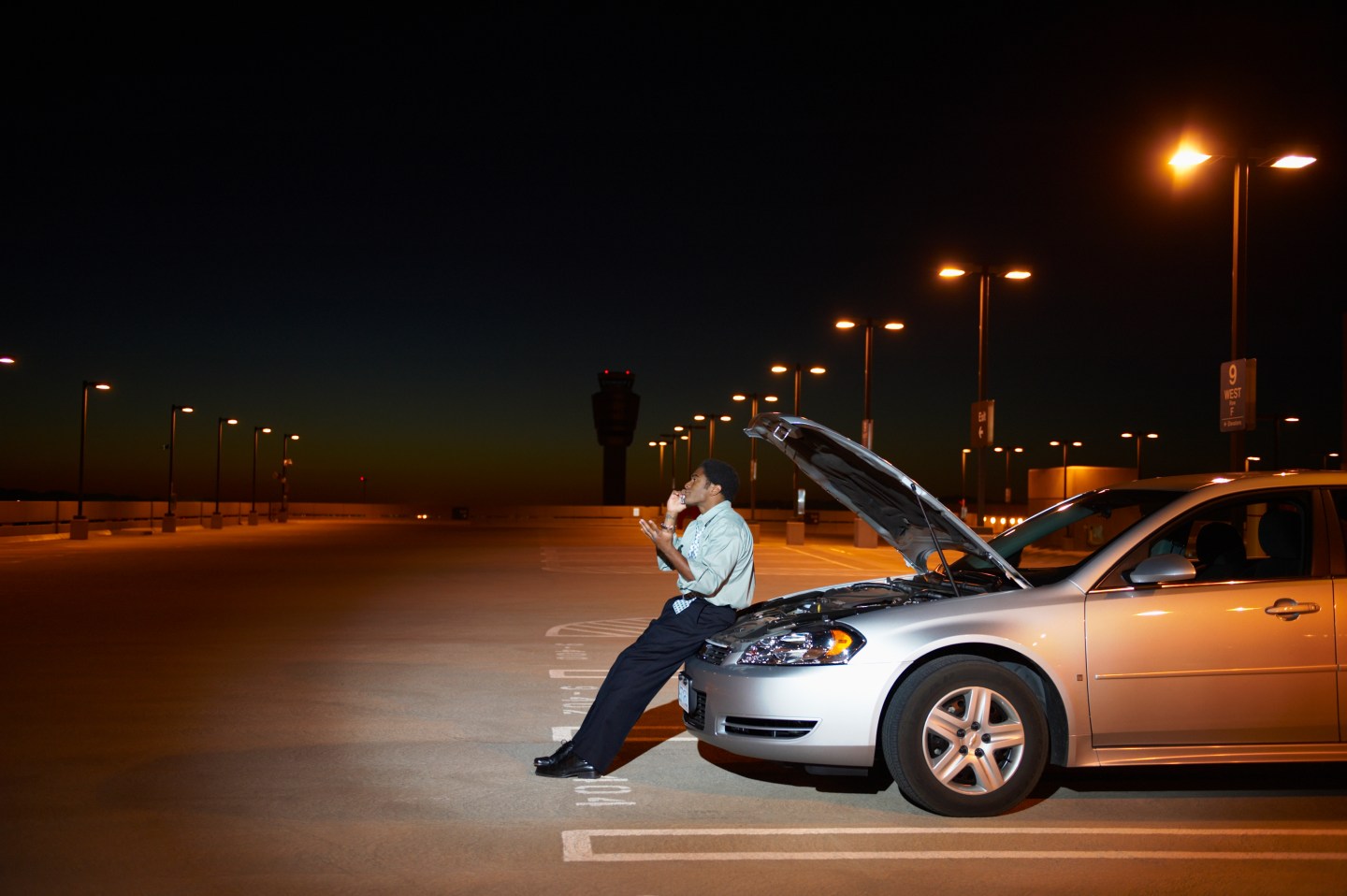 New vehicles are loaded with advanced technology designed to keep drivers and passengers safe and on the road—not in the breakdown lane. A new study by the American Automobile Association found that technology—including maintenance reminders and other safety alerts—hasn’t reduced the number of drivers stranded on the roadside. Breakdowns are actually happening more than ever.

AAA rescued a record-breaking 32 million drivers in 2015, with more battery, flat tire, and key problems than ever before, according to a study it released Wednesday. The study suggests that sometimes the tech could actually be part of the problem.

“Vehicles today are advanced more than ever, yet are still vulnerable to breakdowns,” Cliff Ruud, AAA’s managing director of automotive solutions said in a statement. “Sleek, low profile tires are highly susceptible to damage, electronic keyless ignitions can zap battery life, and despite advanced warning systems, more than half a million drivers ran out of gas last year.”

For example, vehicles fewer than five years old experienced a higher proportion of tire and key-related issues than older vehicles, incidents that have increased as automakers have started to eliminate the spare tire and adopt electronic keyless ignitions. AAA says automakers are getting rid of spare tires and replacing them with tire inflator kits to reduce vehicle weight and boost fuel economy. Tire inflator kits have replaced spare tires on 29 million vehicles in the last 10 model years, a proportion that has increased from 5% of 2006 model year vehicles to 36% of 2015 model year vehicles sold, according to AAA.

While the highest proportion of battery-related issues were in vehicles between six and 10 years old, newer models with keyless ignition systems caused problems as well. Keyless ignition systems can drain the battery life when keys are stored too close to the vehicle and can lock a driver out of the vehicle while the engine is still running. AAA responded to more than 4 million drivers who were locked out of their vehicles last year.

And even though nearly all new vehicles are equipped with low fuel warning alerts and range estimations, a higher proportion of drivers are using these systems to push the limits between fuel ups, according to AAA.

For AAA, there was one other troubling trend of note: One-in-five service calls for newer vehicles required towing to a repair facility in 2015, the study said. That’s because newer vehicles are so complex, they’re difficult to fix without the help of a mechanic. So much for roadside assistance.