We Are Not Boycotting the Philippines, Chinese Official Says 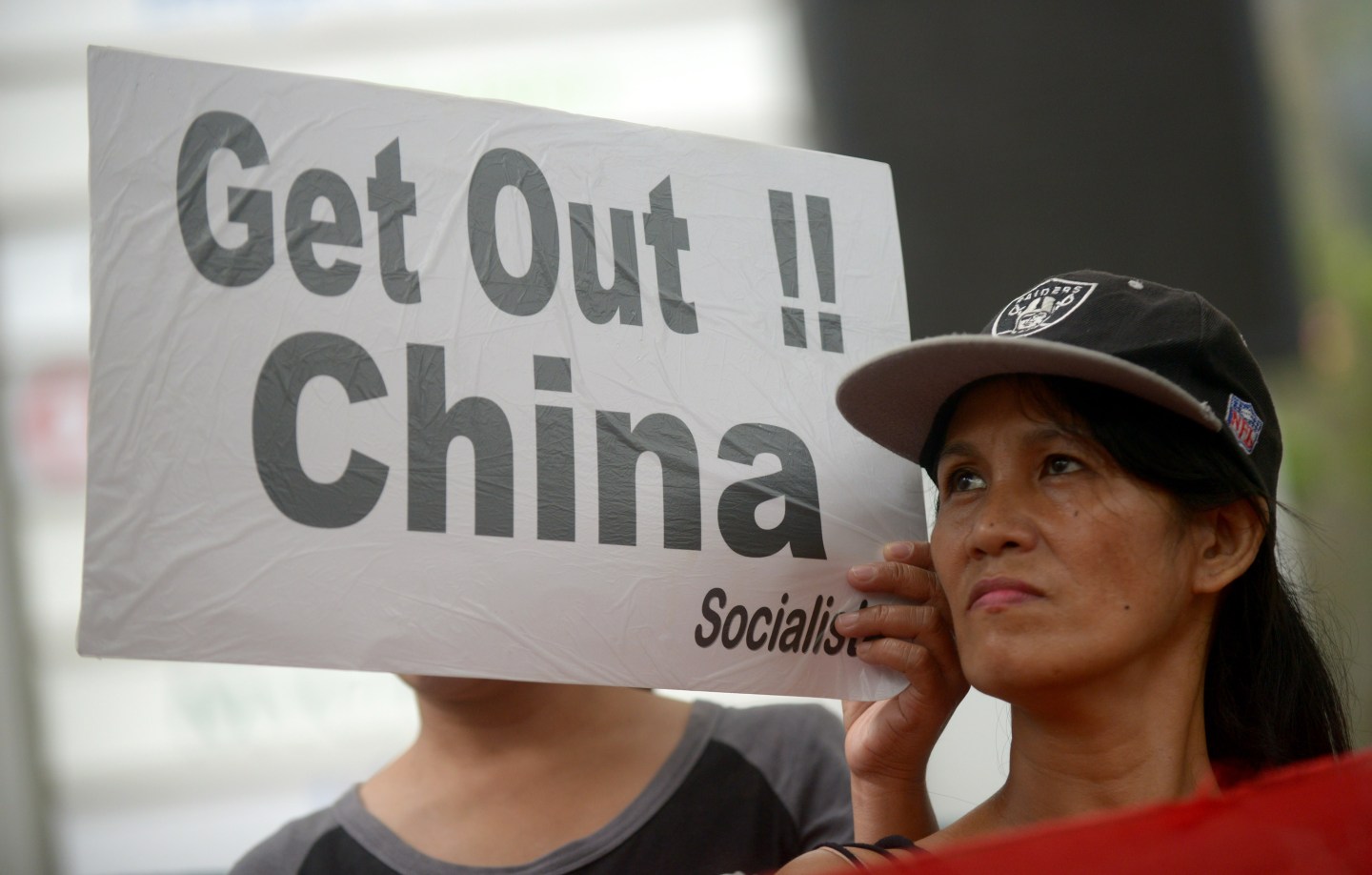 A protester displays a placard during a rally in front of the Chinese Consulate in Manila's financial district on July 10, 2015, calling to boycott products made in China and denouncing China's claim to most of the South China Sea including areas claimed by the Philippines. The Philippines on July 7 appealed to an international tribunal to declare China's claims to most of the South China Sea illegal, warning the integrity of United Nations' maritime laws is at stake. China insists it has sovereign rights to nearly all of the South China Sea, a strategically vital waterway with shipping lanes through which about a third of all the world's traded oil passes. AFP PHOTO / Jay DIRECTO (Photo credit should read JAY DIRECTO/AFP/Getty Images)
JAY DIRECTO AFP/Getty Images

A senior Chinese official on Tuesday brushed off calls for a boycott of the Philippines after an international arbitration court found for Manila in its dispute with Beijing over the South China Sea.

China angrily rejected the verdict last week by the Permanent Court of Arbitration in The Hague, describing the case as illegal and farcical. It has repeatedly said it will not change its approach or its sovereignty claims in the South China Sea.

Some Chinese have reacted by calling for boycotts on products from the Philippines and the United States, which many in China blame for pushing the case. So far, there has been only sporadic evidence of these calls being heeded.

Asked if China would take retaliatory trade measures against the Philippines because of the ruling, China’s vice minister of commerce Gao Yan told reporters that trade relations with Manila were developing smoothly.

“I should say that though some Internet users have called for boycotts on products from the Philippines, in actuality this situation has not occurred.”

Total two-way trade between China and the Philippines rose 5.7% in the first six months of the year to $22.3 billion, according to Chinese customs figures.

Calls for boycotts of countries deemed to have offended China are not uncommon.

Disputes with Japan over the country’s painful shared history and contested ownership of uninhabited islands in the East China Sea have in recent years bubbled over into anti-Japanese violence, and destruction of Japanese goods and restaurants.

There has been no evidence of such widespread anger in China this time, though some reports have surfaced of people in generally third-tier cities holding up banners in front of U.S. fast food restaurants including Yum! Brands-owned KFC asking people not to eat there.

See also: What Beijing Could Do Next After the South China Sea Ruling

State media has called on people to oppose “irrational patriotism” over the case.

“Other net users have levelled false accusations against public figures and have started to mislead people into blindly boycotting foreign products and brands such as Philippine bananas, iPhones and KFC,” the influential tabloid the Global Times said on Tuesday.

The government also appears to have no intention of allowing protests, as it has done in the past against Japan.

For more on trade, watch this video:

On Monday, police in Siyang in the eastern province of Jiangsu said on their microblog it was aware of calls for protests against KFC but said protests needed approval, and suggested they would be a waste of time.

“Love your country, but please don’t take out your anger on its territory,” Siyang police said.