What Beijing Could Do Next After the South China Sea Ruling 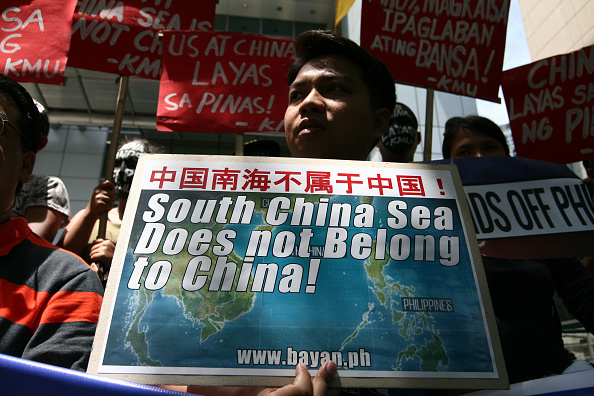 Minxin Pei is a professor of government at Claremont McKenna College and a non-resident senior fellow of the German Marshall Fund of the United States.

Few should be surprised by the unanimous ruling this week against China by a tribunal of the Permanent Court of Arbitration (PCA), a Hague-based international judicial entity constituted under the United Nations Convention on the Law of the Sea (UNCLOS). Even Beijing was expecting this outcome. When the Philippines brought the case against China in early 2013, Beijing refused to take part in the proceedings on the ground that the court has no jurisdiction over the dispute in the South China Sea. Immediately, after the release of the tribunal’s ruling, the Chinese Foreign Ministry issued a detailed rebuttal of the ruling, an indication that Chinese leaders had anticipated an unfavorable verdict.

Although the PCA’s ruling cannot be enforced, the magnitude of defeat suffered by China cannot be overstated. For the first time, an international legal entity has effectively rejected Chinese claims of sovereignty over the South China Sea and soundly criticized its activities such as land reclamations.

While the legal and practical implications of the ruling are still being digested, the most urgent question now is what options Beijing has in the wake of this legal setback.

Given the belligerent response from China, including a recent military exercise in the South China Sea, it is clear that Beijing will not abide by the ruling and cease and desist. In determining how to blunt the impact of the ruling and avoid further loss of its credibility, China will weigh a combination of factors in crafting a response. The most critical ones are the domestic political considerations of its top leadership and the possible response by the United States.

The first option, seen as the most attractive and least costly, is to buy off Manila. The Philippines’ case against China was brought by the administration of President Benigno Aquino, who has just left office. His successor, Rodrigo Duterte, may be induced, with promises of aid, trade and investment deals, to soften Manila’s position. Ideally, Beijing would like President Duterte to declare that the PCA’s ruling has no legal effect on its policy in the South China Sea and that Manila will work with Beijing on a bilateral basis to resolve its dispute. A change of the Philippines’ position will not void the legality of the ruling, but it can significantly soften the diplomatic blow to China’s image and prestige. If successful, this move will snatch a diplomatic victory from the jaws of defeat for China President Xi Jinping and strengthen his hands on the eve of the Communist Party’s 19th Congress in the fall of 2017, a crucial event at which many new leaders will be selected.

However, there are practical difficulties for Beijing in executing this option. China’s uncompromising stance on the South China Sea has fueled anti-China sentiments in the Philippines. As a populist, President Duterte can ill-afford to be seen as selling out the Philippines’ national interest and dignity for short-term economic gains. In addition, the United States, which has backed the Philippines through its dispute with China, will unlikely sit by and let Beijing woo away Manila.

The second option for Beijing is to further escalate the dispute in the South China Sea. Such a move, though high risk, may also produce great long-term benefits. Chinese leaders want to show that, in spite of the PCA’s ruling and America’s efforts to counter Chinese moves in the South China Sea, Beijing can do what it wants regardless of legality or diplomatic consequences. Among possible escalatory steps, the least provocative would be increasing military exercises and aggressive patrols by Chinese coast guard and fishery enforcement vessels in the disputed area. A more dangerous move is the (very public) introduction of weapons into the artificial islands already built in the South China Sea. Beijing can also declare an air defense identification zone (ADIZ) in the South China Sea, as it did in the East China Sea at the height of its dispute with Tokyo over the sovereignty of the Senkaku/Diaoyu Islands in late 2013. The most provocative and riskiest escalatory step would be building an artificial island at Scarborough Shoal, which the Philippines also claims.

Unfortunately, Beijing will encounter strong push back by the U.S. if it opts for escalation. In particular, the declaration of an ADIZ will provoke a strong American reaction because the U.S. has already indicated repeatedly that such a move would constitute an escalation that would be unacceptable. As for building a Chinese artificial island at Scarborough Shoal, President Barack Obama has already warned President Xi against this step.

Given the uncertainty and risks involved in these two options, Beijing will most likely favor the third option for now. It will loudly denounce the PCA ruling but do little else, waiting for the dust to settle. Displaying defiance and fueling nationalism may help Chinese leaders domestically, but following through on their own bluff and precipitating a direct confrontation with the United States in the South China Sea right before a critical party congress may be too reckless a step to take.