Being Anti-Trump Is Working for This Retailer 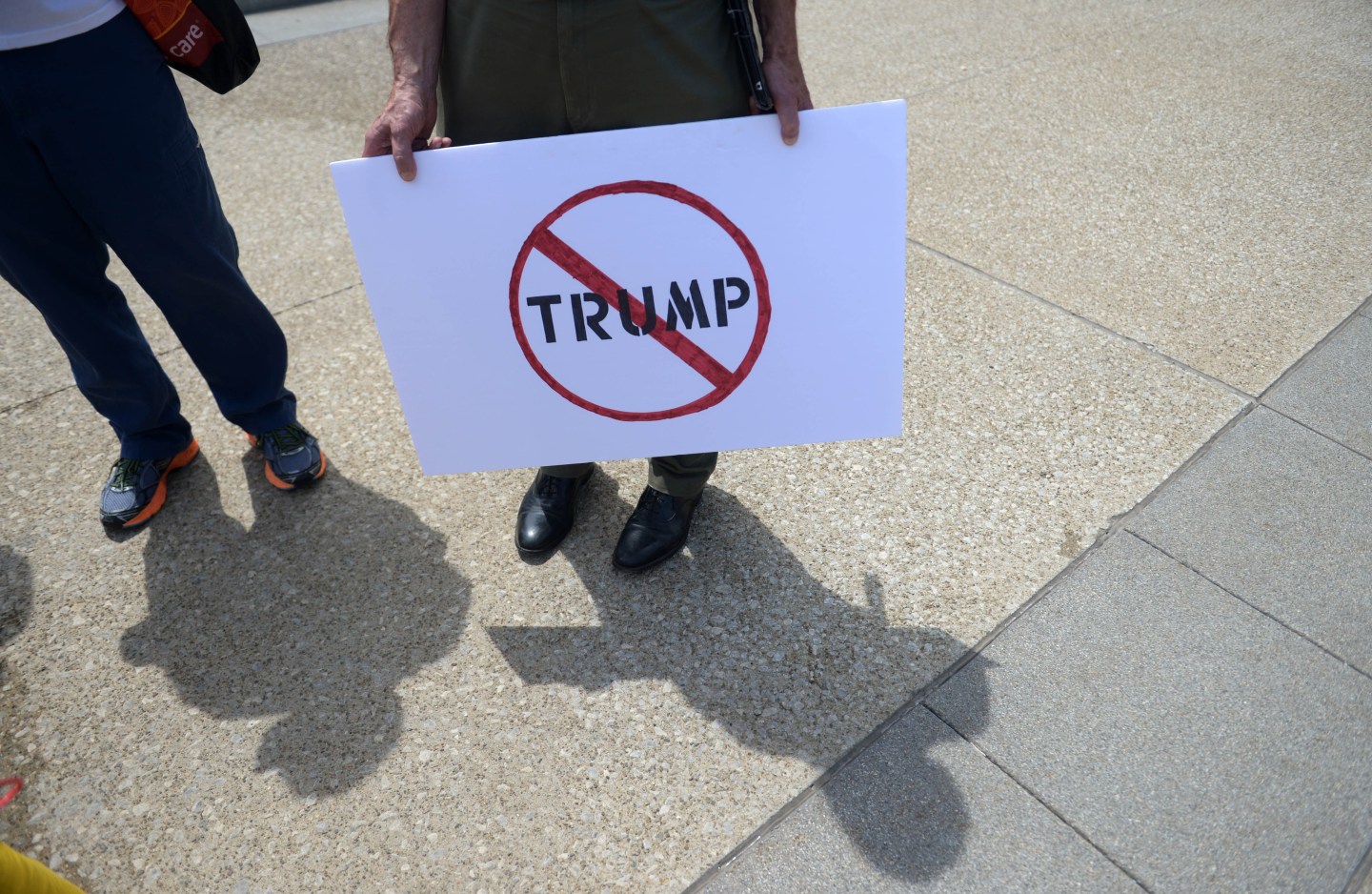 Merchandise branded with the slogan “IDK Not Trump Tho” has become a huge hit for one retailer, despite its blatant political message.

The slogan means “I don’t know, not Trump though,” for all of you Internet-shorthand illiterates out there. It’s featured on T-shirts and coffee mugs sold at Urban Outfitters, which CBS News reports struck a licensing deal with comedian Dave Ross, the creator of the slogan. Being political generally isn’t a smart move for retailers, but in this case it appears to be working quite well.

Early this year Ross bought a custom campaign sign to put on his front lawn and tweeted out a picture. Within just a couple of hours he received thousands of retweets and people had already stolen the idea to sell their own bootleg anti-Trump merchandise. Ross then began his own website, IDKNotTrumpTho.com, where he sold T-shirts and mugs stamped with the slogan.

I never ever ever put up campaign signs but I feel very strongly this year so I had one made! pic.twitter.com/MhuUetR5EW

When Urban Outfitters spotted his clever design, they decided that they wanted in on it. “It is rare for major retailers to be political, let alone in such a divisive manner. Most simply showcase their levels of patriotism at relevant times during the year,” ShipperTrak Chicago USA spokesperson Jennifer Braner told CBS. She explained that the move likely resonates with Urban Outfitters’ core customers (aka Millennials). Melissa Arnoff, senior vice president at communications firm Levick, added that the retailer “is known for hitting on what is trendy, and it is trendy right now to really not like Donald Trump.”

Ross told CBS that, according to the licensing company, it was “one of the most successful designs they’ve worked on with Urban Outfitters.” The first run of 300 shirts sold out in under 24 hours, and the store soon order thousands more.

Neither Urban Outfitters nor Donald Trump’s campaign could immediately be reached for comment.