New York Piles on Volkswagen With Another Lawsuit Over ‘Dieselgate’ 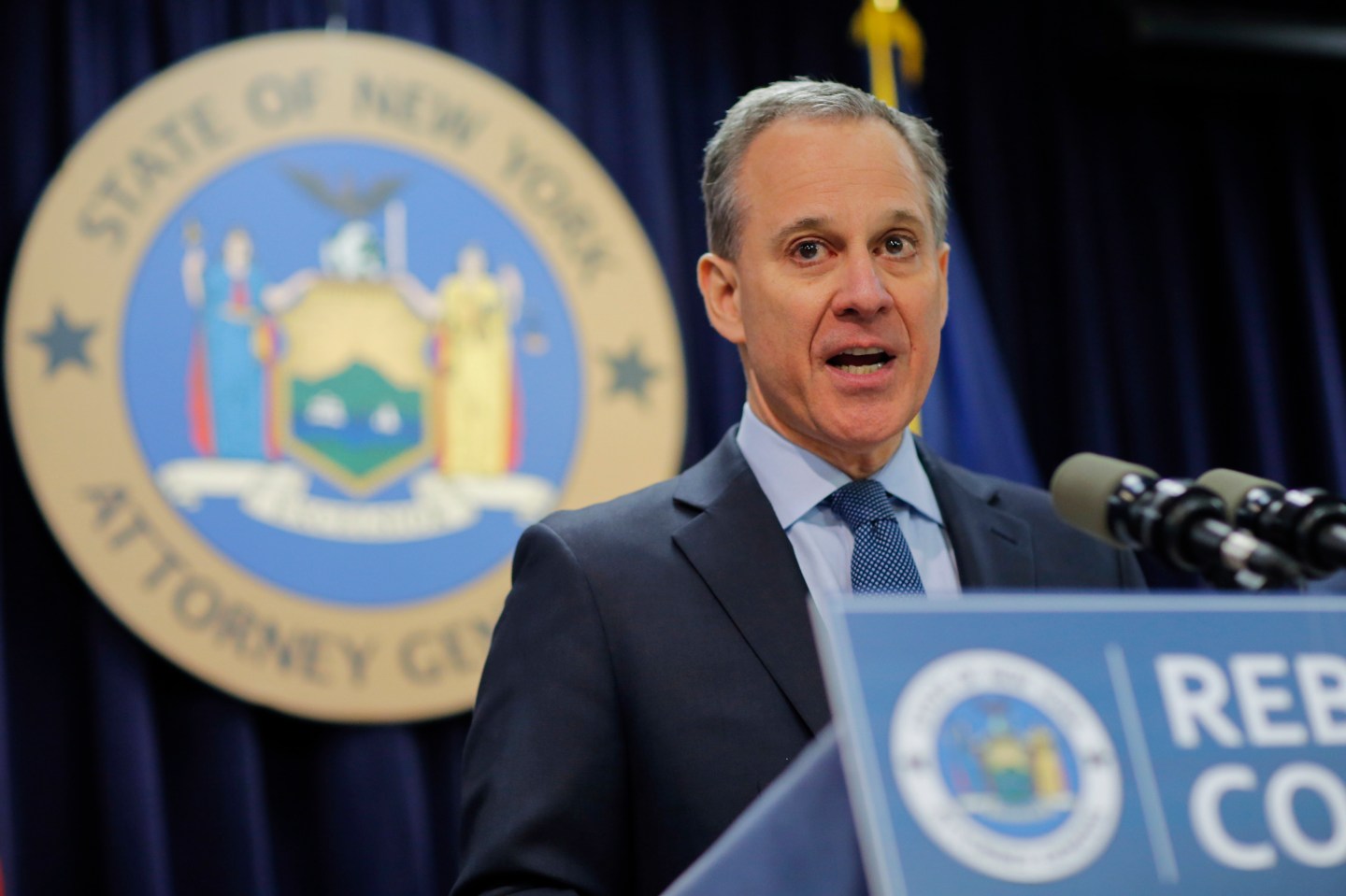 Senior executives at Volkswagen including its former chief executive covered up evidence that the German automaker had cheated on U.S. diesel emissions tests for years, New York state charged on Tuesday in a civil lawsuit against the company.

New York was one of three states bringing separate lawsuits in state courts against VW, along with Maryland and Massachusetts. The suit filed by New York Attorney General Eric Schneiderman in state court in Albany on Tuesday outlined more than a decade of efforts by the world’s No. 2 automaker to deceive regulators in the United States and Europe, citing internal VW documents.

The suits are the latest developments in the so-called Dieselgate scandal that has harmed VW’s global business, sullied its reputation and led to the departure of its CEO and other executives. VW last September admitted using sophisticated secret software in its cars to cheat exhaust emissions tests, with millions of vehicles worldwide affected.

The three states accused VW of violating their environmental laws.

The New York lawsuit, seeking hundreds of millions of dollars in penalties from VW, charges that dozens of company employees at various levels knew that the company’s “clean diesel” engines could not meet pollution standards in normal driving without compromises to performance or fuel economy.

Volkswagen (VLKAY) spokeswoman Jeannine Ginivan criticized the decision by the states to file suit, noting the company has already agreed to spend billions of dollars to address all environmental harms from the excess emissions.

The states’ claims “are essentially not new and we have been addressing them in our discussions with U.S. federal and state authorities,” Ginivan said. “… It is regrettable that some states have decided to sue for environmental claims now.”

Former VW CEO Martin Winterkorn and VW’s former global head of marketing, Christian Klingler, knew by spring 2014 “of the existence of unlawful defeat devices and did nothing to prevent both Audi and Volkswagen from repeatedly deceiving regulators,” the New York lawsuit stated.

That prompted an email to Winterkorn in May 2014 from Frank Tuch, then head of group quality management for Volkswagen, who wrote that “a thorough explanation for the dramatic increase in NOx (nitrogen oxide) emissions cannot be given to the authorities.”

German prosecutors said last month that Winterkorn is under investigation.

The suit stated that current CEO Matthias Muller, who was then head of project of management at Audi, and Winterkorn became aware in July 2006 of the effect of undersized urea tanks on the ability to comply with emissions standards. The suit said VW opted to install defeat software instead of larger tanks to save money.

The suit did not charge Muller with being aware of the cheating.

The New York suit stated that at least eight employees in VW’s engineering department deleted or removed incriminating data in August 2015 after a senior attorney advised them of an impending order not to destroy documents. The suit stated that “some but not all of the data has been recovered.”

The New York suit cited internal documents from as early as 2007 about Volkswagen’s determination to promote “clean diesel” technology as a rival to Toyota Motor’s (TM) Prius hybrid.

The New York suit said the origin of VW’s defeat devices dated back to 1999, when engineers at Audi were working on large 3.0 liter V6 diesel luxury cars for the European market. Engineers developed a technology that could eliminate traditional clattering noise of engines at start-up but it caused vehicles to exceed European emissions standards.

“Audi solved this problem by implementing defeat device software,” the suit said, saying it was used on 2004-2008 diesels in Europe. Audi dubbed this defeat device the “Acoustic Function” and VW engineers in 2006 adapted it to use in U.S. vehicles.

To see where else Volkswagen has settled over its emissions scandal, watch:

The U.S. Justice Department and Environmental Protection Agency have not yet reached a deal with Volkswagen on fines as part of separate settlement that could lead to an outside monitor overseeing VW’s compliance with U.S. laws. VW also faces a Justice Department criminal investigation.

VW faces potentially billions of dollars more in costs in the United States if it is forced to buy back 85,000 3.0 liter Audi, Porsche, and VW cars and SUVs sold since 2009. Last week, California rejected its proposed fix plan.

The New York suit stated that those 3.0 liter vehicles may have used other defeat devices that it has not yet disclosed to regulators.

The three states’ lawsuits followed a nine-month long investigation by a multi-state coalition of more than 40 states in which investigators obtained more than a million pages of records.