Ford and Nissan Explain the Challenges of Making Self-Driving Cars 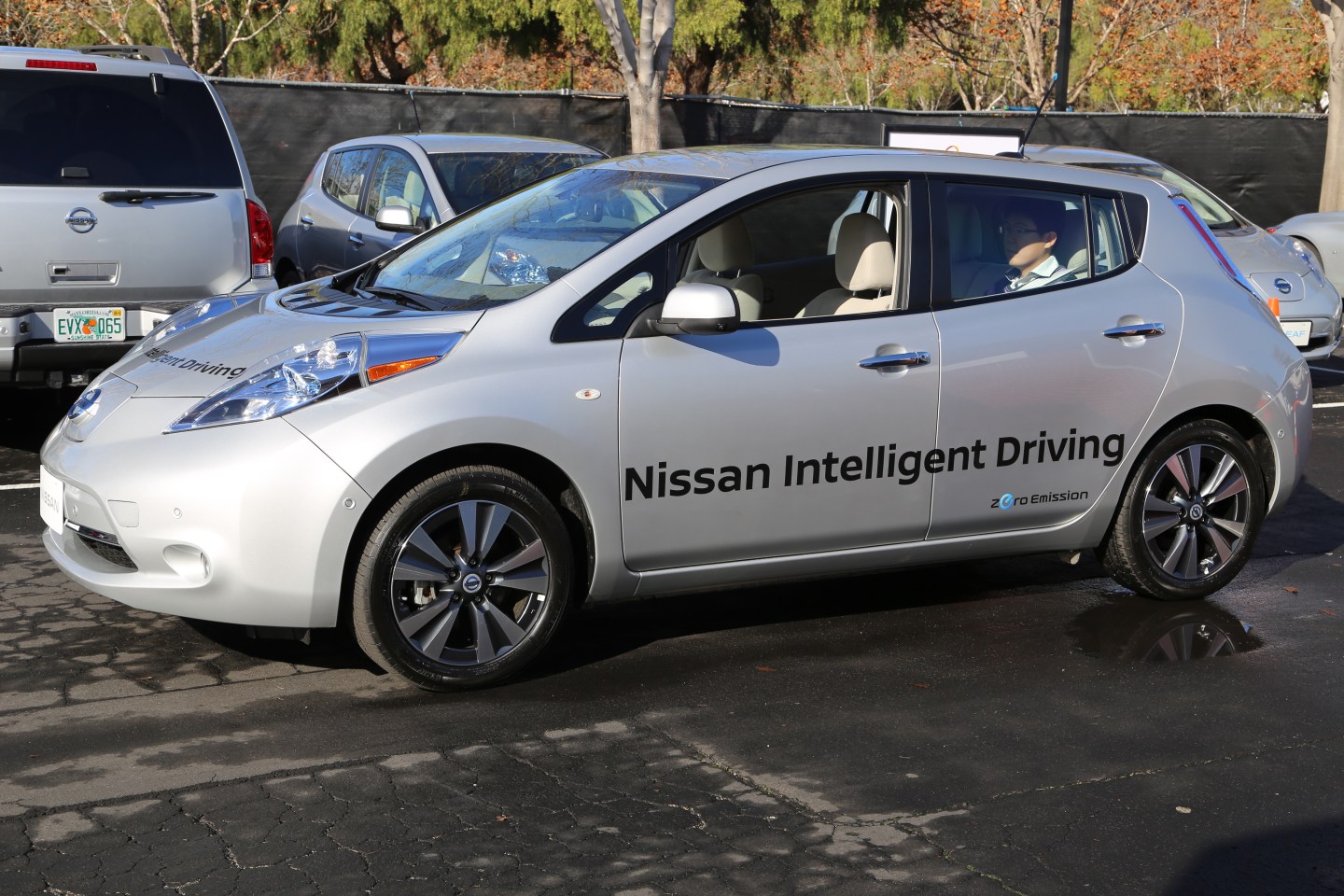 In the future, self-driving cars approaching busy distracted pedestrians crossing the street will stop, flash lights, and show digital messages on their windshields that tell that it’s safe to walk in front of it.

At least, that’s what Nissan envisions for the future of autonomous vehicles as it tries to design a new generation of cars to safely interact with humans on the streets and in their vehicles.

Maarten Sierhuis, the director of Nissan’s Silicon Valley research center explained on Tuesday that some driving situations are challenging for researchers developing self-driving cars including intersections with heavy traffic. Sierhuis made his remarks at the annual Automated Vehicle Symposium in San Francisco.

For example, when a self-driving car decides to make a right-hand turn on a red light, the car needs to be aware of all of the traffic coming from the opposite direction so that it can turn safely.

“We need to create vehicles that can drive in San Francisco and Tehran,” Sierhuis said.

In the U.S., pedestrians have the right of way, and cars generally yield to people when they walk across roads. In Iran, on the other hand, the “first one to occupy space, inhabits it,” he said, which leads to both cars and people yielding to each other depending on who was deemed first.

In Amsterdam, bicyclists generally have the right of way, and so self-driving cars must be designed to drive safely while hordes of cyclists pass by in every direction, Sierhuis said.

One way Nissan is trying to address the traffic complexity is by outfitting its self-driving prototypes with lighting built into the car that would flash certain colors to indicate to pedestrians and other drivers what it intends to do. It’s similar to how people recognize and react to traffic signal lights.

Sierhuis said that Nissan, which hopes to make a fully autonomous car publicly available by 2020, is also experimenting with displaying messages on cars to directly tell pedestrians and drivers what the car will do next. In a video demonstration involving two pedestrians near a crosswalk, the car stopped and its front windshield digitally displayed the words “after you,” which indicated that they could walk in front of the vehicle without being run over.

However, Sierhuis said it’s been difficult for Nissan to test it lighting and display systems in the U.S. because current laws make it difficult for automakers to customize lighting on a car’s outside body.

“We are simply not allowed not do it on the real roads,” he said.

Colm Boran, Ford’s (F) manager of its autonomous car program, explained how Ford is trying to build self-driving cars that are as reliable as its traditional cars. In a conventional car, the brake and steering wheels are connected to the car’s actuators, so if the car happens to lose electrical power, the driver can still brake and steer the car without losing control.

With self-driving car technology, however, in which the brakes and steering wheels are tethered to a centralized computer, an electrical outage could spell disaster. In this case Ford is bundling multiple components into its test cars so that if something goes haywire, another component could pick up the slack.

By embedding these vehicles with this so-called redundancy, a driver “would still have the capability to operate the brakes and steering” during an electrical failure, Boran said.