Donald Trump and the GOP Have Different Plans for Your Money 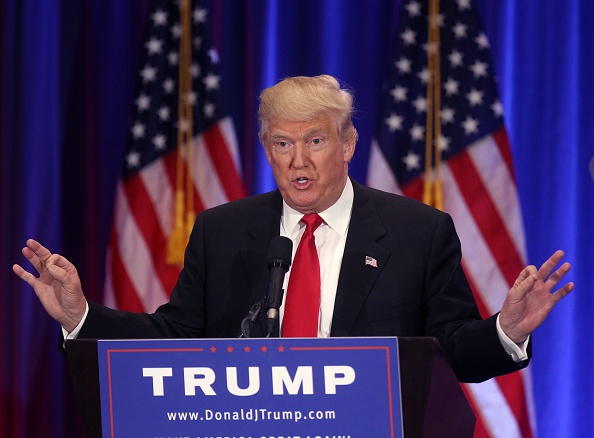 With the Republican Convention underway, the GOP goes into the last stages of the presidential campaign with a detailed agenda, laid out in a 66-page party platform. Normally, the platform pretty much parallels the agenda the presidential candidate has laid out.

Not so this time. The 2016 Republican platform is an unwieldy beast, an uncomfortable molding together of some traditional Republican positions with the often contradictory positions of presumptive nominee Donald Trump. And as today’s raucous floor battle over convention rules showed, major differences continue to separate Trump from many members of the party.

Yet the vagueness of many Trump proposals has given party traditionalists some room to stick to their guns. On Social Security, in particular, the platform takes some liberties with Trump’s views. On others—especially trade and immigration, Trump’s signature issues—the party’s old guard has put on the “Make America Great” baseball cap and waved the white flag.

Social Security: From the beginning of his campaign, Donald Trump has opposed changes to Social Security. He’s said he won’t change it, and won’t cut benefits. He’s repeated that in rally after rally. It was one of the clearest differences between Trump and the rest of the GOP field.

On one hand, the platform assures “current retirees and those close to retirement” that their benefits won’t be touched. It doesn’t define what “close to retirement means,” but that’s still a move away from the traditional Republican stance.

On the other hand, the platform says that, “Of the many reforms being proposed, all options should be considered to preserve Social Security.” That means everything, including private accounts and benefit cuts, is on the table for the party. Whether Trump would support those kinds of changes in office, no one knows. For now, though, it’s pretty clear he thinks changing Social Security is an election loser.

Four years ago, the Republican platform called for an across-the-board 20% cut in tax rates. That sounds fairly straightforward and (not coincidentally) that was Mitt Romney’s plan.

The problem for the GOP this year is that it doesn’t really have a tax plan to promote. Trump does have a tax cut plan—one that would cut taxes at the low end to zero and cap rates for the rich at 25%. But that plan would cost a budget-busting $12 trillion a year—something the party’s fiscal conservatives can’t stomach. Trump has promised to rewrite his proposal, but so far that plan hasn’t materialized.

Meanwhile, a tax plan put forward by party standard-bearer (and Speaker of the House) Paul Ryan is much more modest, sticking to the basic Romney template, and keeping a top rate of 33%.

So how does the platform handle the divergence? Really it doesn’t. “Our proposal is straightforward,” the platform says. “Wherever tax rates penalize thrift or discourage investment, they must be lowered.”

That’s really just a placeholder; the truth is that what a Trump presidency would mean for your taxes is yet to be determined. So don’t count on personal tax cuts yet.

On the other hand, Trump and traditional Republicans do agree that corporate tax rates ought to be reduced—and that gets spelled out in the platform.

This is the area in which Trump’s policies diverge most dramatically from traditional Republican positions. Trump has gone so far as to call the Trans-Pacific Partnership a boon to special interests and foreign powers planning to rape (yes, his word) the United States. He’s called for it to be scrapped.

The platform takes a much more careful line. It tries to find a middle ground between Trump’s trade bashing and the traditional Republican approach. So there are some generalities about the value of trade, but also clear digs at the Trans-Pacific Partnership. (You’d never guess from the platform’s warnings about making trade agreements only with other democracies that the TPP includes Japan, Canada, Australia, and New Zealand.) It’s not clear just how much incentive other countries would have to make agreements that “put America first.” If they don’t, it’s almost certainly bad news for the overwhelming majority of U.S. consumers, who are likely to feel poorer as a result of higher prices.

This is the area in which Donald Trump’s policies may have most clearly replaced the party’s traditional ideas. Surprisingly, it’s not actually the policy on illegal immigration that’s the biggest change. Yes, the platform does support building a wall. But it directly mentions Mexico only twice—and one of those it’s to thank Mexico for help in the drug war.

It’s on the treatment of skilled, educated workers that Trump has really changed the party’s platform. The 2012 GOP platform was an open invitation to the skilled workers of the world, asking specifically for more work visas to be granted to holders of advanced degrees in science, technology, engineering, and math. Critics have often said that, in practice, visas for “advanced” degree holders open the door to almost any foreign engineers. Those became a major sticking point for Trump’s supporters.

On this the GOP has performed a more or less complete about-face and is now toe-ing Trump’s line. Gone is the open invitation, and instead there a clear Americans first stance: “America’s immigration policy must serve the national interest of the United States, and the interests of American workers must be protected over the claims of foreign nationals seeking the same jobs.”

How quickly changes in immigration law could be executed is not clear. But this is an issue on which there may be a bipartisan consensus, and Trump could get much stricter visa limits through Congress. If you are a technology worker worried about your job, a Trump presidency really would give you more reason to feel secure—though what that will do for economic growth in the long-term is a very different question.