After Pence Nomination, the Race Is Looking Much Better for Trump 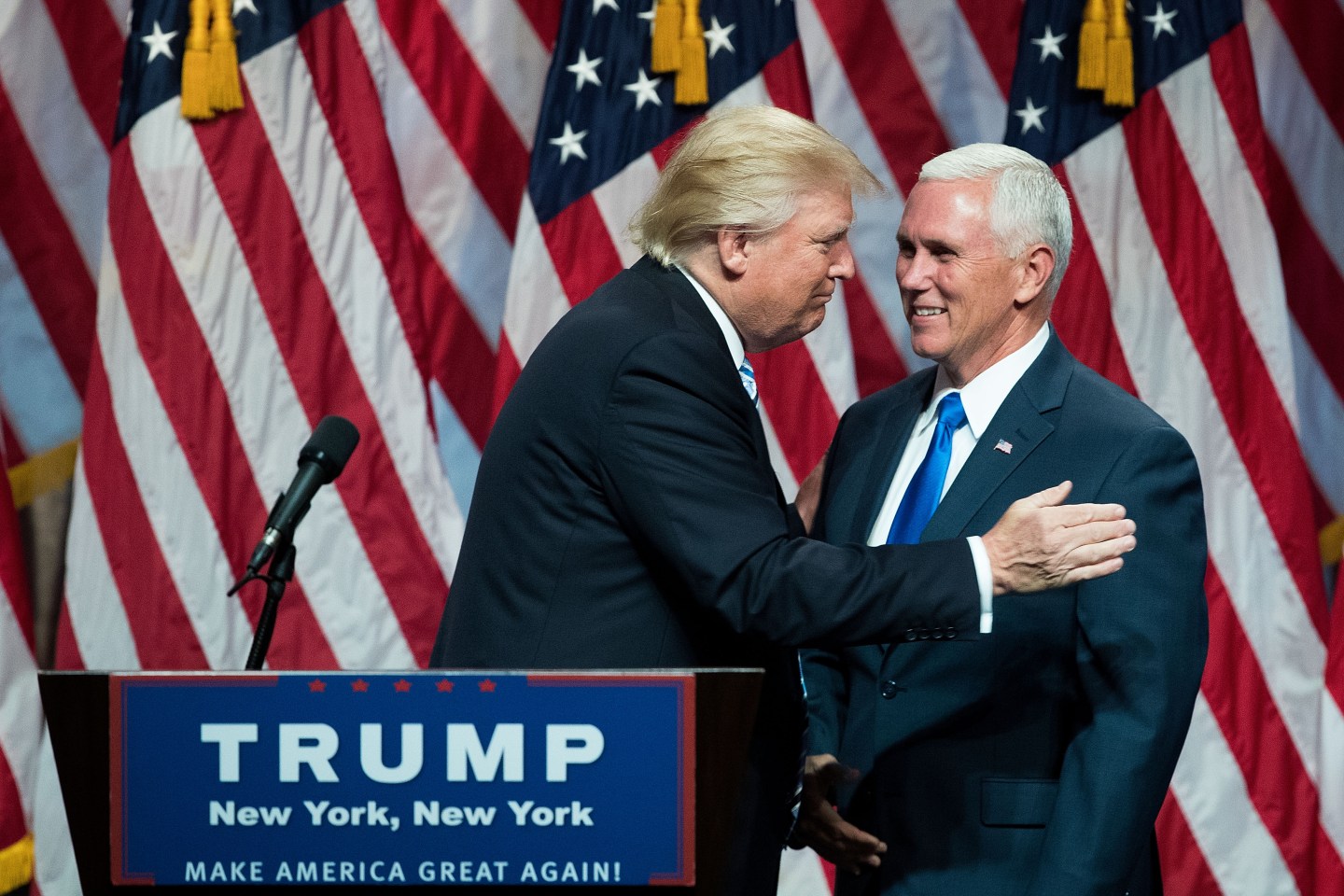 Euel Elliott is a professor of public policy and political economy and associate dean in the School of Economic, Political and Policy Sciences at the University of Texas at Dallas.

Donald Trump’s selection of Indiana Gov. Mike Pence brings to a close the long-running melodrama over who Trump would name to the second spot on the GOP ticket. Speculation had swirled around Newt Gingrich and Chris Christie, both individuals who had been viewed as stalwart backers of Trump, and more recently, Gen. Michael Flynn, a registered Democrat with strong national security credentials as former head of the Defense Intelligence Agency. In the end, though, Trump made a safe choice, and now heads into the Cleveland Convention with some wind at his back.

Pence brings some obvious strengths to the ticket. As a solid conservative on both economic and social issues, Pence strengthens Trump with the conservative base of the party, especially with evangelicals. Pence is also reputed to have ties to the Koch brothers and their network, a potential source of campaign donations. He lends some seriousness and gravitas, and some might even say, dignity, to the ticket. He provides a contrast with the volatile and bombastic Trump in ways that Christie or Gingrich would have difficulty doing. Gingrich’s recent statement about deporting Muslims who advocate Sharia is a case in point.

On the other hand, Pence is something of an unknown with the great majority of Americans. In fact, he is hardly a household name. And, it is unknown what kind of debating skills he could bring to the inevitable vice-presidential debate that will take place in October. In fact, one argument for selecting Gingrich would’ve been that he would almost assure a win in that debate, and provide what might be some needed momentum as the campaign heads into the final weeks. Pence doesn’t help with any of the demographics where Trump is weak, either, particularly women and minorities. In fact, given the final short list of candidates, it appears that no women, such as Mary Fallin, governor of Oklahoma, or Joni Ernst, senator from Iowa, were ever really given serious consideration.

In addition to handling the vice-presidential selection with what appears to be some competence (even though he may, according to some reports, have had second thoughts about his VP pick as late as Thursday night), Trump allies on the GOP Rules Committee have crushed any faint hopes that might have been lingering among the NeverTrumpers to have the delegates unbound themselves from the candidates to whom they pledged. Thus, the last remaining obstacle to a Trump nomination has now been removed.

Moreover, the polls, although there is wide variation, appear to be looking better. A CBS-The New York Times poll has Trump and Clinton tied at 40%, and a recent Rasmussen survey has Trump up by 7 points. Other surveys show the race well within the margin of error. Indeed, although some of the most recent national surveys released over the weekend show Clinton moving back to a 4 to 7-point lead (ABC-The Washington Post, NBC-The Wall Street Journal, and CNN-ORC), the most recent CBS News-YouGov survey of 11 battleground states shows the race nearly dead even.

What seems to be evident based upon several surveys, though, is that Clinton was damaged by the recent FBI exoneration in which FBI Director James Comey nonetheless lambasted Clinton and her staff for their carelessness in the handling of sensitive material. Even though he didn’t recommend indictment, the optics have helped drive up Clinton’s negatives and increased the number of voters who believe she is dishonest.

Of course, it is still early. Clinton will have her week in the sun when the Democratic Convention begins next week, and is sure to get a bounce in the polls. But, at the moment, any prospects Democrats had that the 2016 election will be a cakewalk do not appear to be materializing. Barring some political disaster of Trump’s own making, and assuming he can give a good acceptance speech given the fact that his expectations are so low, he is likely to emerge late next week in a very competitive position. Moreover, events have worked in Trump’s favor. To the extent this election becomes a national security or law-and-order election (consider the Dallas and Baton Rouge, La. tragedies), it helps Trump. Any more terrorist attacks only help reinforce the idea that Democrats are weak on crime and national security. Clinton’s challenge is to convince voters that she is the safe choice, and the risks of a Trump presidency are too great.