What Wall Street Is Missing About Pokémon Go 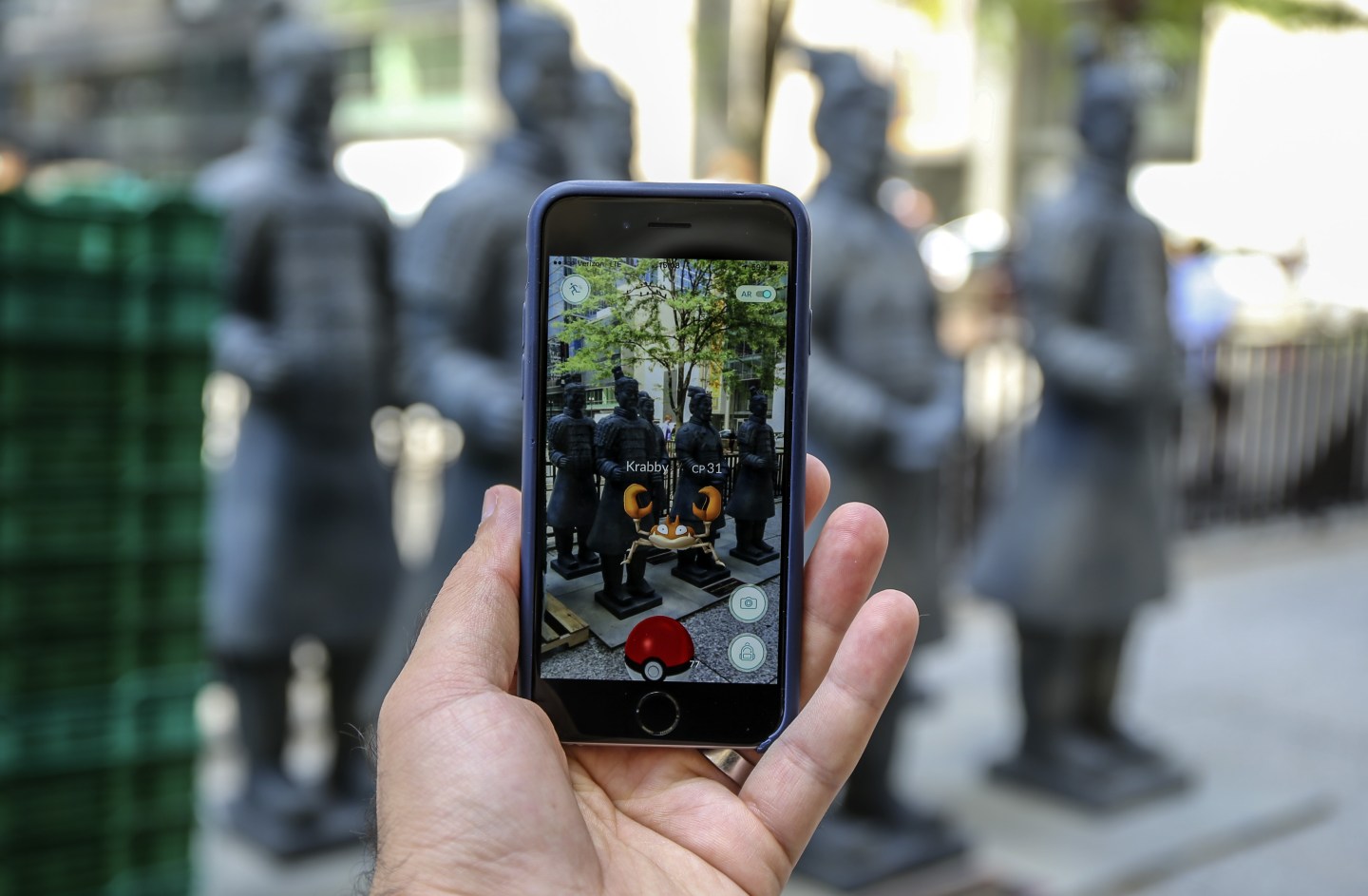 CHICAGO, IL - JULY 14: People take photo of the Terra Cotta warriors replicas in Chicago, United States on July 14, 016 as Pokemon go game is seen on a screen of a phone. Chicago Field Museum has created its own treasure hunt game while many are obsessed with Pokemon game. The museum began giving out clues on social media about the spots in Chicago to see life-size replicas of the terra cotta statues. The treasure hunt is a promotion for the Field Museum's special exhibit "China's First Emperor and His Terracotta Warriors," where some of the original terra cotta figures and two painted replicas are on display. (Photo by Bilgin S. Sasmaz/Anadolu Agency/Getty Images)
Photograph by Bilgin S. Sasmaz — Anadolu Agency via Getty Images

Joost van Dreunen is the founder and CEO of SuperData. He is also an adjunct professor in NYU Stern’s Entertainment, Media & Technology program, and does extensive research on video games.

Economists know the price of everything, and the value of nothing. So when a single game captures the imagination of millions, the emphasis immediately goes to the financial implications for its parent company. Yet, the discussion of whether or not the latest mobile game craze, Pokémon Go, is financially successful and how that may change the fortunes for Nintendo is irrelevant.

The 127-year-old Japanese game company certainly has its recent business challenges: Disappointing sales of its most recent Wii U console, the death of one of its figureheads, and the rising popularity of mobile gaming among its core demographic of casual gamers all present strategic questions to be answered. But Nintendo’s ownership of the Pokémon Company is a joint venture, giving it control over just about a third of the company. Take into account the app store fees (about 30% of the game’s initial profits), and the return is insignificant for a multi-billion dollar industry titan. Even so, markets responded with exuberance to the initial news, and Nintendo’s stock price soared.

So here’s another lens: Games never stand in isolation. Playing them has long been relegated to the realm of insignificance. As an antonym to “work,” the seeming frivolity of playing and its apparent roots in children’s behavior have rendered games to be considered nothing more than a pastime with no baring on the world of the grownups. Games are not a serious conduct and present a distraction from the things that really matter, or so we’re told. But the thing to know about the separation between play and the real world is that the two are intimately connected and influence each other.

In sports, we understand this all too well: What happens on the field is informed by what happens outside of it. England’s defeat by Iceland during the recent UEFA Euro followed weeks of political tension and the final decision around the country’s exit from the EU, earning it the mocking title “Brexit 2.0.” The symbolism and experiences from the real world bleed into the play world, and vice versa. The success of a single sports team can unify an entire nation.

So it’s worth asking what real-world circumstance may contribute to the current mania around Pokémon Go. Certainly it has to do a great deal with nostalgia. Having grown up with the game on the Game Boy, an entire generation now has since upgraded to smartphones. To put that in numbers: In the $104 billion market for interactive entertainment, mobile games represent $36.5 billion, or roughly a third, and an estimated worldwide audience of around a billion players. In a saturated market, a brand, especially one as strong as Pokémon, is incredibly valuable in establishing perceived value to consumer audiences.

Moreover, people like to see themselves reflected in their media experiences. And with the release of Pokémon Go, it’s now finally possible to have all of your favorite pocket monsters on your phone and carrying them with you all day. Sitting through a boring meeting with other grownups now offers a subversive moment of catching that Doduo sitting on your boss’s shoulder. One of the key aspects that makes this franchise so strong is that its mechanics—remember its tagline: “I choose you, Pikachu!”—offers young children the ability to build a collection entirely to their own personal preferences. For an entire generation, Pokémon represents the first instance they experiment with agency, and allows them to connect with friends and strangers alike. For many, it is the first time they experience a sense of control over their lives.

But here’s what the financial analysts and economists miss: To some, this may seem like a romanticized childhood experience that shouldn’t carry any weight in the adult world. But to millions of young audiences, it is a welcome reprieve from where we find ourselves in the world today. No other generation has had to confront so much economic uncertainty and geopolitical tension while carrying the financial debt of its elders.

This is a world where privacy seems meaningless to policy makers and disenfranchised people drive trucks stocked with weapons into celebrating crowds. Financial markets are increasingly opaque and riddled with corruption, eroding both the relative safety of a long-term corporate career and the financial future to build a family. We have violence in high definition, but no clear vision of the future.

So playing a game on a summer afternoon in the park and making a few new friends may very well be the most reasonable adult thing to do.