The Coup Attempt in Turkey Will Be Livestreamed 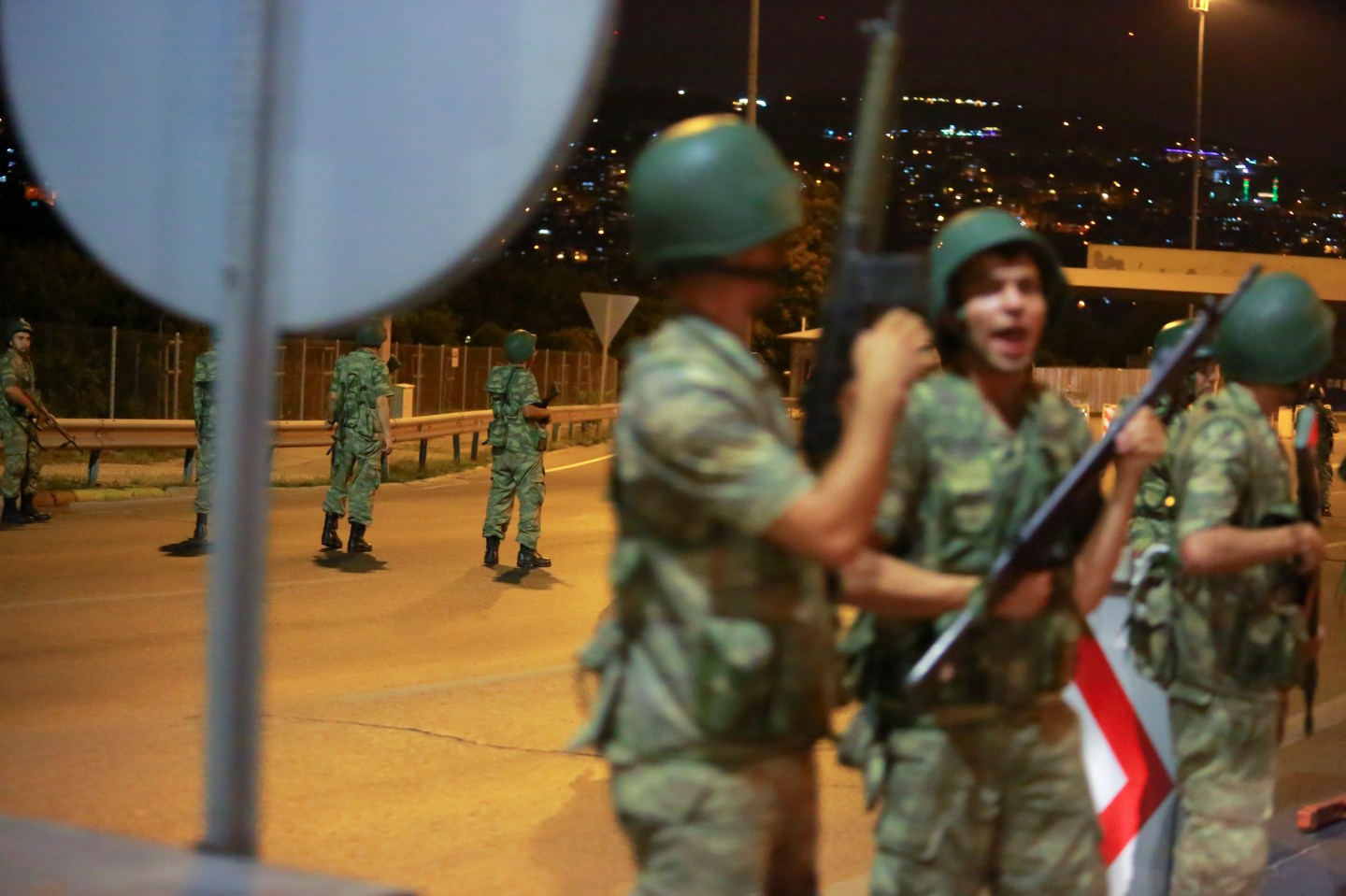 Television and cable news networks have traditionally broadcast live video of previous coups, such as the military uprising against Libyan Prime Minister Ali Zeidan in 2013, along with various wars like those in Iraq.

But the advent of two popular live video streaming services like Facebook (FB) Live and Twitter’s (TWTR) Periscope service have made it possible for people to film and share in real time the chaotic scenes of military roughing up citizens and people climbing on tanks.

Both Facebook Live and Periscope premiered in 2015. Since then, they’ve been used by celebrities to promote their latest films as well as more serious matters like chronicling controversial police shootings and the protests that erupt in their aftermath.

Although there were reports that social networking and messaging services were blocked in Turkey, they appear to have come back online. Livestreaming apps, in contrast, seemed to be unaffected during the turmoil.

It is likely the first time that Facebook Live and Periscope have been widely used during a major coup attempt. In this case, hundreds of people livestreamed from the streets of Istanbul, Ankara, and Izmir to anyone who wanted to watch from across the globe.

The rise of livestreaming follows the popularization of social networking services during coups and civil unrest. For example, protesters in Cairo’s Tahrir Square routinely relayed information using Facebook and Twitter during Egypt’s revolution in 2011.

Here are a few of the videos people shared via Twitter’s Periscope streaming service:

Another livestream of the coup d'etat in #Turkey (be advised of agitation and possible graphic images) https://t.co/s8vc4K0flB

You can watch a live stream of the events via Facebook here.