Sorry, But the Original Ghostbusters Isn’t Even That Good 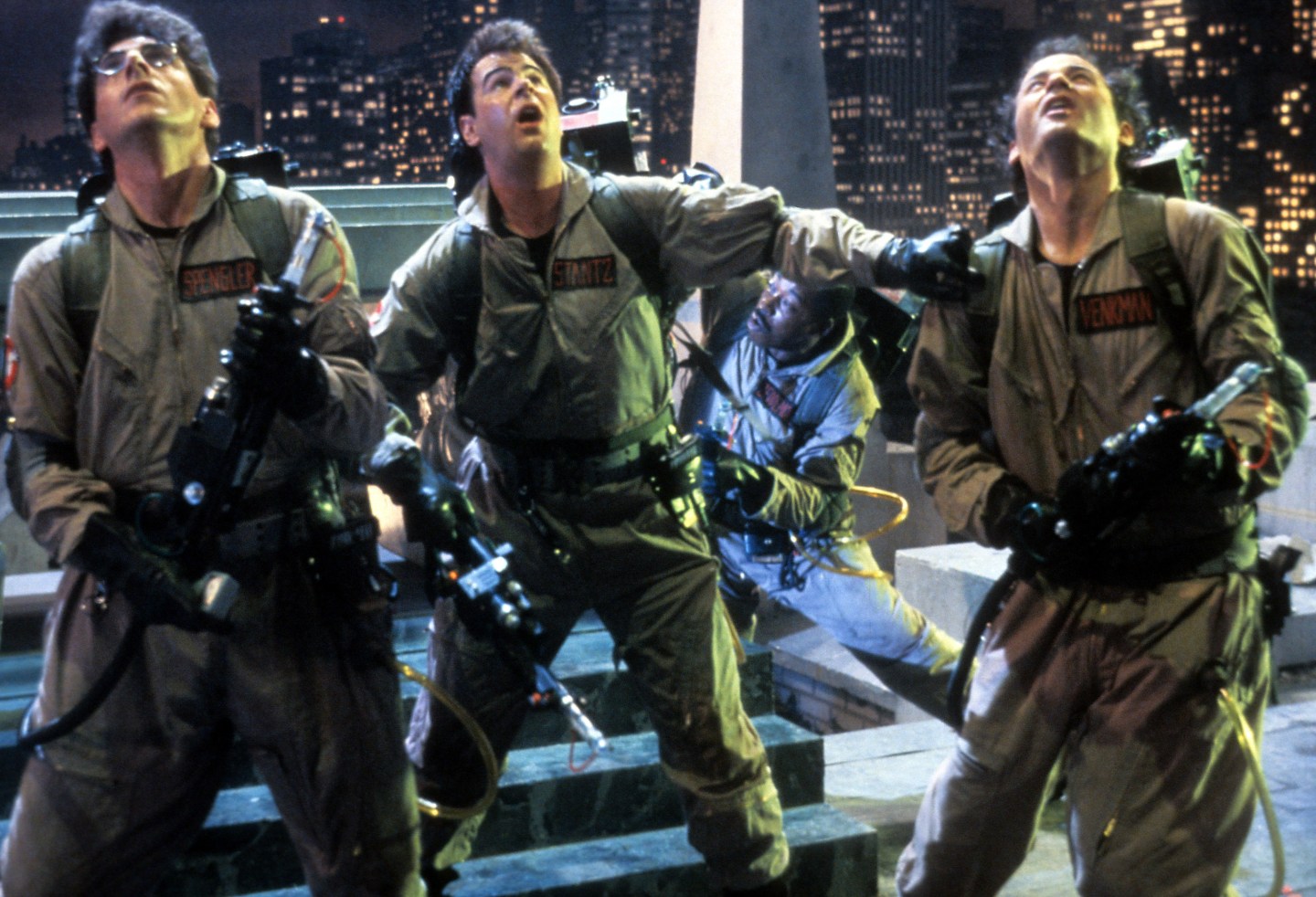 The Internet is a world of wonders for many reasons, not least for its astonishing ability to rewrite reality. For example, everyone loves the original Ghostbusters, made by Ivan Reitman in 1984. In fact, this hallowed classic is so adored by every breathing human on the planet that Paul Feig’s new version—with Melissa McCarthy, Kristen Wiig, Kate McKinnon and Leslie Jones wearing the slime-resistant boots originally filled by Bill Murray, Dan Aykroyd, Harold Ramis and Ernie Hudson—is short of sacrilege. It doesn’t even matter whether the reboot works or doesn’t, for any of the millions who will most likely see it—there’s just no other argument to be made.

But what if you didn’t like the original Ghostbusters? Or thought it was perfectly fine when you first saw it but haven’t been stroking its memory like a stuffed bunnykins ever since? If you’ve paid any attention at all to the Ghostbusters-remake flap that’s been unfolding on the web for nearly two years now—two years!—you’ve probably been watching with half as much brain energy as you spend gauging the ratio of milk to cereal you pour into the bowl each morning. But the loudest people on the web are never the most sensible, and it’s always the loudest that skew reality. If you dislike the original Ghostbusters—or even if you just think it’s merely OK—for the sake of mankind, it’s time to break your silence.

I’ve been wondering just how large this silent group really is, because I never liked Reitman’s Ghostbusters, though I did enjoy the reboot. In the original, Bill Murray’s semi-improvisational line slinging is loose and free and wonderful, and the deadpan skepticism of his face—generally wearing an expression that says, “I can’t believe I’m starring in a movie about blasting ghosts to smithereens, but OK”—is enough to keep you watching even after boredom sets in. But the movie’s pacing isn’t nearly as brisk as it could be, and the lines of dialogue Ghostbusters heads love and quote most—“He slimed me”—sound like a parody of dumb comedy writing, the sort usually accompanied by an aggressively fake laugh track. By the end, the picture’s spirit is gloomy and ill-humored, as if it had tried hard to be a dark comedy and simply failed, leaving a vaguely sour taste in its wake.

I’m more of a Ghostbusters II person myself. The 1989 sequel dispenses with all the dumb logic of the first and, in its unapologetic wooliness, makes greater comic sense than its predecessor: Using Max von Sydow’s voice for a crabby ghost version of Vlad the Impaler was a mini stroke of genius. And who doesn’t want to watch a cooing Murray swaddle a baby in a Joe Namath jersey, folding the tiny, squirming form into a neat envelope with sleeves tied in front?

But if Ghostbusters I truly is your childhood—if, in fact, you can’t remember anything else about your childhood beyond Ghostbusters I—then by all means, own it. And know that no matter what, Reddit will always be there for you. Nearly everyone has affection for a film he or she saw in childhood—movies are designed to work on us that way. But theGhostbusters originalists—who are still raging, now that the first reviews of Feig’s movie have suggested that it’s not the disaster they’d hoped it would be—are a peculiar and fascinating phenomenon, offering a warped snapshot of the power movies can have over us, even in a time when movies are often seen as the once-mighty giant that has (almost) been slain by TV. These guys—and face it, we know that most of them are guys—don’t just love a movie that conjures happy memories of childhood. They feel an overwhelming need to impose their fixation on the rest of us. They’re not saying culture doesn’t matter, but they are saying, Only my culture matters. They’re mounting a dictatorship of nostalgia.

What obviously hasn’t occurred to them is that a 2016 Ghostbusters may very well be, sometime around 2046, the currency of someone else’s cherished childhood memories. Their own not-yet-born kids, their own nieces and nephews, the kids of their best friends, will quite possibly grow up to be traitors to the Ghostbusters originalists’ cherished ideals: For reasons of their own, incomprehensible to the older dudes around them, they will like the remake better. There are plenty of people who adore Brian De Palma’s Scarface without even knowing, or caring, that it’s a reimagining of a 1932 Howard Hawks’ movie.

The Ghostbusters mishigas of the past 21 months has opened up one mammoth question with a still-unfolding set of answers: How can movies mean so much to us? Somehow this art form, no matter how long we’ve been predicting its demise, is unkillable. But when a group of people love one movie so much that it turns them into a raging mob of assholes, their tyranny does more to obscure than illuminate the qualities of the movie in question. Thank heavens the Ghostbusters remake came together, against their will and their wishes. If the movies have taught us anything, it’s that trying to script the nostalgia of the future is a losing battle.

This story originally ran on Time.