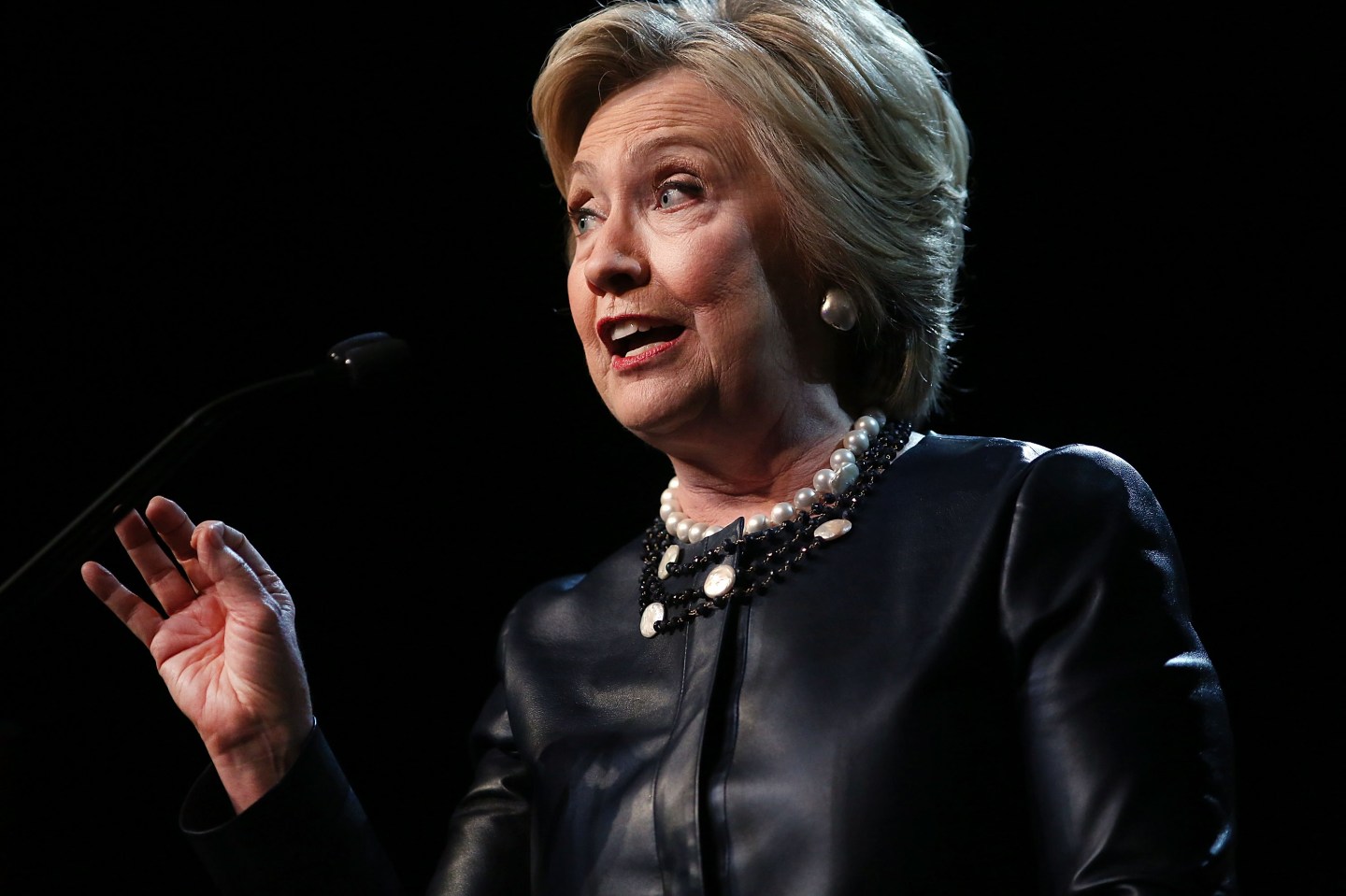 It would take almost 14 days of eyes glued to the television to watch all the feel-good Hillary Clinton ads that have aired since the general election campaign began last month.

Meanwhile, anyone flipping through the channels looking for positive ads about Donald Trump would be disappointed: He hasn’t yet put up a spot appealing to November voters, and groups supporting him have been similarly silent.

The lopsided commercial airwaves show the presidential candidates have drastically different views of the importance of traditional political campaigning. Trump says he sees little need for advertising at this stage. Instead, he has been banking on free media coverage propelled by his celebrity appeal.

As a consequence, Trump has largely ceded control over what the voting public is hearing about him. Clinton’s large batch of biographical ads has given her an opportunity to directly influence views about her image.

Up next is what amounts to an hour-long infomercial Thursday night in Cleveland, as Trump accepts his party’s nomination during a speech that will be televised widely in prime time. Clinton has the same perk the following week from the Democratic convention in Philadelphia.

After that, Trump’s campaign has said he may begin advertising. That would be a dramatic change.

While Trump has aired zero ads, Clinton has been piping thousands of commercials into the homes of swing-state voters in places like Florida, Ohio, North Carolina and Virginia. Specific Florida markets such as Orlando, Tampa and Fort Myers have been favored targets, as well as Denver, for Clinton’s ads.

Since June 8, the day after she claimed the Democratic nomination, Clinton has put at least 30,700 commercials on broadcast TV, an Associated Press review of Kantar Media’s campaign advertising data shows.

The majority highlight her work as first lady to expand health care for children.

“For Hillary, it’s always been about kids,” a narrator says in an ad called “Quiet Moments,” which has run more than any other, some 11,400 times as of this week.

A 60-second spot called “Always” seems to spell out the reason for her ads. “She would grow up to be one of the most recognizable women in the world,” a narrator says. “But less well-known are the causes that have been at the center of her life.”

The commercial rolls through milestones in her life, beginning with black-and-white footage of her toddling down steps.

The few ads paid for by Trump supporters bash Clinton rather than make the case for him. For example, a National Rifle Association ad urges people to vote for Trump by flashing his name for four seconds at the end of a 30-second spot. But the narrator says nothing about him — and doesn’t even utter his name.

Clinton’s campaign released a new ad this week that shows children watching television as Trump makes some of his most inflammatory comments, including him saying, “And you can tell them to go (bleep) themselves.” The commercial asks, “Our children are watching. What example will we set for them?”

That follows two Clinton campaign ads that mock him for watching TV shows for military advice and consulting with himself for policy strategy. The pro-Clinton super PAC Priorities USA is also airing thousands of spots calling Trump “too dangerous for America.”

Political advertising strategists are torn over whether the lack of positive Trump ads matters.

“You never want to be in the position of being outshouted by your opponent,” said Russ Schriefer, a senior adviser to Mitt Romney in the 2012 presidential race. He and others said the crush of unanswered summertime Democratic advertising hardened voters’ opinions of Romney as an uncaring businessman.

Both Trump and Clinton are historically disliked by voters, according to recent AP-GfK surveys, making upbeat, biographical ads particularly important, Schriefer said. “Someone needs to inject favorability into the bloodstream of the electorate,” he said. “Since she is doing that in a vacuum, her ads will work better.”

Yet Fred Davis, a Republican ad-maker not involved in the 2016 campaign, argues this race has unique features that dampen the impact of ads.

“They are perhaps the best-known presidential final contenders in our lifetime,” he said. “So the value of bio ads suddenly drops. This would imply Hillary wasting her moolah; Trump playing it smart.”

Trump’s team was similarly dismissive of ads early in the primaries. He eventually did put up ads — including some traditional “who I am” ones similar in tone to those from Clinton and previous presidential contenders.

Those offer clues of what Trump might say in his general election ads. In one of his softest commercials, his son Donald Trump Jr. speaks to the camera with a row of family photos behind him.

“Growing up, my brother, sister and I had to really know what we were talking about before bringing him any kind of a proposal,” he says. The elder Trump is shown kissing and hugging kids, as his son adds, “He may be a little less tough on his grandchildren right now, but it’s that toughness that I want renegotiating trade deals with China and Mexico.”

He concludes: “My father will make an incredible president.”