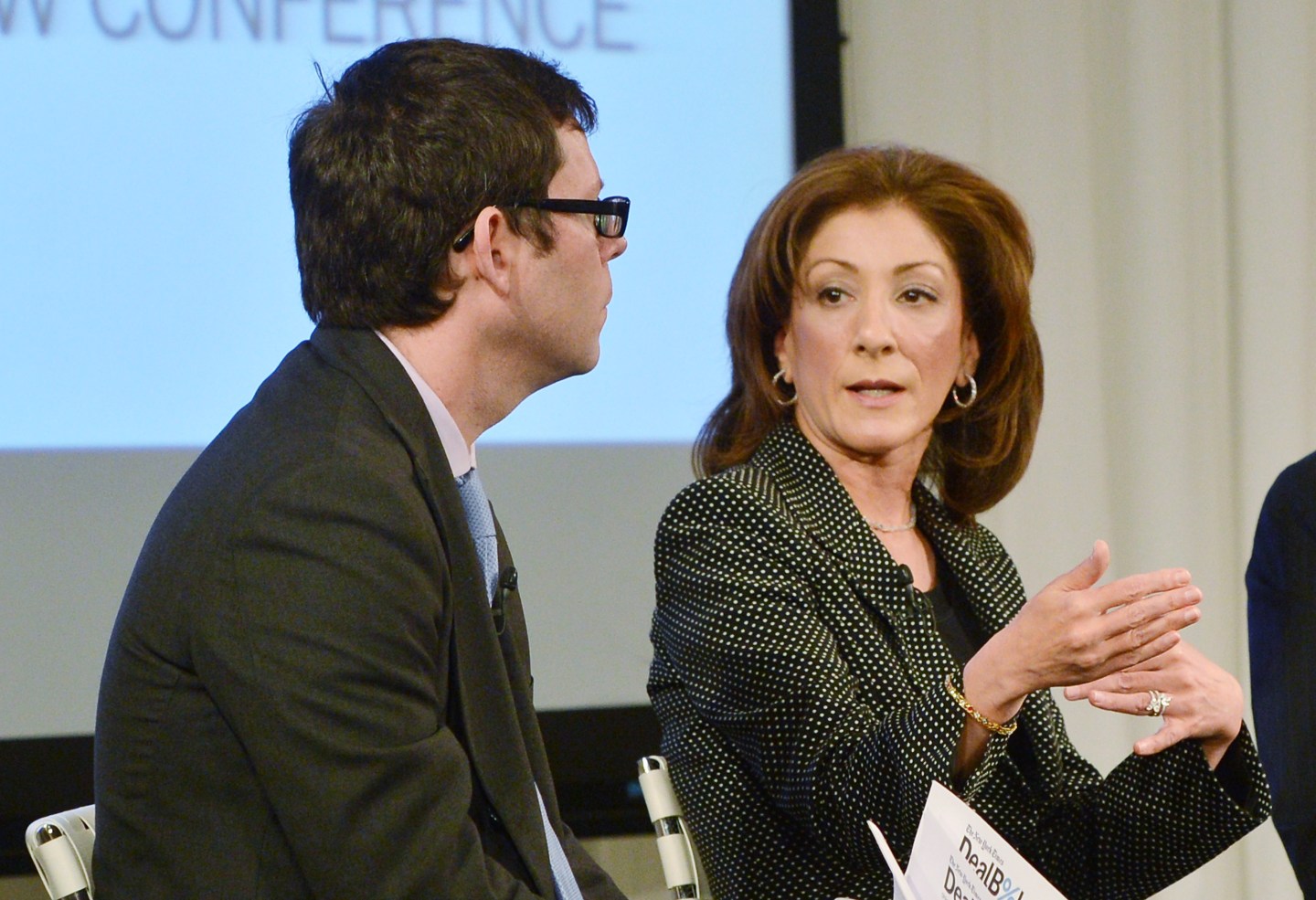 Photograph by Larry Busacca—Getty Images for The New York Times

One of the most widely-respected law firms in the U.S. will now be lead by a woman.

On Wednesday, the partners of Cravath, Swaine & Moore elected Faiza Saeed as the firm’s new presiding partner, effective January 2017. Saeed will be the first woman to hold the job in the firm’s nearly 200-year history, and one of very few female managing partners in the country’s largest law firms.

Saeed has served as co-head of the firm’s mergers & acquisitions practice since 2013. In that role, she advised DreamWorks Animation on its pending $4.1 billion acquisition by Comcast, Precision Castparts on its $37 billion acquisition by Berkshire Hathaway, and Time Warner in its response to the unsolicited proposal from 21st Century Fox, among other high-profile corporate clients.

The partner is known as a skilled relationship builder. According to the Wall Street Journal, she has close ties to Time Warner CEO Jeff Bewkes, Starbucks CEO Howard Schultz, and Dreamworks CEO Jeffrey Katzenberg.

In a 2003 profile of Saeed in The American Lawyer, Alan Mnuchin, then a managing director at Lehman Brothers, praised Saeed’s leadership style: “She doesn’t walk in and take the room,” he said. “She becomes the deal leader without being threatening or competing for status with bankers.”

Saeed’s promotion is particularly notable given the gender divide at the top levels of the legal world. While about half of law students and first year associates are female, women account for just 18% of equity partners in private practice and 18% of managing partners at the top 200 law firms, according to the American Bar Association.

Women who do make it up the legal career ladder are faced with a significant wage gap: The typical female equity partner in the 200 largest firms earns 80% of the compensation earned by her male counterparts, according to the ABA.