How to Talk to Your Parents About Black Lives Matter 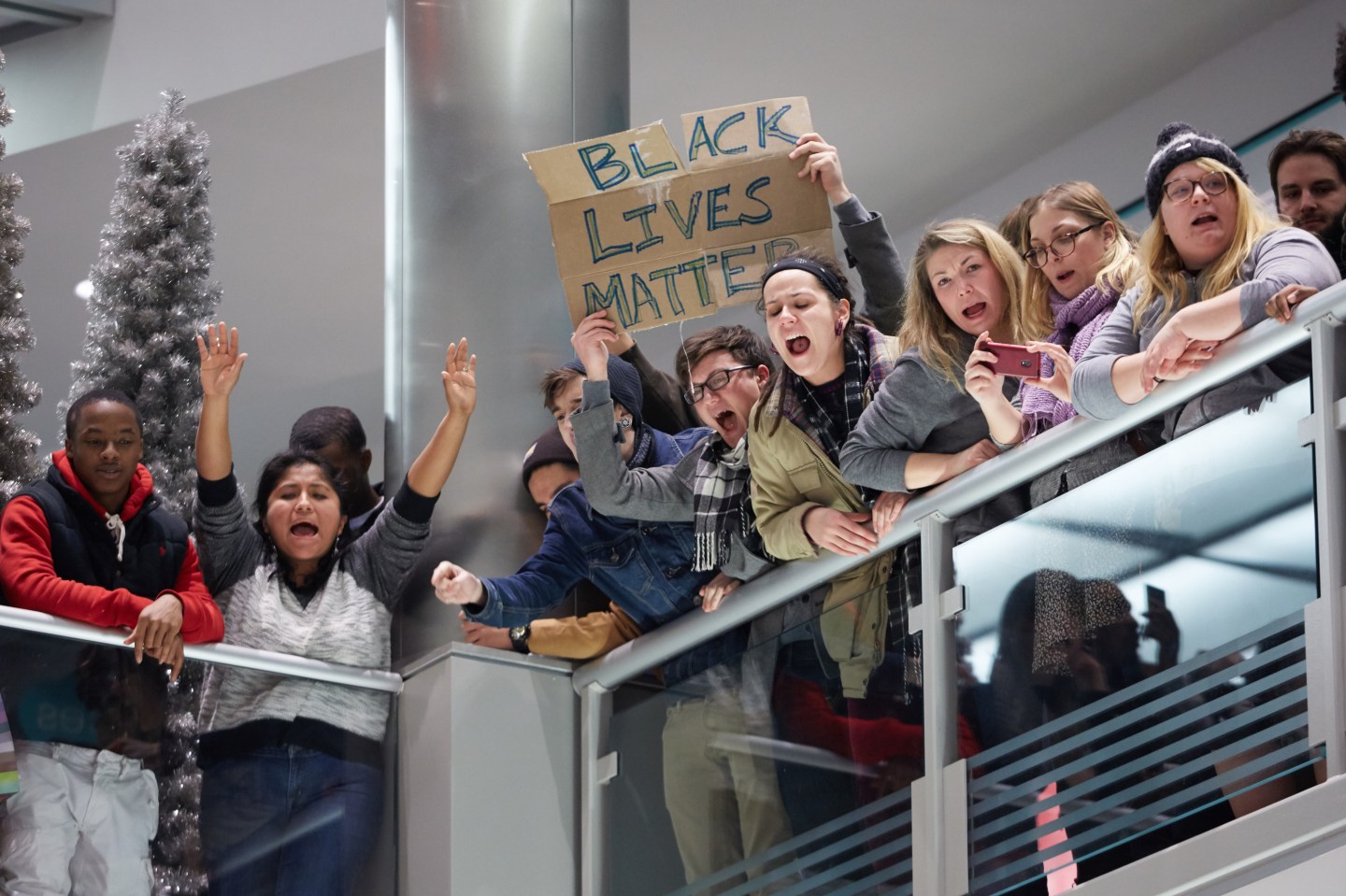 Last week, ethnographer and writer Christina Xu, and a growing cadre of friends from around the world, exemplified what it means to be an ally. They also gave us an extraordinary opportunity to look at the world through another culture’s eyes.

Asian-Americans who support BLM, we need to get ahead of our community organizing another pro-Liang rally. Talk to your families today.

Xu, along with other young Asian-American activists, created a crowd-sourced letter on Google docs, specifically designed to help explain their support for the Black Lives Matter movement in a way that would be culturally relevant to their families – many of which are anchored by immigrant elders with wrenching experiences of racism of their own.

We need to talk.

You may not have grown up around people who are Black, but I have. Black people are a fundamental part of my life: they are my friends, my classmates and teammates, my roommates, my family. Today, I’m scared for them.

Xu was particularly concerned that the impulse to support the officer who shot Philando Castile – and who had been initially identified by Castile’s girlfriend, Diamond Reynolds, as “Chinese,” -would spark public divisions within the Asian community.

It’s happened before. After Peter Liang, a young NYPD officer shot and killed an African American man, Akai Gurley, many Asian American supporters rallied to his side. The result was confusion and inter-generational conflict.

Xu put out a call for help translating the letter into all relevant native languages, so it would better received by the loved ones reading it.

Within the first 24 hours, hundreds of people accessed the open Google document to edit, check facts, translate and make suggestions. There was only one troll. “What internet sorcery is this?” Xu joked.

The letter did an extraordinary job in many areas. First, the authors used facts about black people and the police to help make their case. Second, they made sure to specifically acknowledge the experiences of their relatives, and asked them to consider how that experience is related to, but different from, the systemic racism that black Americans face. And finally, it emphasized love and gratitude for the lives they’ve been allowed to live because of the earlier sacrifices made on their behalf.

For Adia Harvey Wingfield, a sociology professor from Washington University, there is real reason to think this project is going to make a difference. “Research has shown that interracial alliances are crucial to creating more racial equality,” she says. “These efforts are both worthwhile and necessary to end biases.”

And, by making the letter-writing process public, Xu’s team extended the opportunity to be supportive to everyone. We all got a chance to learn, first hand, how a wide variety of Asian families grapple with racism, too. These kinds of exchanges help create a common understanding around race, while acknowledging that bias is experienced differently for every group, says Wingfield.

Listening to what people say they need is key. “It’s important to learn from those whose experiences with racial oppression are the subject of discussion, rather than assume a “savior” complex,” she says.

Now, barely a week later, there are dozens of versions.

Here is the letter in simplified Chinese.

Here is the letter in Farsi.

Brazilian Portuguese. Japanese. Tagalog. Spanish. Khmer. You get the drift.

The letter has taken on a life of its own, inspiring hundreds of people to adapt it to spark conversation in their own families. Expect versions in video and other media; follow updates on their Medium channel as more translations come online.

The project lives on! A list of ongoing needs is here. Although it will have changed by the time you access it, there were Slack channels set up to discuss a version for children of African immigrants, and a volunteer working on an American Sign Language version. A single tweet has turned into an inter-ethnic conversation of justice, action and love.

And for anyone who harbors concerns about millennials, take heart. This collaboration has been seamless, gracious, fast and fascinating to watch, admirable not only for its intent, but for the quality of its execution.