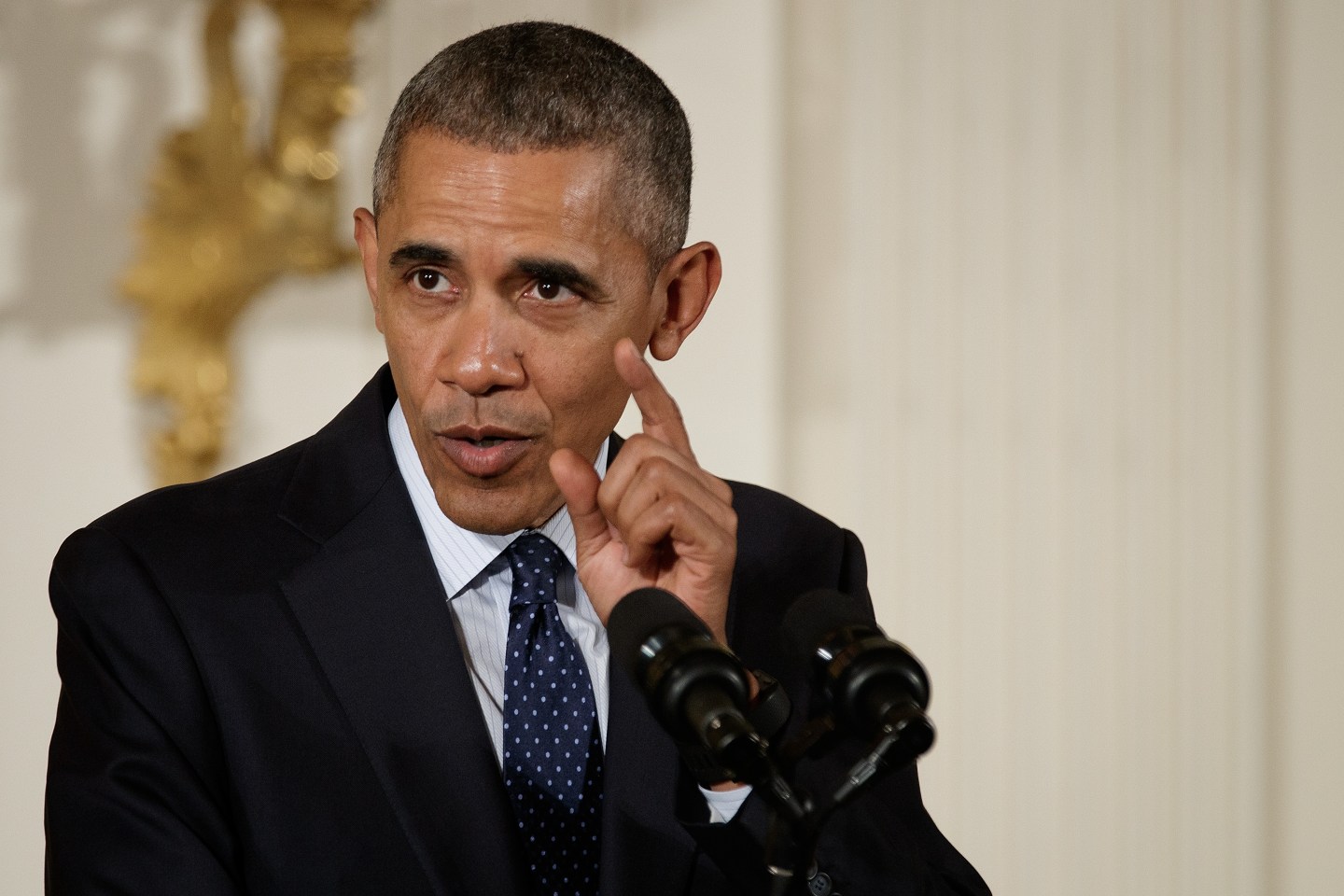 President Obama reached a unique milestone when he became the first sitting president to publish a scholarly article in a peer-reviewed academic journal. Writing in the Journal of the American Medical Association (JAMA), Obama outlined a series of reforms to the Affordable Care Act, or Obamacare, including a headline-grabbing proposal for a “public option” insurance plan to compete with private insurers in states with limited choices.

But while the public option has been a political flashpoint since the health law’s very inception—former Connecticut Senator Joe Lieberman threatened to filibuster the Senate’s version of the ACA unless it was dropped—it’s not necessarily the most intriguing or surprising aspect of Obama’s article.

While the president praised what he sees as the law’s biggest successes, including a significant decline in the number of uninsured Americans, he also called for significant new legislation to tackle unresolved issues like high drug prices and unaffordable insurance premiums in certain markets.

Some of the proposals are politically dead-on-arrival; others likely don’t go far enough to make a big difference. But they paint a telling picture of what Obama sees as the major holes in his signature domestic policy.

The biopharma industry and its drug pricing practices have become a bipartisan punching bag during the 2016 election cycle. And they weren’t spared in Obama’s article.

“We worked successfully with some health care organizations and groups, such as major hospital associations, to redirect excessive Medicare payments to federal subsidies for the uninsured,” wrote the president. “Yet others, like the pharmaceutical industry, oppose any change to drug pricing, no matter how justifiable and modest, because they believe it threatens their profits.”

That’s a far cry from health reform’s nascent years, when Obama openly (and successfully) courted drugmakers’ support for the ACA in exchange for limiting their losses under the law. The Pharmaceutical Research and Manufacturers of America (PhRMA) lauded the legislation in 2010 for expanding healthcare coverage to “tens of millions of Americans who are uninsured and often forced to forego needed medical treatments.”

Now, with the advent of pricey new therapies for diseases like hepatitis C and cancer and many drugmakers’ habit of hiking prices for old drugs, Obama is calling for new legislation to expand pharma companies’ rebates for government health programs and allowing Medicare to negotiate prices for certain expensive treatments.

The industry is staunchly opposed to such reforms and points out that many companies have already accepted that drug prices will increasingly be tied to patients’ health outcomes. And Obama’s Medicare negotiation proposal may not actually put much of a dent in drug spending.

“There’s probably not a whole lot Medicare can do unless it can control which [drugs people can access],” Larry Levitt, senior vice president at the Kaiser Family Foundation, a nonpartisan healthcare think tank, said in an interview with Fortune.

That means Medicare would have to be able to reject certain drugs altogether, as health systems in many other countries do, in order to realize any sort of substantial savings. And that comes with its own potential problems, such as denying patients access to a therapy that they may want to take.

Obama cites the need for more competition in certain states’ ACA marketplaces, noting that 12% of Obamacare enrollees live in a region where there are just one or two companies offering health plans. But in his JAMA article, the president also calls on Congress to make these plans more affordable.

Many of the people who say they still can’t afford individual coverage in Obamacare’s marketplaces “may be unaware of the financial assistance available under current law, whereas others would benefit from congressional action to increase financial assistance to purchase coverage, which would also help middle-class families who have coverage but still struggle with premiums,” the President wrote.

Tax credits that lower ACA enrollees’ monthly premiums are only available to people whose income is between the federal poverty level (FPL) and 400% FPL (the 2016 poverty level is set at $11,880 for an individual and $24,300 for a family of four). It’s unclear if Obama is calling on Congress to expand that window or to bolster the amount of assistance that people in that window receive.

What his proposal ignores

It’s interesting to note that his proposals don’t address high deductibles, or the amount of money customers need to pay themselves before insurance kicks in, or out-of-pocket costs in some ACA plans. Under the law, customers’ total out-of-pocket medical costs in 2016 can’t exceed $6,600 for individuals and $13,200 for families, and deductibles for lower-tier plans can hover around $5,750, according to government data.

While that’s an improvement over what was available on the individual insurance market before Obamacare, it can still be a hefty fee, especially for Americans in higher (but not necessarily high) income brackets. One way to address those out-of-pocket costs might be an expansion of the ACA’s cost-sharing subsidies.

These subsidies are currently only available to families earning between 100% and 250% FPL who purchase a mid-level “Silver” plan. And new data released on Tuesday suggests they’re quite effective at lowering costs—the median deductible for an Obamacare plan in 2016 was $850, a $50 decline from 2015, according to the Department of Health and Human Services (HHS).

Ultimately, boosting Obamacare’s financial assistance is highly unlikely, barring a shakeup in Congress. In fact, House Republicans are currently suing the administration over the cost-sharing subsidies, alleging that the funds for the program weren’t properly appropriated by Congress.