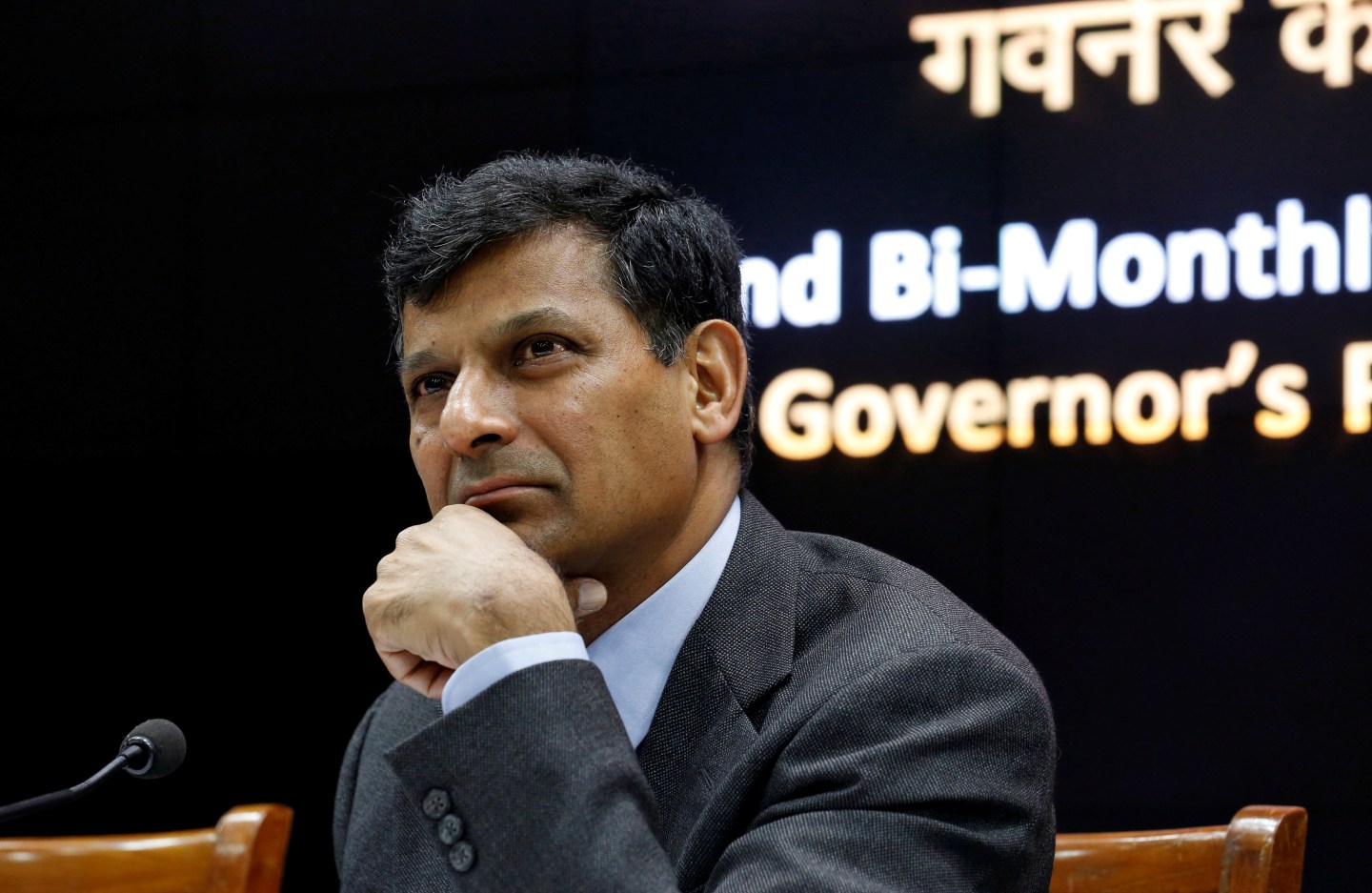 Indian Central Bank Gov. Raghuram Rajan’s recent announcement that he would step down when his term ends in September has unnerved investors around the world. Rajan was widely credited for keeping India’s economy on a stable path; investors worldwide embraced his hawkish policies and greater push for banking reforms.

Judging by the way markets have responded to his exit last month, claims that India will suffer without Rajan is overdone if we look back at the response of Alan Greenspan’s departure from the U.S. Federal Reserve in 2006. During the early years of his 20 years as Fed chairman, Greenspan was just as revered. Both Rajan and Greenspan inherited weak economies; their policies — and those of the government’s — brought a huge improvement to economic conditions. The ex-Fed Chairman lost his halo in 2008 when the U.S. economy fell into a financial crisis, and he had to bear the burden of his policies.

By comparison, Rajan’s performance didn’t appear to please the government under Prime Minister Narendra Modi, as officials and citizens grew frustrated with the lack of credit growth amid a slow growing economy. And while Rajan’s independent views echoed the views of other country’s central banks, they were sometimes accompanied by stern warnings that often infuriated the political elite. Rajan clashed with Modi’s government over interest rates; the governor preferred higher rates to guard against inflation while the government pushed for lower rates to stimulate growth.

So to suggest India will suffer without Rajan has very limited merit. It will be the policies of the government and future governors that will determine whether India finally achieves what it has been dreaming of in recent times: the coveted status of an economic superpower.

Despite frictions between Rajan and Modi’s government, officials had often lauded Rajan for his stewardship at the central bank. Indeed, his exit has come not only as a surprise, but an alarm for many investors. Realistically, as Rajan has suggested, the office of the governor is much bigger than an individual personality. Unlike its neighbors, India has been lauded for its independent institutions where its democracy — the world’s largest — has thrived in a region vulnerable to dynastic politics or authoritarian regimes.

Rajan has been influential. One of his most memorable moves came in October 2013 when he encouraged foreign investments into India at a time when the previous government did little amid various charges of scams and misrule. Rajan brought credibility back to a country that had squandered all its prospects and had gone from one of the world’s best growth-oriented economies to a sick one. If one was to look at his legacy, it would be adding credibility to India’s central bank as an institution the currency will continue to run on its own merit as it has for several decades, albeit with many of the improvements introduced under Rajan.

Under Modi, a lot has changed in India. Even though critics argue that the economic reforms he has promised have been slow to progress, the country thus far has not witnessed any of the corruption scams and inertia in decision-making seen with the previous government. Modi’s government has also not been averse to shaking up many of the unnecessary practices and laws that had burdened the country during the previous regime. They have introduced several new laws to support banks in recovering their dues, whilst simultaneously introducing new bankruptcy laws that will smoothen the procedures.

The government has prided itself on its quick policy making and there has been something of a patriotic zeal in their chest-beating over results – both delivered and hoped for. This is where Rajan has stumbled. His politically incorrect narrative infuriated several politicians who see the new government’s achievements being under-appreciated by both the governor and the world at large. They must certainly not like their successes being attributed solely to Rajan’s tenure as the governor.

Nonetheless, Rajan’s popularity can’t be dismissed. Announcement of his exit came amid the government’s sweeping efforts to reform foreign direct investments. There has been a dramatic FDI overhaul across no fewer than nine key sectors — a move that has surprised some, as government reforms typically take much longer to implement. The more cynical among us could perhaps suggest that the timing of India’s FDI reforms implies a certain desire by the government to deflect attention away from Rajan. However, the nature of the reforms, rather than the timing, is more interesting – they are seismic.

India was the largest foreign direct investment destination in the world last year in terms of investments announced, totaling some $63billion, and these further relaxations that Modi’s government has pushed through could help India consolidate its position. Consolidation is key at the moment, after all. India and its banks are currently lurching under the pressure of bad loans – admittedly, something that all developing markets seemingly must go through – and foreign direct investment is perhaps the only investment engine available to restart the growth cycle.

Corporate investment and exports have both slumped and foreign investment is seen as the solution – for pretty good reason. Modi’s government has been strong on business, strong on external diplomacy and, from the start, strong on opening India’s doors for foreign investment. FDI has brought success to Modi’s India, it would have been a real surprise if it wasn’t a focal point of his long-term plan for sustained economic success.

The flurry of relaxations in FDI is probably at least in part a product of Rajan leaving. However, the decision to relax norms in an attempt to make India the world’s most open economy for FDI is no knee-jerk reaction. Foreign direct investment has benefited the Indian economy massively in the two years since Modi swept into power, and he is now making sure that the positive sentiment between India and foreign investors outlives Rajan’s tenure at India’s central bank.