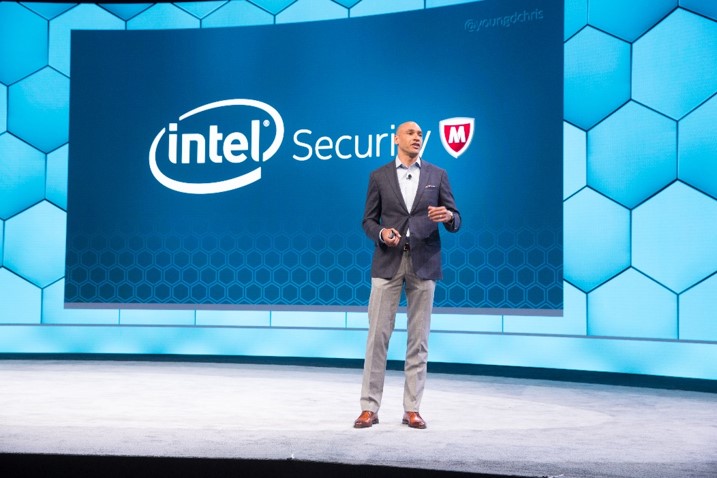 With rumors swirling that Intel may sell off its cyber security software unit, some analysts are cheering for the possible divestment.

Intel acquired the bulk of the business in its $7.7 billion purchase of McAfee in 2010. After a few years of missteps, the security business finally seemed to take off in 2015, with CEO Brian Krzanich citing the McAfee integration as a model for how the company would handle its more recent purchase of Altera.

Over the past few weeks, however, reports have surfaced that Intel was considering divesting the security unit. Private equity firms Thoma Bravo, Permira, and Vista Equity Partners conducted preliminary research in case of a sale, Bloomberg reported on Wednesday. Intel declined to comment.

Why would Krzanich dump the security unit just months after highlighting it?

A sale would be “unsurprising” given that the security unit’s efforts have been “mixed at best,” Guggenheim analyst Ryan Hutchinson wrote in a report analyzing a possible deal. Intel phased out an email security offerings and dumped its firewall security business last year, Hutchinson noted.

“In the midst of the heightened M&A activity that is taking place across software and security, we believe that Intel could opportunistically seek to divest an acquisition that the company largely failed to integrate at a valuation that will likely be satisfactory, if not standout,” Hutchinson concluded.

A divestiture could come as part of Krzanich’s broad restructuring of the company away from PC-dependent businesses. In April, Krzanich said he would cut some 12,000 jobs and shift resources towards higher growth areas. Since the announcement, Intel has already cut back on some of its mobile chip lines that failed to get traction.

“The sale of McAfee would contribute to Intel’s employee reduction target without actually costing exiting employees their jobs,” Argus Research analyst Jim Kelleher said in a recent report. “Intel may also sense that the time is right for cybersecurity industry consolidation.”

Intel (INTC) is unlikely to garner much more than it paid for the security unit, the analysts said, with the price depending on an exact breakdown of the unit’s sales. If most sales are still dependent on PC usage, the price would likely be under $5 billion. If the sources of revenue of are more diversified, the price could be much closer to the original $7.7 billion, according to Kelleher.

Intel may have missed an opportunity to sell at the height of the market, however, as shares of cyber security companies have fallen considerably over the past year. Shares of FireEye (FEYE), for example, are down 66% and Rapid7 (RPD) shares have lost 50%.