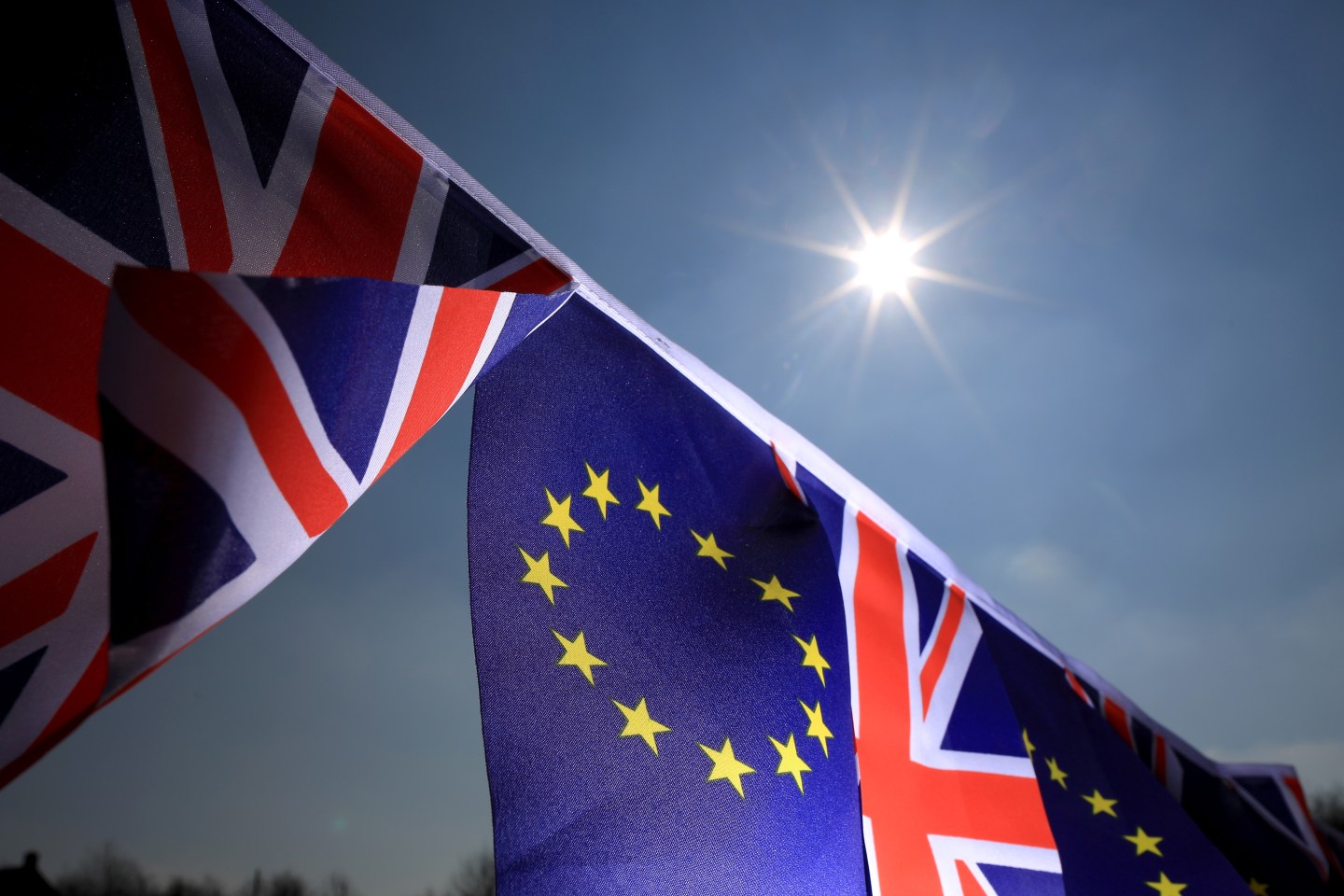 KNUTSFORD, UNITED KINGDOM - MARCH 17: In this photo illustration, the European Union and the Union flag sit together on bunting on March 17, 2016 in Knutsford, United Kingdom. The United Kingdom will hold a referendum on June 23, 2016 to decide whether or not to remain a member of the European Union (EU), an economic and political partnership involving 28 European countries which allows members to trade together in a single market and free movement across its borders for citizens. (Photo by illustration by Christopher Furlong/Getty Images)
Christopher Furlong Getty Images

A new commercial data pact between the European Union and the United States entered into force Tuesday, ending months of uncertainty over cross-border data flows, and companies such as Google, Facebook, and Microsoft can sign up from Aug. 1.

The EU-U.S. Privacy Shield will give businesses moving personal data across the Atlantic—from human resources information to people’s browsing histories to hotel bookings—an easy way to do so without falling foul of tough EU data transferal rules.

The previous such framework, Safe Harbour, was struck down by the EU’s top court in October on the grounds that it allowed U.S. agents too much access to Europeans’ data.

In the months that followed the EU ruling companies have had to rely on other more cumbersome mechanisms for legally transferring data to the United States.

The Privacy Shield will underpin over $250 billion of transatlantic trade in digital services annually.

Google (GOOG) said it would make sure its services and products meet the Privacy Shield’s requirements and would cooperate with EU data protection authorities in case of inquiries.

On Monday Microsoft (MSFT) said it had started the process of implementing the requirements of the Privacy Shield—which includes stricter rules on how companies may use data—and would sign up to it as soon as possible.

A person familiar with social network Facebook’s (FB) thinking said the company had not yet decided whether to sign up.

“It’s too early to say as we haven’t seen the full text yet but like other companies we will be evaluating the text in the coming weeks,” the person said.

The Privacy Shield seeks to strengthen the protection of Europeans whose data is moved to U.S. servers by giving EU citizens greater means to seek redress in case of disputes, including through a new privacy ombudsman within the State Department who will deal with complaints from EU citizens about U.S. spying.

However, the framework also faces criticism from privacy advocates for not going far enough in protecting Europeans’ data and is widely expected to be challenged in court.

Max Schrems, the Austrian law student who successfully challenged Safe Harbour, said the Privacy Shield was “little more than a little upgrade to Safe Harbour.” However he added that he did not have plans to challenge it himself for the time being.

“We are confident the framework will withstand further scrutiny,” Penny Pritzker, U.S. Secretary of Commerce, told a news conference.