Poll: Voters Are More Worried by Violence Against Police Than Police Brutality 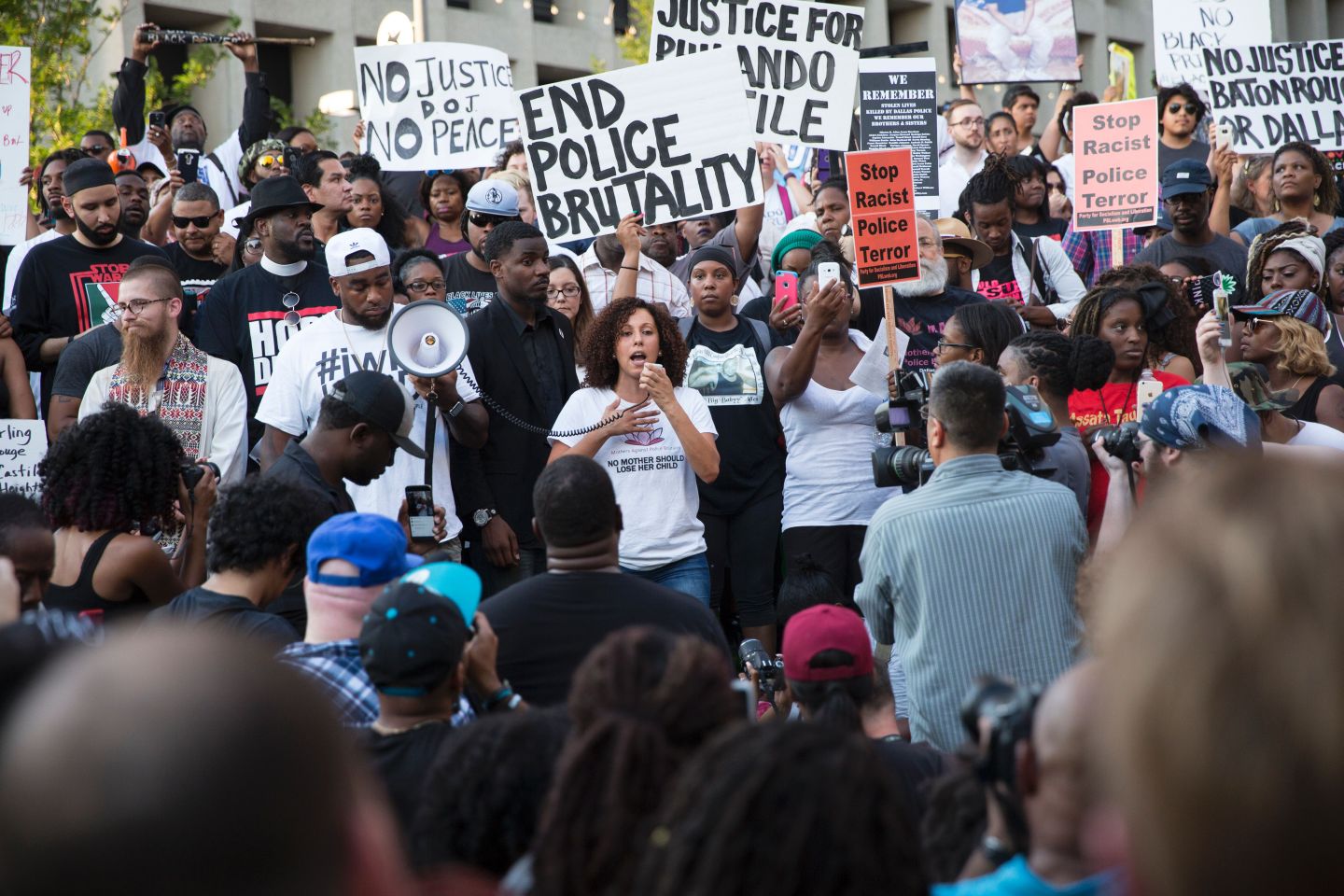 TOPSHOT - People rally in Dallas, Texas, on Thursday, July 7, 2016 to protest the deaths of Alton Sterling and Philando Castile. Black motorist Philando Castile, 32, a school cafeteria worker, was shot at close range by a Minnesota cop and seen bleeding to death in a graphic video shot by his girlfriend that went viral Thursday, the second fatal police shooting to rock America in as many days. / AFP / Laura Buckman (Photo credit should read LAURA BUCKMAN/AFP/Getty Images)
Laura Buckman — AFP/Getty Images

But, in the weekend that followed two high-profile, controversial police shootings of black men in Louisiana and Minnesota, a new Morning Consult survey found African Americans to express serious concerns about police officers harming them, a view shared by far fewer white voters.

More than half of voters, 56 percent, said they had very serious concerns about violence against police, concerns that were expressed by 57 percent of white voters, 53 percent of Hispanic voters and 52 percent of African American voters.

But only 45 percent of voters said they view police violence against the public as a very serious fear, a view shared by 78 percent of African American voters but just 39 percent of white voters.

Only 26 percent of voters said security is their top concern when thinking about who to cast their vote for in House and Senate races, down slightly from last month after the Orlando shooting, when the subject was nearly tied with economic issues.

The national Morning Consult survey polled 2,001 voters from July 8-10 for a margin of error of plus or minus 2 percentage points. See the toplines and crosstabs.