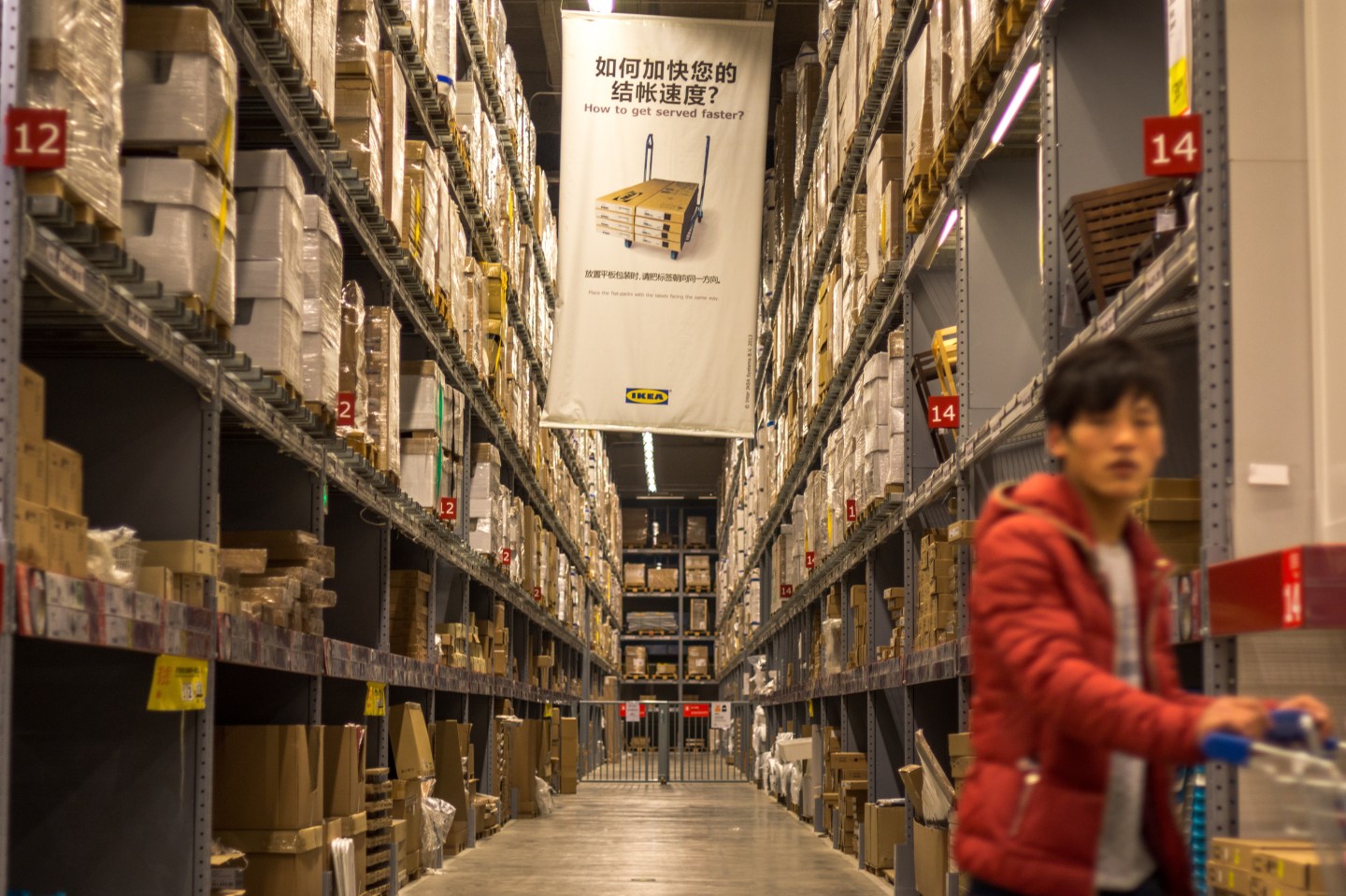 Ikea expanded the recall of its problematic Malm dressers to China on Tuesday as the country’s General Administration of Quality Supervision, Inspection, and Quarantine announced that the Swedish retailer had submitted a recall plan that applies to about 1.7 million products in mainland China.

In late June, Ikea announced the recall of 8 million Malm dressers and 21 million other chests in the U.S. and 6.6 million units in Canada. That notice followed the deaths of three children who were crushed by the dressers over a two-year span. Ikea had introduced a repair program in July 2015 that urged customers to attach Malm units to the wall, but it reexamined its response to the tip-over risk after the third child’s death in February 2016.

The June recall’s limited geographical scope irked regulators in China. The nation’s official Xinhau news agency published an editorial on Sunday that said Ikea’s decision against a more comprehensive recall illustrated the furniture maker’s “arrogance” and irresponsibility. Ikea told Fortune earlier this year that it sold 65 million Malm units worldwide over 13 years. Ikea said last week that it would offer Chinese customers free anchoring kits, but it would not recall the Malm products in China since the units met local standards. Ikea’s recall also didn’t apply to the EU, the company’s biggest market.

In a notice posted Tuesday to its Chinese language site, Ikea reiterated its advice to attach the Malm to the wall, but it also promised a refund to customers who returned the furniture. The company did not immediately return a request for comment on why it changed its stance on recalling the item in China.

Ikea’s approach to its troublesome Malm series has prompted criticism in other arenas too. In April, U.S. safety officials blasted the retailer for its attempt to fix the tip-over problem by telling customers to attach the item to a wall. The “repair” campaign didn’t mention the word “recall,” and representatives from groups like the Consumer Federation of America and the National Center for Health Research said that language choice “reduce[d] the impact” of their efforts to “educate and encourage consumers to recognize the need for action when they hear about a recall.” Safety officials also said the Malm didn’t meet the U.S.’s voluntary industry standards that require each drawer of a dresser to withstand 50 pounds of weight, and that they should stop being sold.

In announcing the recall in North America in June, Ikea said that “taking further action was the right thing to do.”