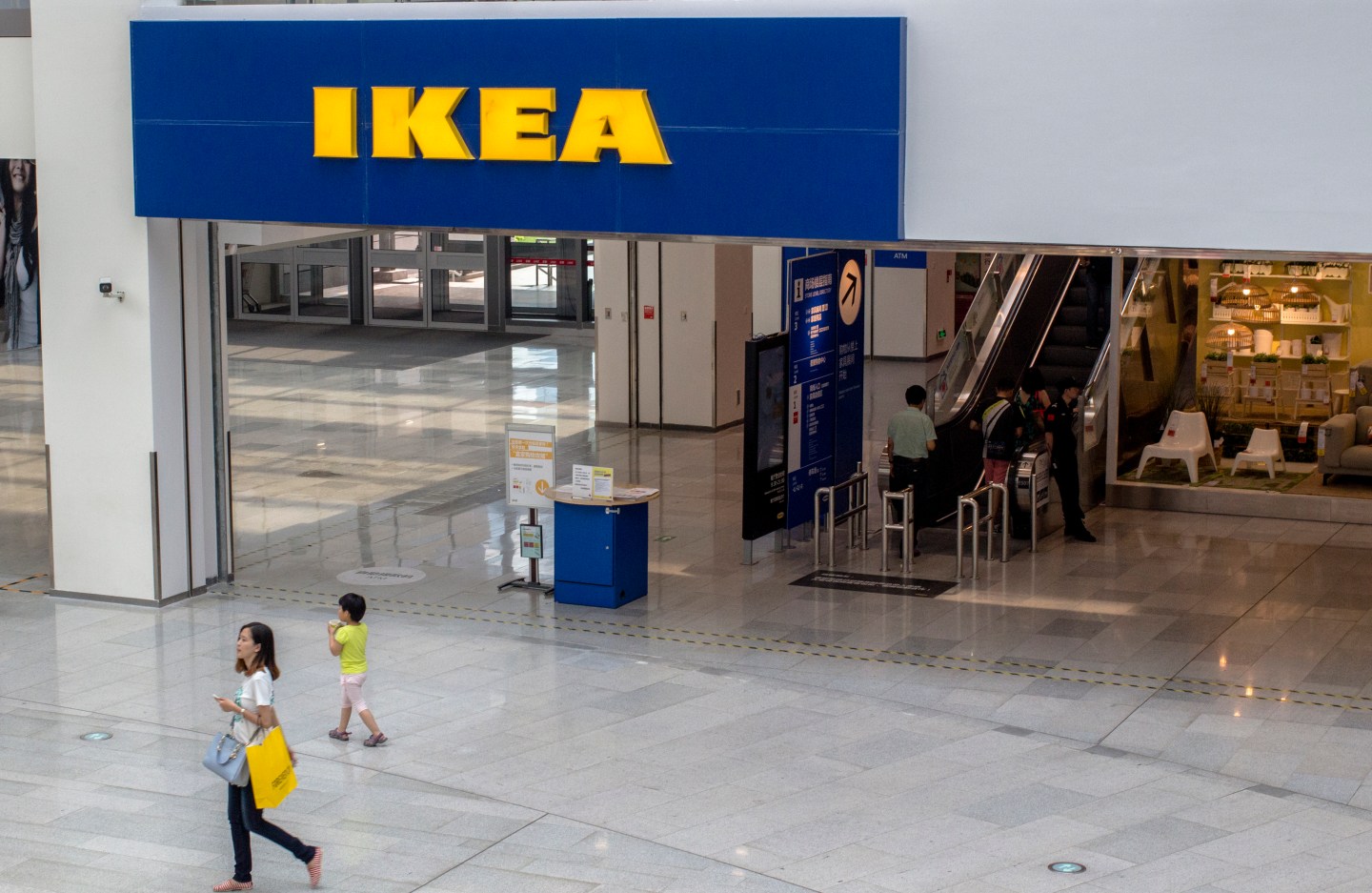 Ikea will stop selling one of its most iconic items—a low-cost dresser that’s a staple of college dorms and starter apartments—and will offer refunds to the millions of customers who have purchased the unit going back as far as a decade, according to a report Monday. The action comes after the Malm dresser was cited in the deaths of three children who were crushed under the chest in the past two years.

The news was reported by the Philadelphia Inquirer, which cited a federal agency source briefed on the move that’s expected to be announced on Tuesday.

The recall action would be outsize in scale. Ikea told Fortune earlier this year that it’s sold 65 million Malm units worldwide over the past 13 years.

Ikea confirmed the recall to Fortune late Monday. In a statement, spokeswoman Mona Astra Liss said Ikea is announcing the recall given the death of a third child. Ikea had notified customers of Malm’s tip-over risk last year and urged them to attach the dresser to a wall. “It is clear that there are still unsecured products in customers’ homes, and we believe that taking further action is the right thing to do,” Liss said.

Scott Wolfson, spokesperson for the Consumer Product Safety Commission, which issues product recalls, said Monday night that he could not confirm the details of the Inquirer story “at the moment.”

The first Malm-related death came in early 2014 when a two-year-old named Curren Collas in West Chester, Penn. died after a six-drawer Malm chest toppled over. Four months later, another toddler, 23-month-old Camden Ellis from Snohomish, Washington, died after a three-drawer version of the Malm fell and trapped him.

For decades, Ikea has included wall restraints with its chests of drawers. “Wall attachment is an integral part of the assembly instructions,” Liss told Fortune in a statement earlier this year. In both toddler deaths, the Malm was freestanding. “We have expressed our sincerest condolences to the families,” the statement said. “We were deeply saddened by what happened, and we hope that our efforts to raise awareness of the risks of tip-over will prevent further tragedies.”

In an effort to stave off more incidents, Ikea, with the CPSC, issued a “repair” notice—technically a type of recall—for the Malm in July 2015, telling customers they must attach the chest to a wall and that they could request a free restraint from the company. Ikea told Fortune in April, that it sent out 300,000 free wall attachment kits to consumers in the U.S. through April 3, 2016. The repair notice covered 27 million units. Ikea continued to sell the Malm series even after the children’s deaths and its own safety warnings.

Ikea’s repair bulletin rankled safety officials because it did not actually include the word “recall,” which experts say is an unprecedented occurrence that suggests Ikea had received special treatment. In a letter sent to CPSC chairman Elliot Kaye earlier this year, representatives from the Consumer Federation of America, Kids In Danger, the Consumers Union, and the National Center for Health Research, said they “have worked to educate and encourage consumers to recognize the need for action when they hear about a recall.” Calling it something else, they say, “reduces the impact of all of that hard work on behalf of safety.” The letter also said the Malm didn’t meet the voluntary industry standards that require each drawer of a dresser to withstand 50 pounds of weight and they should stop being sold.

That criticism carried even more weight since in February 2016, a Malm dresser fell on a third child, 22-month-old Theodore McGee in Minnesota, and crushed him to death.

In April, Wolfson of the CPSC said the agency was “looking into” the third tip-over fatality.

Ikea faces two wrongful death lawsuits filed by the families of Curren Collas and Camden Ellis that accuse the company of knowingly selling unstable dressers that “presented an unreasonable tip-over hazard.” The lawsuits also claim that Ikea did not include adequate hardware to securely anchor the dresser to many or most wall surfaces.

The allegations and the Malm defects are a substantial, but rare blemish for the quirky Swedish furniture maker, which has established a near-sparkling corporate reputation by diligently conducting consumer research, paying a higher-than-average minimum wage to its workers in the U.S., and treating its employees in an egalitarian manner.

This story has been updated to reflect Ikea’s comments.